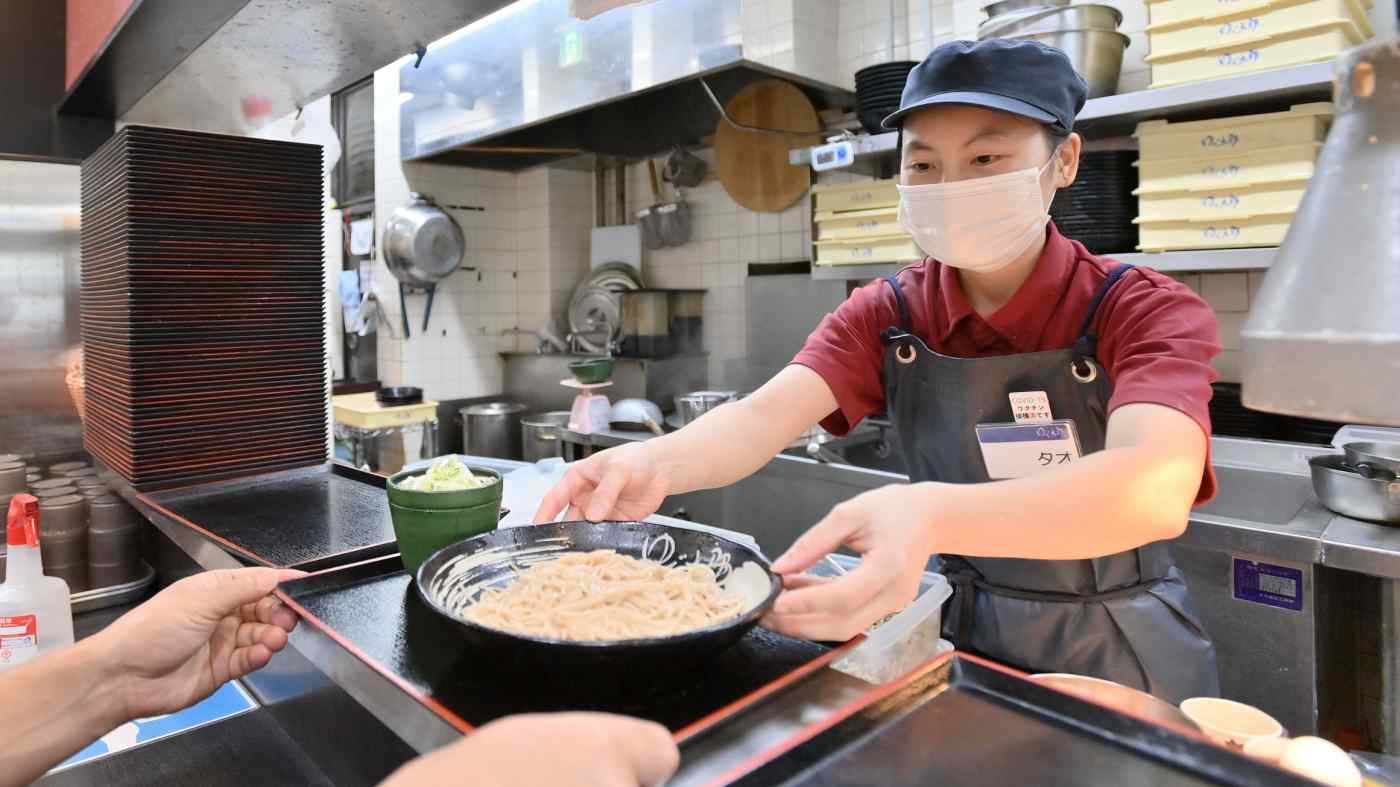 A Vietnamese woman works at a restaurant in Tokyo, under a program created in 2019 to fill 14 understaffed sectors. (Photo by Mizuho Miyazaki)
EUGENE LANG, Nikkei staff writerNovember 17, 2021 18:00 JST | Japan
CopyCopied

TOKYO -- Japan is considering letting foreign nationals working in farming, food service and other sectors remain in the country indefinitely as soon as next fiscal year, sources familiar with the matter said, a significant turning point for a country that has long kept its borders mostly closed to immigrants.

Permanent residency is now generally granted only to people in certain specialty occupations, such as engineers. But as Japan faces a labor shortage amid a rapidly aging population, officials are reconsidering this stance.