Asian countries accounted for 95%, led by China, Vietnam and Nepal 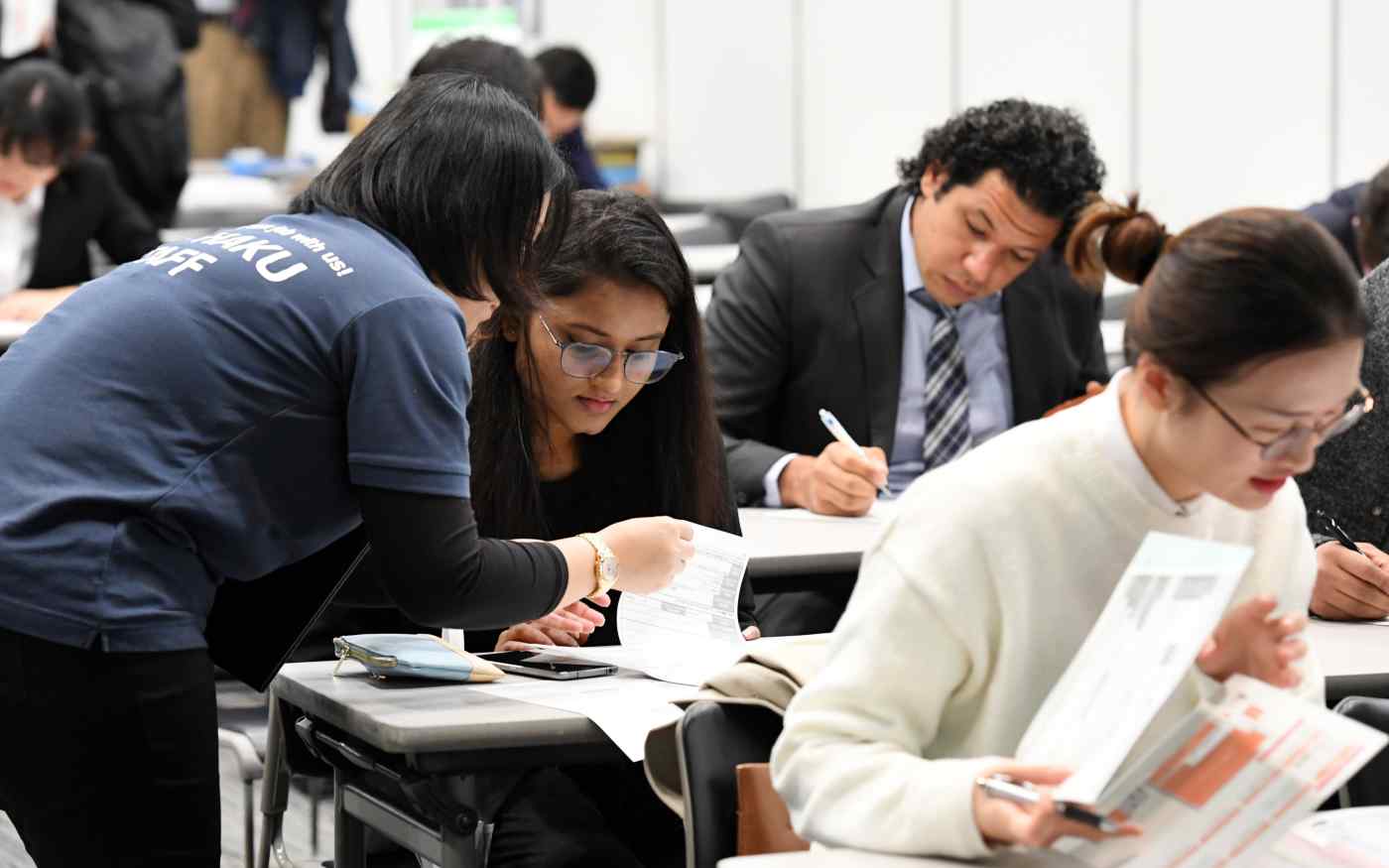 The figure was up by 3,523 from 2017, marking the eighth straight annual increase and the highest since record keeping began in 1992.

The government said more international students are simply coming to Japan. This gives companies a larger pool of foreign talent to choose from, at a time when the country is facing an acute shortage of domestic workers.

Overall, translation and interpretation jobs accounted for the biggest percentage of the hires -- 23.6%. Sales and marketing positions made up 13.4%, while employment in companies' overseas operations came to 9.0% and technology development (information processing) accounted for 6.5%.

In April, the government revised the Immigration Control Act to introduce a new status of residence called "Specified Skilled Worker." Foreign nationals who pass skills and Japanese-language tests and are granted the new status can work in 14 industries suffering from serious labor shortages, including nursing care and restaurants.

Visa holders with this status can reside in Japan for a total of five years.

Under the new system, the government expects to accept a maximum of about 345,000 foreign workers over the next five years.