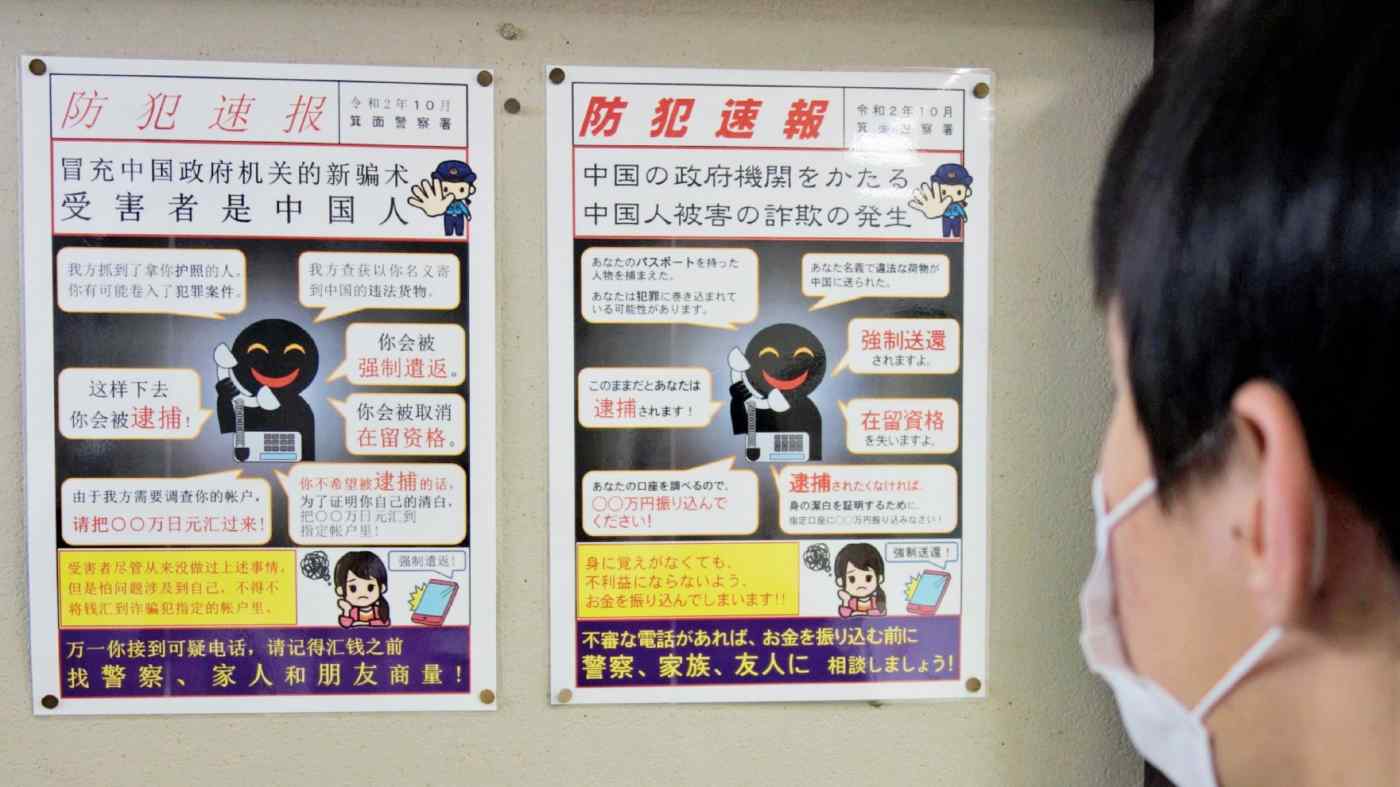 OSAKA -- Chinese nationals living in Japan are being targeted with bank-transfer scams, in which persons purporting to be Chinese government officials threaten victims with canceled visas or forced repatriation if they do not pay money.

As Beijing cracks down on this type of fraud at home, suspicion mounts that criminal groups have shifted their focus to Chinese living overseas.

In early September, a Chinese woman in her 30s living in Osaka received a call on her mobile phone from a man claiming to be from the Chinese embassy. "We've arrested someone with a passport that appears to be forged in your name," he said. "You will be banned from reentering China unless you pay a fee to lift the ban." Frightened, the woman followed the man's instructions and transferred 3 million yen ($29,000) into a designated bank account.

In May, another Chinese woman in Osaka received a call from someone claiming to be embassy staff. "A man in Shanghai had your passport," the person said. "We will have to cancel your visa." Later, a person claiming to be a Chinese police officer said that her account was being used for money laundering. The person sent her an image of a forged arrest warrant with her picture via a messaging app.

Fearing arrest, the woman followed the man's instructions and put 7.65 million yen in cash in an Osaka locker, but she lost contact with him. In August, Osaka police arrested a 20-year-old Taiwanese national who retrieved the money on suspicion of fraud. Two other Taiwanese who were allegedly involved fled to Taiwan.

As of Wednesday, there have been 23 cases in Osaka of scammers posing as embassy and other Chinese government officials targeting resident Chinese, according to police. Damages have totaled about 54.6 million yen. In Tokyo, there have been more than 20 cases since January. 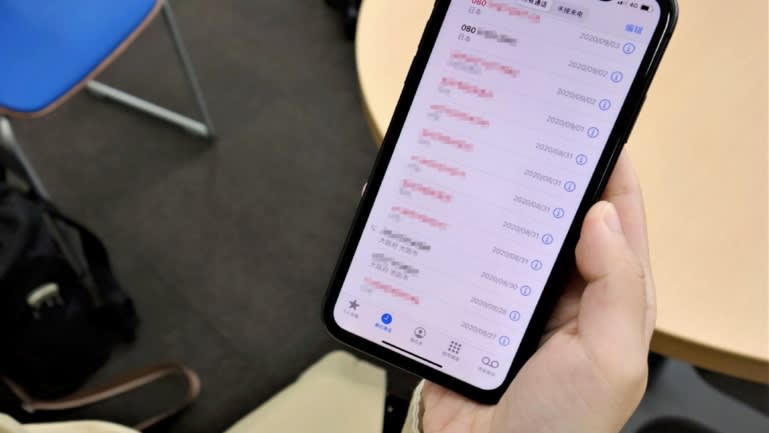 Why are Chinese in Japan being targeted?

In China, these scams are labeled "wire fraud," according to Wang Yunhai, a professor of comparative criminal law and an expert on Chinese criminal law at Hitotsubashi University in Tokyo. Since spring 2019, there has been a sharp increase in wire fraud in China, in which scammers impersonated public officials, forcing Beijing to crack down. But as domestic cases have decreased, criminal groups may have shifted their focus to overseas Chinese, Wang said.

There were about 780,000 Chinese residents in Japan as of the end of June 2020, according to Japan's Justice Ministry, up about 16% over the past 10 years. "Chinese are susceptible to believing government officials and public authorities," Wang said. "Criminal groups take advantage of that and play on their fears by threatening forced deportation."

If a foreign national in Japan is a crime victim, local police investigate the case. "We suspect that criminal groups based in China and Taiwan are targeting Chinese living in Japan, expecting the Japanese police will have difficulty investigating them," said a senior police official.

Since September, Osaka police have been making posters in Chinese to warn about the scams and distributing them at universities with large numbers of international students.

The number of suspicious international calls coming into Japan has been on the rise since fall.

According to Nagoya-based Tobila Systems, a company that provides services to block nuisance calls, the number of calls coming from fictitious country codes, such as +83 and +422, has increased sharply since September. On certain days, more than 5,000 such calls were seen. There have even been cases of individuals being scammed over the phone by automated recordings in Chinese.

Users should not answer calls coming from unfamiliar numbers, such as international calls that begin with the "+" mark, according to Tobila Systems.