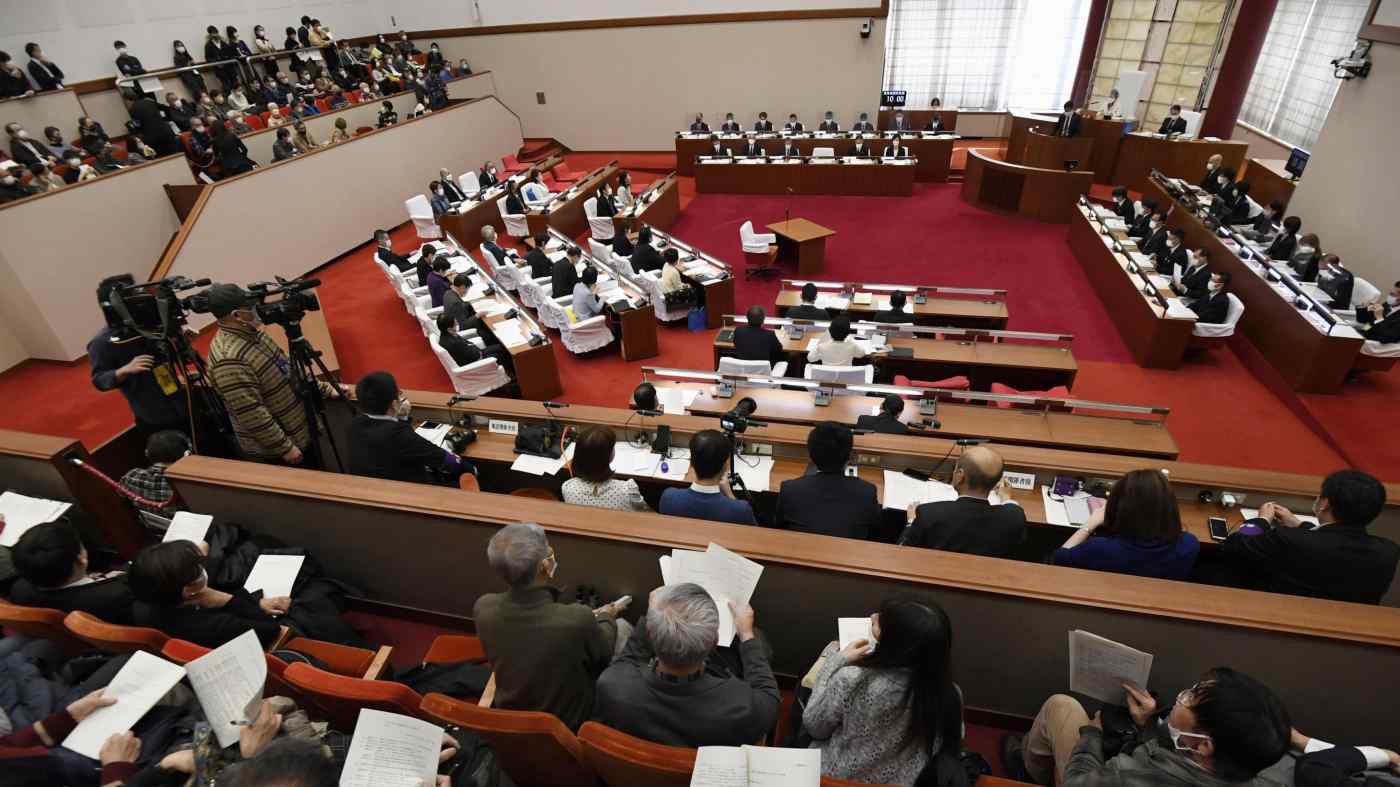 TOKYO (Kyodo) -- A city assembly in suburban Tokyo rejected Tuesday a proposed ordinance that would have allowed foreign residents to vote in local referendums, amid concern voiced by some conservatives that it could give foreigners a say in national security matters.

When first submitted in November, the proposal divided opinions in the assembly of the Musashino city with a population of nearly 150,000 including some 3,000 foreign residents. It also drew flak online, with critics saying it could be a step toward granting foreigners the right to vote in national elections.

Musashino, which has the popular shopping and residential district of Kichijoji, failed to join two other Japanese cities that have granted voting rights to foreigners living there for three months or longer in referendums without attaching special conditions -- Zushi in Kanagawa Prefecture and Toyonaka in Osaka Prefecture.

Aside from the two cities, about 40 among more than 1,700 municipalities in Japan have allowed foreigners to vote in referendums but with some conditions, such as having permanent residency status.

"There were voices in the city assembly that the proposal has not sufficiently gained the citizens' understanding," said Musashino Mayor Reiko Matsushita, who made the controversial proposal in seeking to create a diverse city.

She suggested she will review her proposal by listening to the opinions of more people.

The voting down of the ordinance at a plenary session of the assembly by 14 to 11 came after its general affairs committee approved the plan last week, with its chair giving it the green light. Three among the six members of the committee voted in favor of the plan, while the other three rejected it.

The proposal was to allow foreigners aged 18 or above to vote in referendums if they have lived in the city for at least three months -- the same conditions applied to Japanese residents. The results of local referendums are not legally binding.

In a session held prior to voting, the assembly remained divided, with some saying it is a proposal that contributes to realizing a diverse city, while others criticized it for causing confusion due to insufficient explanations to citizens.