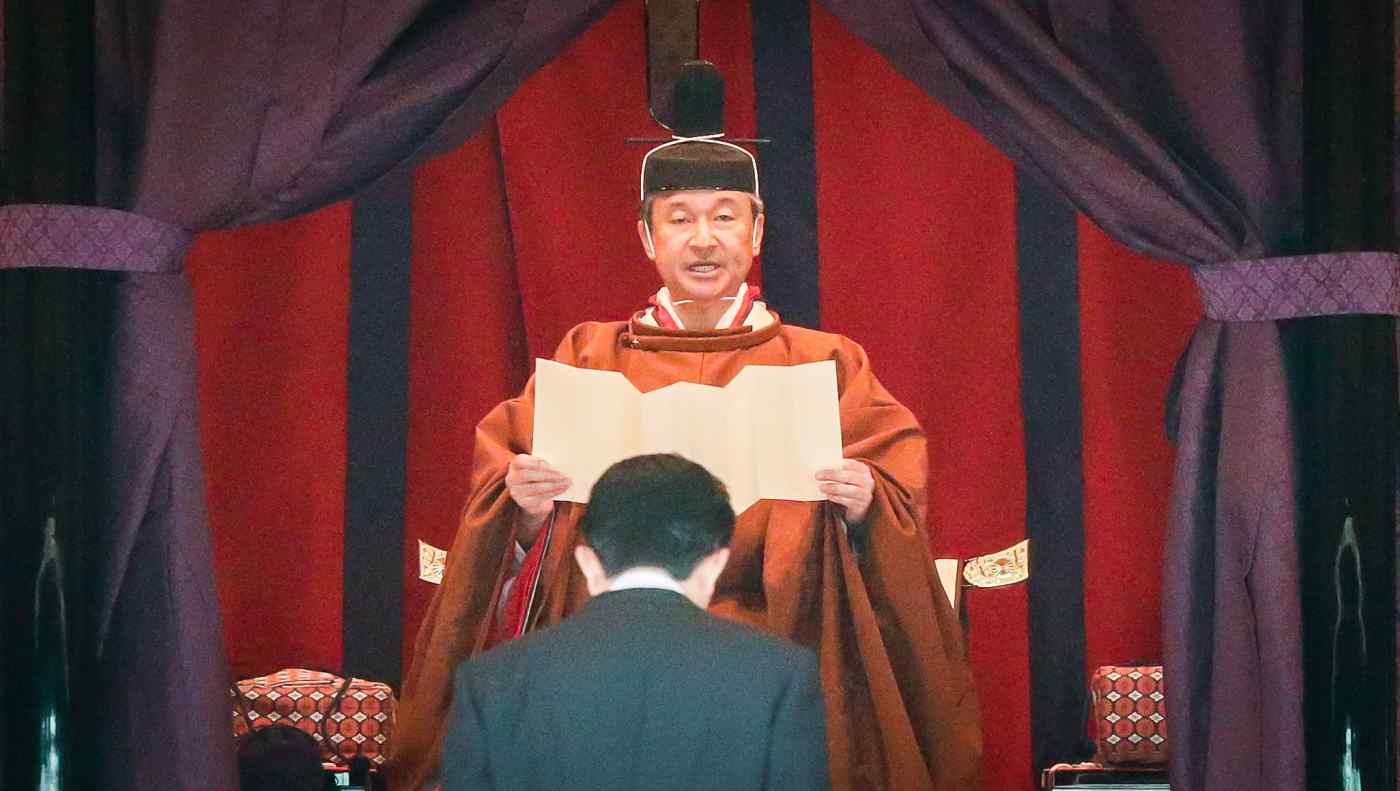 Japan's Emperor Naruhito formally proclaimed his accession to the throne on Tuesday, promising to fulfill his duties in his new role. The following is an unedited transcript of his proclamation.

Having previously succeeded to the Imperial Throne in accordance with the Constitution of Japan and the Special Measures Law on the Imperial House Law. I now perform the Ceremony of Enthronement at the Seiden State Hall and proclaim my enthronement to those at home and abroad.