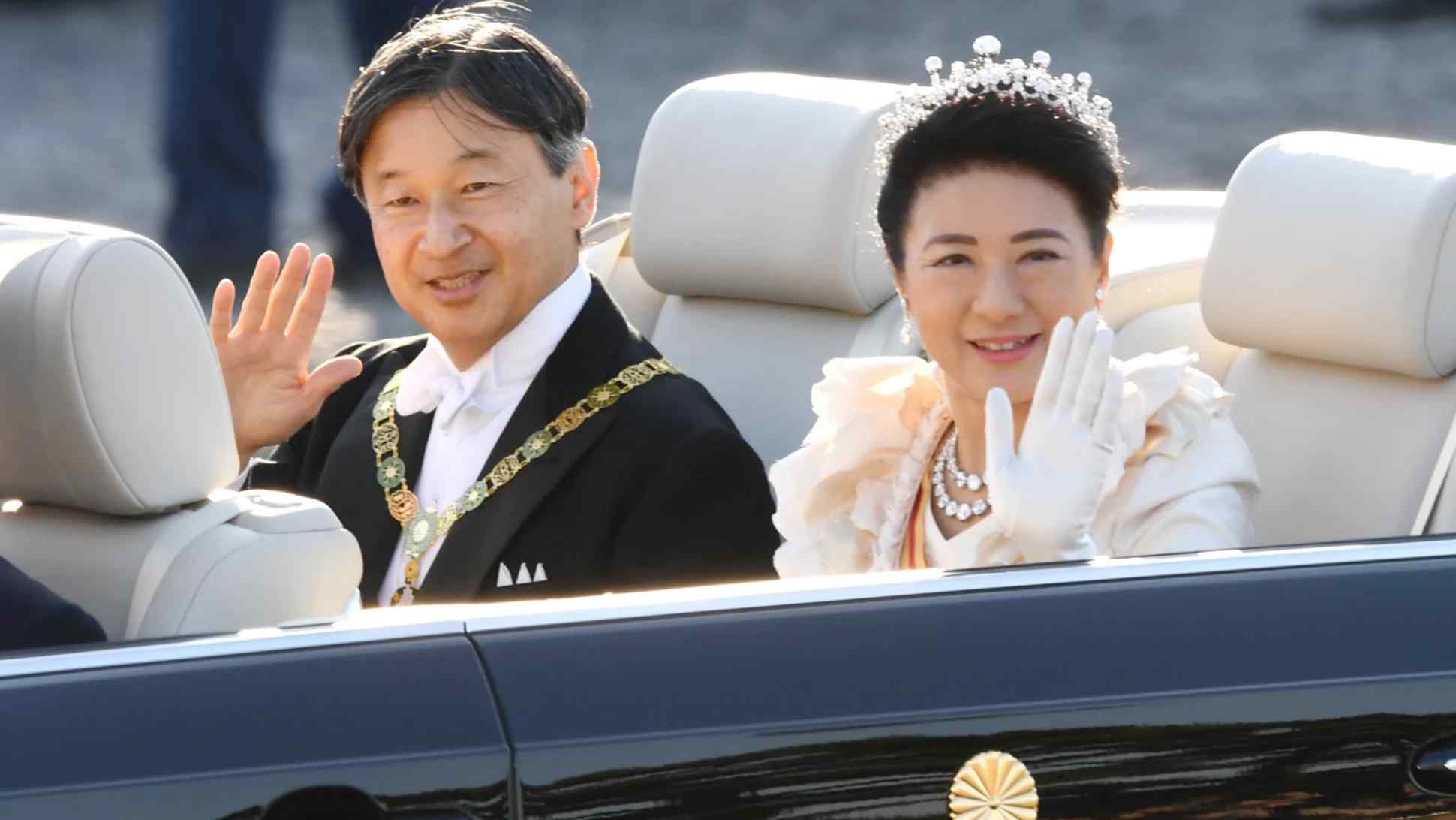 Japan's Emperor Naruhito and Empress Masako wave to well-wishers during their royal parade to mark the enthronement of Japanese Emperor Naruhito in Tokyo on Nov. 10. (Photo by Masayuki Terazawa)
Japan's Reiwa era

TOKYO -- A crowd of around 119,000 people gathered Sunday to hail Emperor Naruhito and Empress Masako as they took part in an enthronement parade that was delayed by a strong typhoon in October.

Naruhito ascended the throne in May, after his father, Emperor Akihito, became the first Japanese emperor to abdicate in more than 200 years.