Guests from around the world flock to Tokyo's Imperial Palace

TOKYO -- Japan's Emperor Naruhito formally proclaimed his accession to the throne on Tuesday as 2,000 guests from 180 countries and international organizations attended the ceremony.

He promised to act in accordance with the Constitution and fulfill his duties as the symbol of the nation and the unity of the Japanese people.

He is also the symbol of Japan's new era: Reiwa.

Below are photographs of scenes from the ceremony and related events. 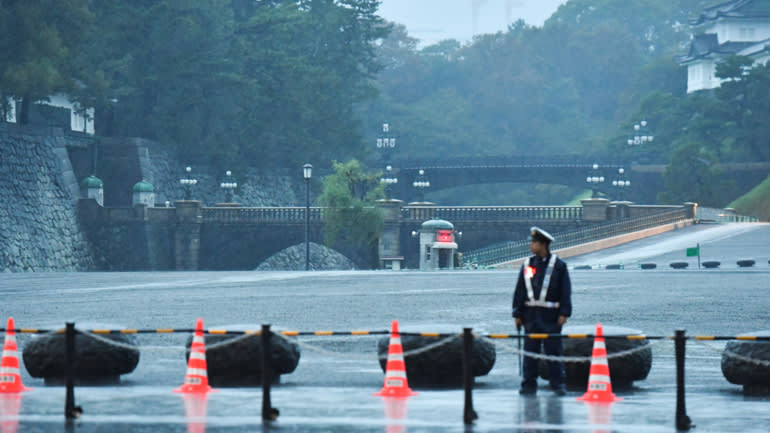 A guard stands watch outside the Imperial Palace on enthronement day. A guard stands in a security booth outside the palace.

People gather outside the palace early in the hope of getting a glimpse of the emperor before his formal enthronement. 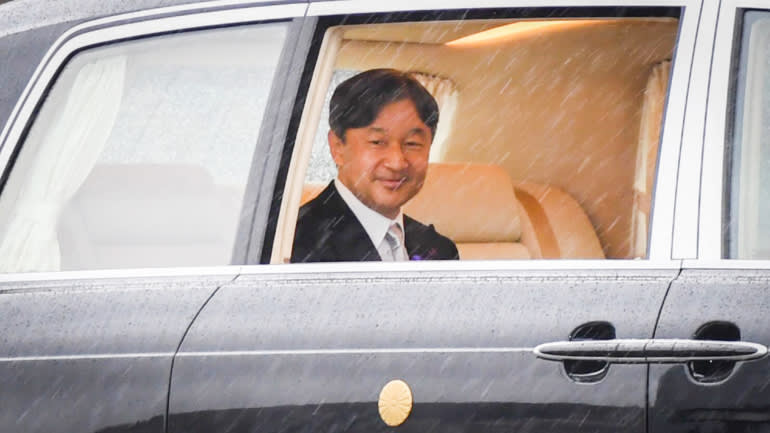 Emperor Naruhito arrives at the palace on the morning of his formal enthronement. 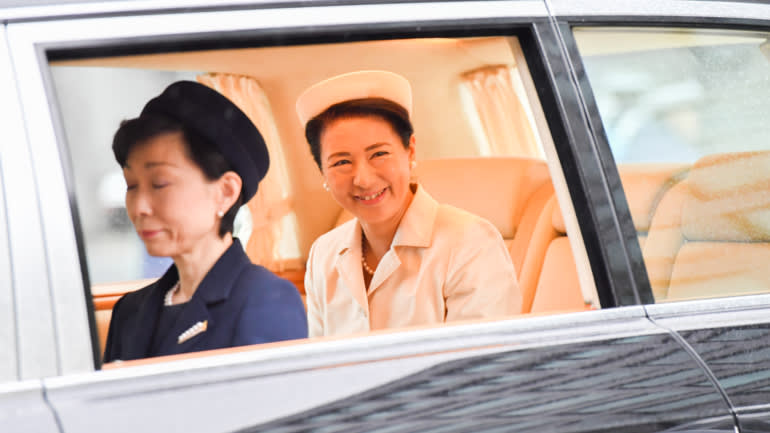 Japan's Empress Masako arrives at the palace for her husband's enthronement. Rain greets Crown Prince Akishino, right, and Crown Princess Kiko, second from right, as they arrive at the palace for the enthronement ceremony. Japanese Prime Minister Shinzo Abe arrives at the site of the enthronement ceremony, where he later congratulated the emperor and joined a chorus of cheers with other guests. 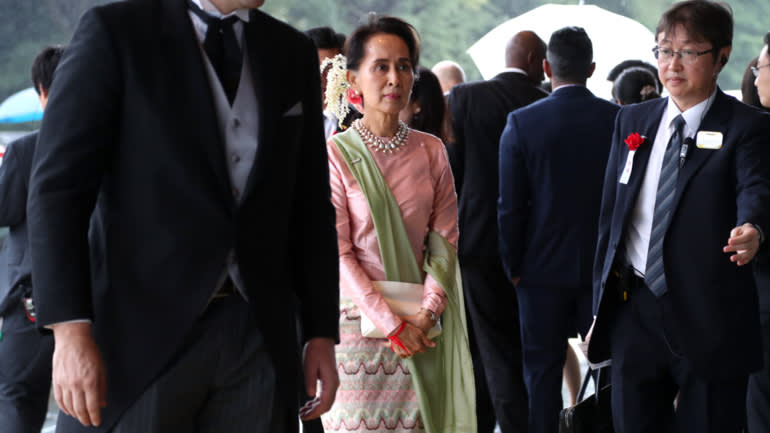 Hong Kong Chief Executive Carrie Lam arrives at the palace for the ceremony.

Chinese Vice President Wang Qishan arrives at the palace for the enthronement ceremony. After a rainy morning, a blue sky emerges over the palace on the day of the enthronement ceremony. 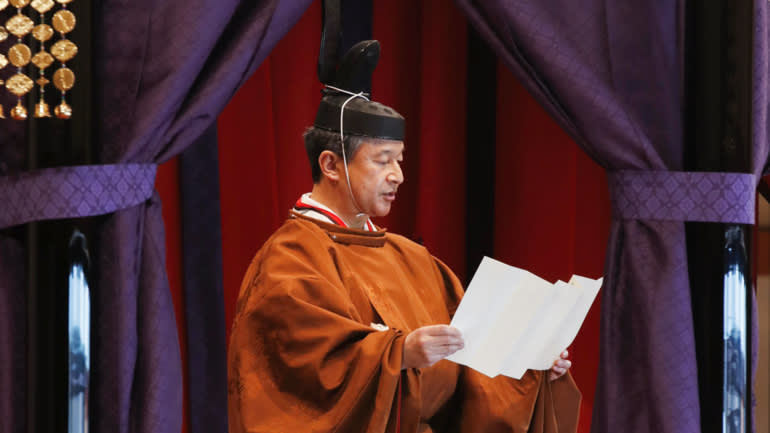 Emperor Naruhito formally proclaims his accession to the throne at his enthronement ceremony. 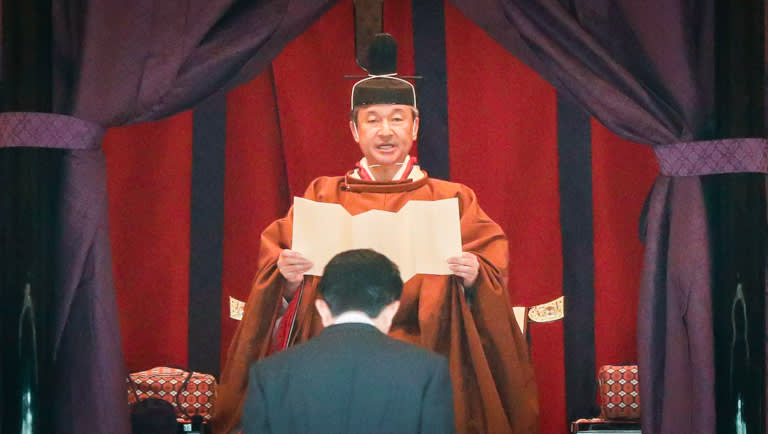 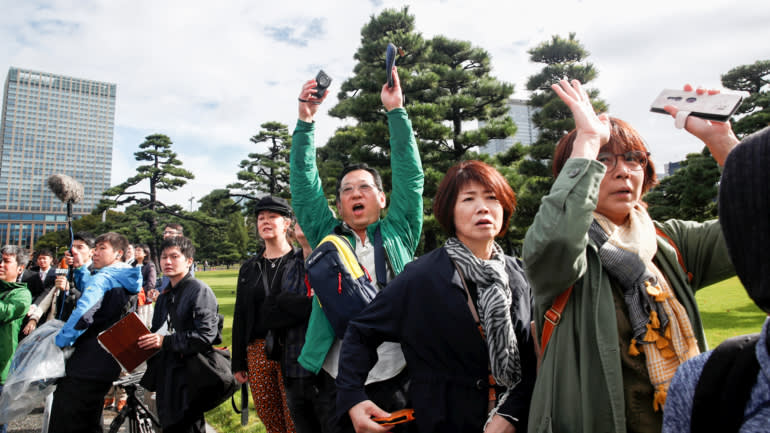 People celebrate the news of Emperor Naruhito's enthronement outside the palace. 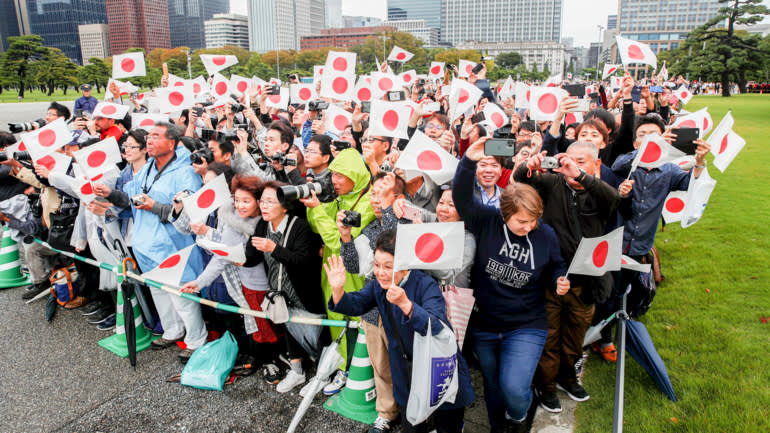 A crowd gathers outside the palace hoping to see the new emperor depart after his enthronement. Empress Masako leaves as the ceremony comes to a close. 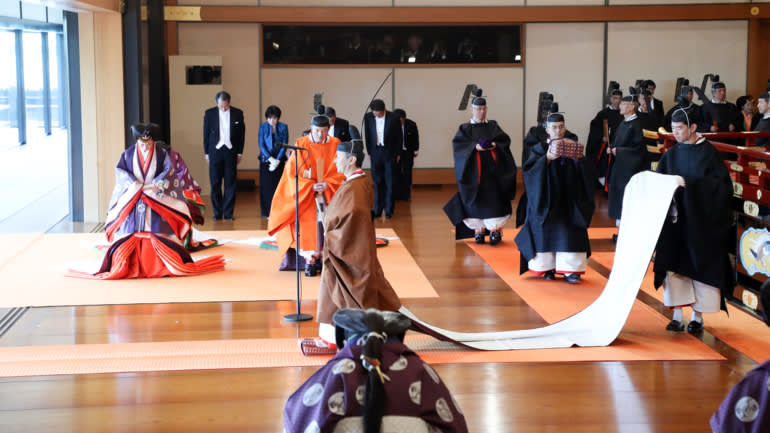 The ceremony over, Emperor Naruhito leaves with the help of an attendant. Japanese Emperor Naruhito and Empress Masako are driven to the Imperial Palace in Tokyo for a banquet after the enthronement ceremony. 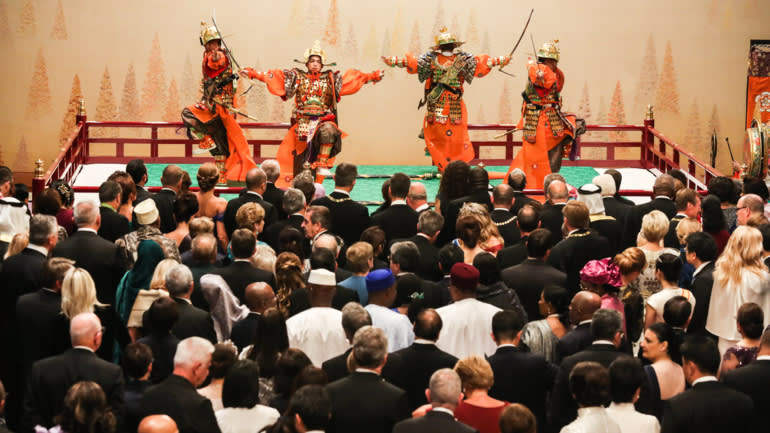 Royals, government officials and other dignitaries mingle ahead of a banquet at the Imperial Palace. A sample of the banquet menu, which included grilled sea bream and steamed abalone. Halal and vegetarian dishes were also served. 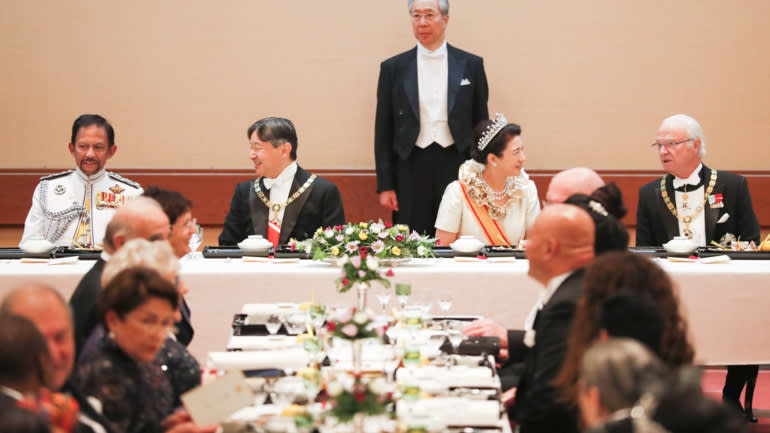