In pictures: Japan's first day of the Reiwa era

TOKYO -- Emperor Naruhito ascended Japan's Chrysanthemum Throne on May 1, marking the start of the Reiwa era and putting the nation in a festive mood. Here is a look at images taken Wednesday of the ceremonies involved in the emperor's ascension, and how the Japanese people celebrated the event. 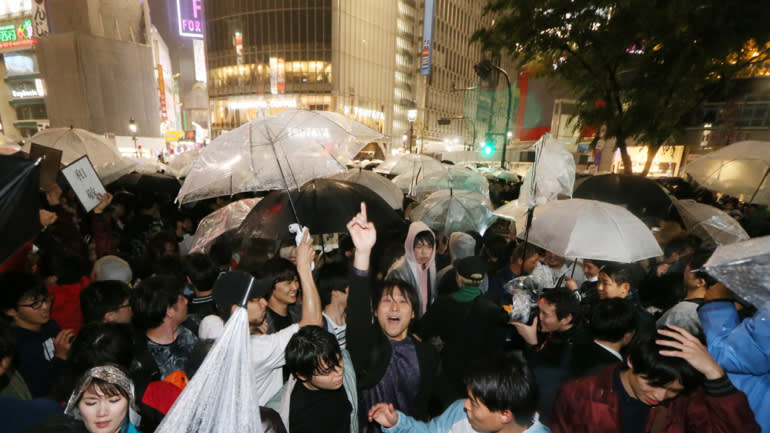 People celebrate the new era with a drink at sake-maker Nihonsakari's headquarters in Hyogo prefecture. (Photo by Tomoki Mera) Emperor Naruhito inherits the imperial regalia, a sword, a mirror, and a jewel, at the Imperial Palace. (Photo by Masayuki Terazawa) 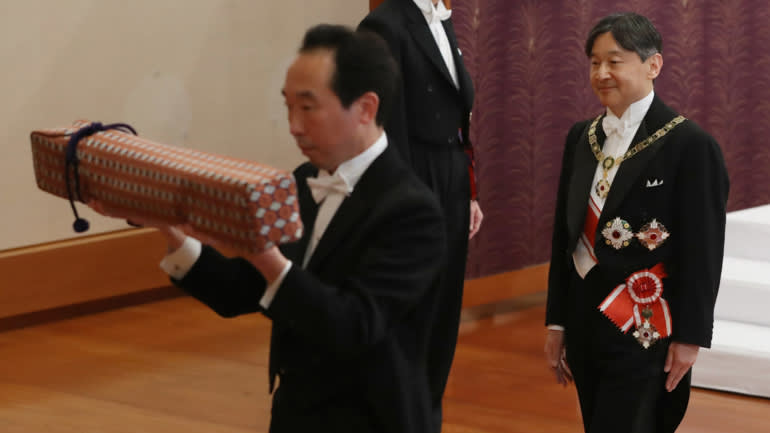 Emperor Naruhito, right, leaves the ascension ceremony, in which he received a sword and a jewel, two of Japan's "Three Sacred Treasures." (Pool photo) 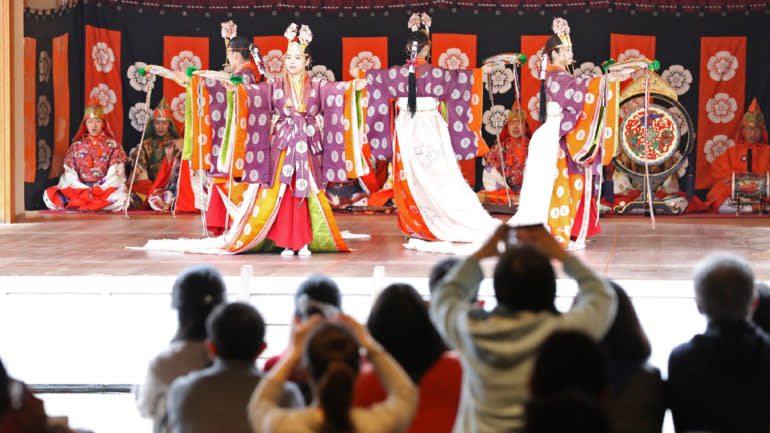 Dancers celebrate the new emperor at Ise shrine in Mie prefecture. The shrine is one of the holiest sites in Shinto. (Photo by Koji Uema) Chihiro Sakurada holds her son Kazuto, who was born in Tokyo on the first day of the Reiwa era. (Photo by Wataru Ito) Emperor Naruhito before his first remarks as emperor. (Pool photo) 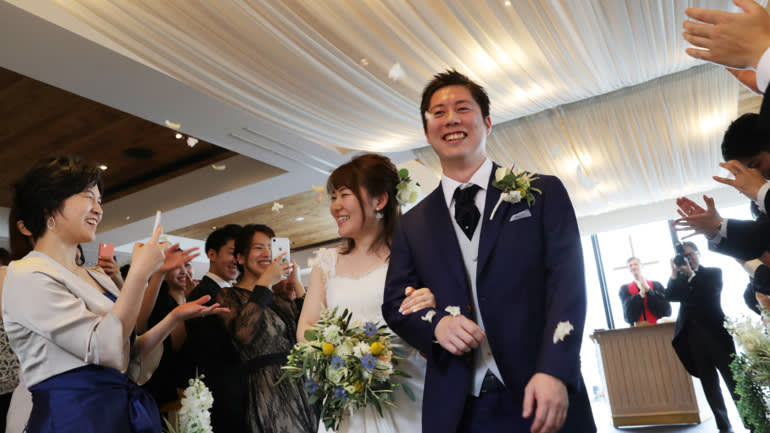 Bride Mayo Yamashita and groom Ryo Saito are feted by guests on Wednesday at their wedding ceremony in Yokohama. (Photo by Yuki Nakao) 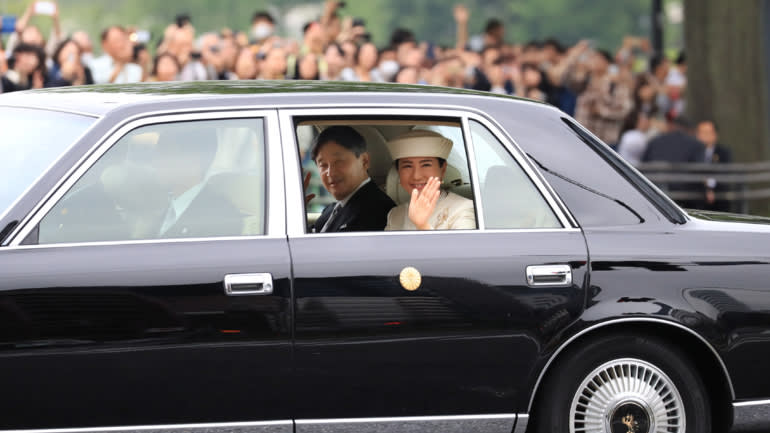 Japanese Emperor Naruhito and Empress Masako wave as they arrive at the Imperial Palace. (Photo by Mamoru Yago) People wave as the new emperor arrives at the Imperial Palace. (Photo by Akira Kodaka)