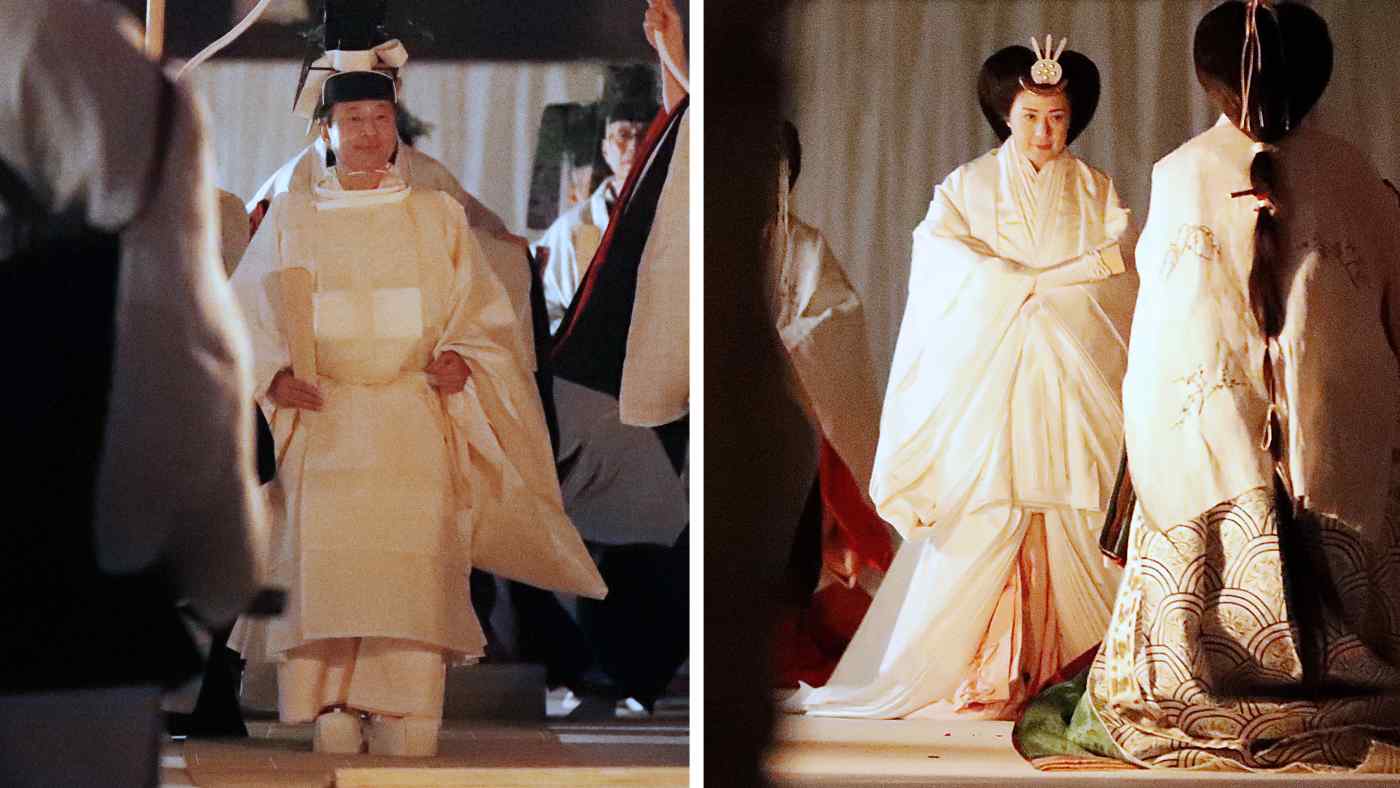 TOKYO -- Emperor Naruhito made his first offering of new harvests to the gods Thursday during a closed-door ceremony attended by 510 people, including Prime Minister Shinzo Abe.

The centuries-old Daijosai ceremony, held to give thanks as well as to pray for national peace and prosperity, is performed only once by an emperor during his reign. This paramount observance was last conducted at the Imperial Palace on November 1990, after Naruhito's father, Emperor Akihito, assumed the throne.

Naruhito offered rice, millet, abalone, and kelp, among other bounties, according to the Imperial Household Agency. He read a written appeal to the gods, ate the offering and prayed. Naruhito's wife, Empress Masako, performed rites at a separate location.

In addition to Abe, the ceremony was witnessed by legislative leaders, senior government officials, prefectural governors and representatives from various sections of society. The audience watched from tents set up within the palace.

Naruhito, 59, ascended to the throne on May 1 after the abdication by his father, now the Emperor Emeritus. Thursday's rituals lasted nearly three hours until about 9:15 p.m.

The Daijosai dates back to at least the seventh century, although it was stopped in the mid 15th century before being revived in 1687. Because of its religious nature as a Shinto rite, it clashes with the principle of the separation of church and state. The ceremony is not treated as a state function involving the emperor but instead as an event conducted by the Imperial Household.

But the costs of the event are paid with public money. Over 2.7 billion yen ($24.7 million) was budgeted for Naruhito's Daijosai ritual, slightly more than the 2.5 billion yen bill during Akihito's time.

Although there were fewer guests, more than 30 structures were built to host Thursday's ceremony, which incurred high labor costs. The buildings will be open to the public between Nov. 21 and Dec. 8 before they are torn down.