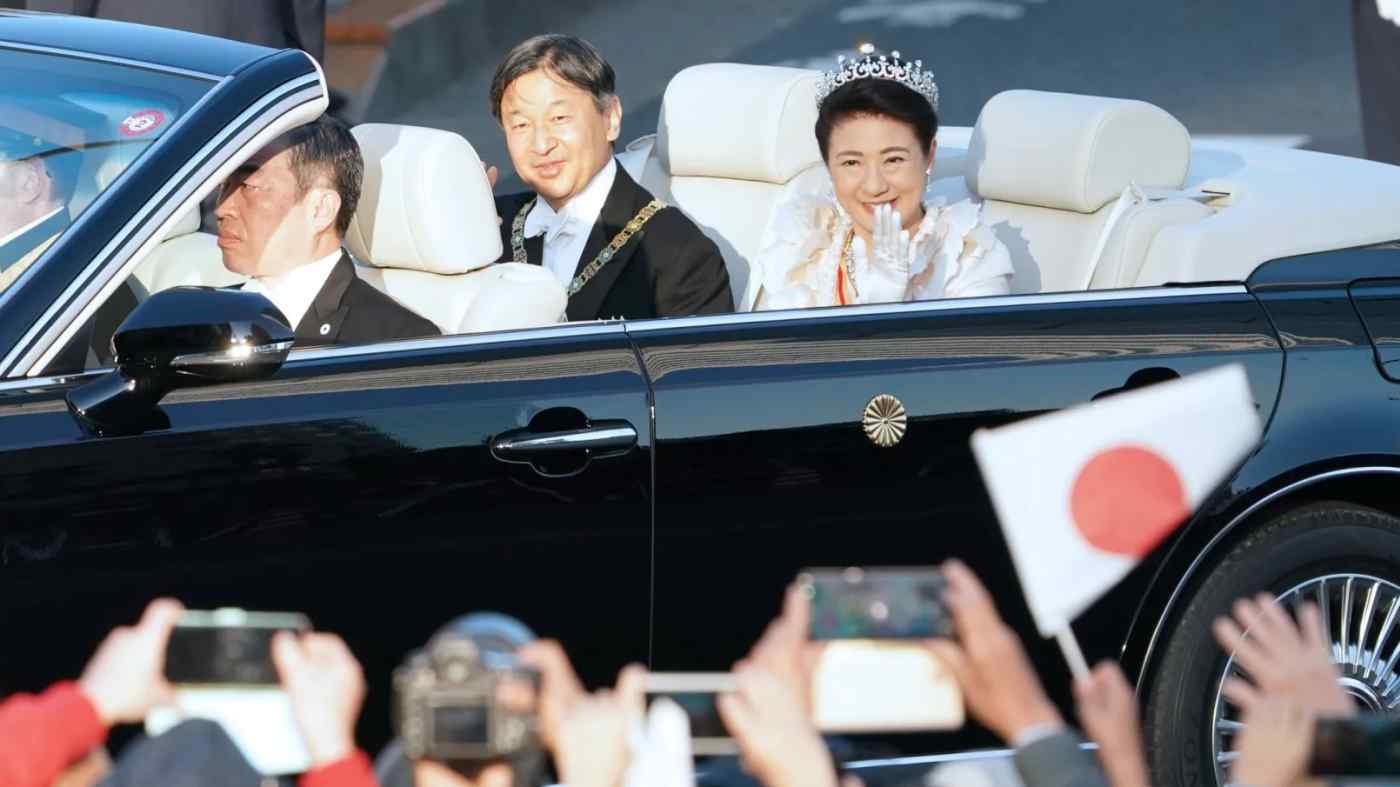 Japanese Emperor Naruhito and Empress Masako wave to the crowd during his enthronement parade from the Imperial Palace to the Akasaka Imperial Residence in Tokyo on Nov. 10. (Photo by Akira Kodaka)
YUHEI ASAKURA, Nikkei staff writerNovember 10, 2019 11:07 JSTUpdated on November 10, 2019 17:43 JST | Japan
CopyCopied

TOKYO -- A procession to celebrate Japanese Emperor Naruhito's enthronement drew crowds of spectators to central Tokyo on Sunday afternoon, marking the last ceremonial event in his ascension to the throne.

The roughly 30-minute parade, during which the emperor and Empress Masako waved to well-wishers from an open-top limousine, was originally scheduled for October, but was delayed as Japan recovered from Typhoon Hagibis.

The 4.6 km parade route took the emperor and empress from the Imperial Palace to the Akasaka Estate. Along the way, they passed the parliament building.

The motorcade was led by a black Century limousine from Toyota Motor. Cars carrying the crown prince and princess, as well as senior government officials, including Prime Minister Shinzo Abe, followed.

Around 117,000 people attended the enthronement parade in 1990 for Naruhito's father, Emperor Akihito. Akihito's abdication this year brought Naruhito to the throne and marked the start of the Reiwa era.

The government acquired the Century for Naruhito's enthronement parade, formally known as the Shukuga-Onretsu-no-gi. After the parade, it will be put on display in Tokyo and Kyoto. The car is expected to be used in parades for the 2020 Summer Olympics in Tokyo.

Naruhito's enthronement began with the presentation of the imperial treasures in May, followed by the new emperor's first news conference. A ceremony proclaiming his enthronement was held in October, as was a banquet attended by monarchs and government leaders from around the world.