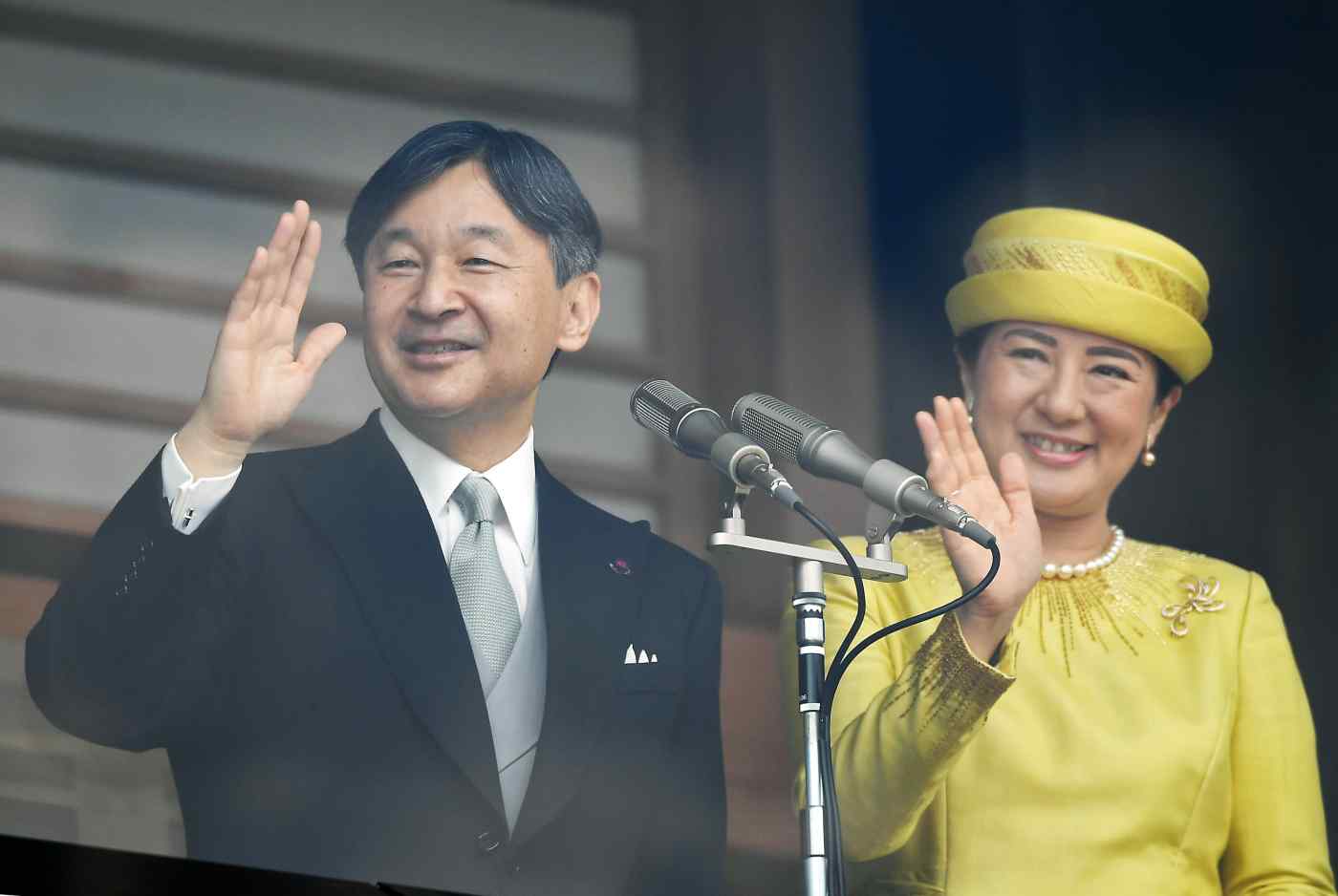 Emperor Naruhito and Empress Masako wave to the thousands of people who gathered at the Imperial Palace on May 4. (Photo by Toshiki Sasazu)
YUKIHIRO ENOMOTO and YUHEI ASAKURA, Nikkei staff writersMay 5, 2019 05:31 JST | Japan
CopyCopied

TOKYO -- Emperor Naruhito on Saturday made his first public appearance since his succession, greeting the tens of thousands of people who gathered at the Imperial Palace for an event that was initially scheduled for October.

"I am deeply grateful and pleased that I am receiving congratulations from you all today," said Emperor Naruhito, 59, from the balcony of the palace, standing with his wife, Empress Masako, and other members of the Imperial family. "I wish for your health and happiness, and sincerely hope that our nation can join with other countries and make progress together towards world peace."