Nearly 80% of Japanese back having women on the throne: survey

Support for Abe's cabinet jumps to 55% 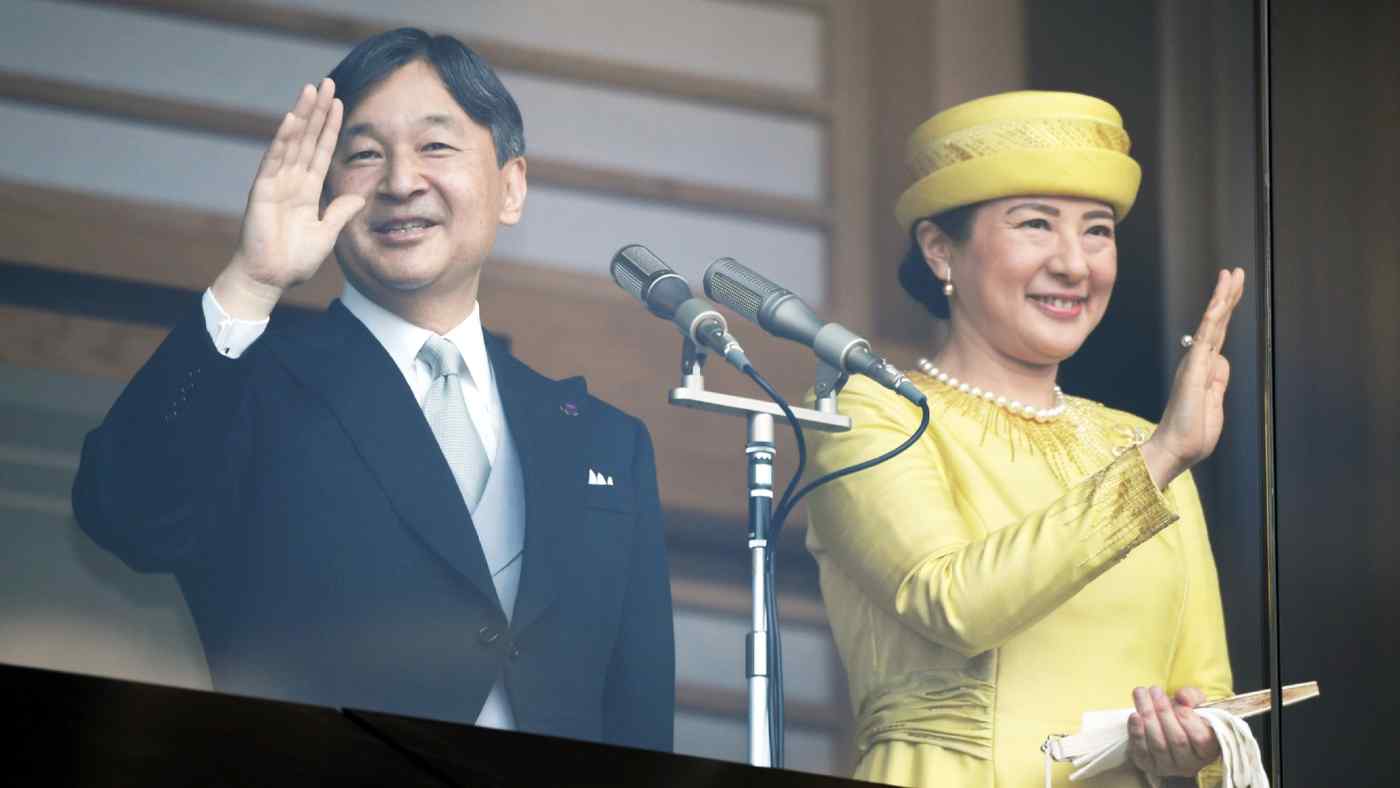 TOKYO -- More than three-quarters of Japanese support allowing women to ascend to the Chrysanthemum Throne, a Nikkei opinion poll shows, indicating a gap between public opinion and the current government's reluctance so far.

Approval of Prime Minister Shinzo Abe's cabinet jumped 7 percentage points from the last poll, in late March, to 55% in the survey taken Friday to Sunday. Also notable was a surge in the public standing of Chief Cabinet Secretary Yoshihide Suga, who received the fourth-highest support among the possible candidates to become the next prime minister.

Support for the Abe cabinet recovered to where it was just after the ruling Liberal Democratic Party's leadership race last September. Disapproval dropped 7 points to 35%.

Asked who should be the next prime minister, 23% of respondents named Abe and another 23% picked Shinjiro Koizumi, a son of ex-Prime Minister Junichiro Koizumi. They were followed by former LDP Secretary-General Shigeru Ishiba, who has garnered 11% support. Suga, Abe's right-hand man who has just completed a high-profile U.S. visit, rose to fourth place with 7% support, up sharply from 2% in October 2018.

With just three male heirs in line to the throne, ensuring smooth Imperial succession is an imminent issue for the world's oldest surviving monarchy. The 76% of survey respondents in favor of having a reigning empress far outnumbered the 14% opposing it.

In a June 2017 poll, 77% supported the idea and 12% opposed it. The legislation passed that month allowing then-Emperor Akihito to abdicate included an addendum noting that the country needs to consider various options to ensure stable succession. The government is expected to take up the issue after all events related to Emperor Naruhito's ascension are complete in the fall.

Emperor Naruhito and his family have broad public support, with 78% of respondents saying they feel connected to the Imperial family and 15% saying they do not. More than 70% of respondents across genders and age groups felt a connection, and the sentiment was particularly strong among those aged 40 to 59 at 83%.

By political affiliation, 84% of LDP supporters said they feel connected to the family, compared with 75% of opposition supporters and 69% of independents.

The public is generally happy with the name of the new era, Reiwa, with 72% of cabinet supporters saying they like it. Even among those who do not support the cabinet, 55% said they are satisfied with it.

Opposition to raising the 8% consumption tax to 10% as scheduled in October apparently grew, with 52% of respondents against and 41% for. In the March poll, 47% of respondents were opposed to 45% were in support.

On Abe's plans to revise Japan's constitution, 48% of respondents said the pacifist charter is fine as is, while 41% supported an update. The results were largely unchanged from April 2018, when the same question was asked.

The poll was conducted via random-digit dialing. It received 938 responses, for a 44.7% response rate.