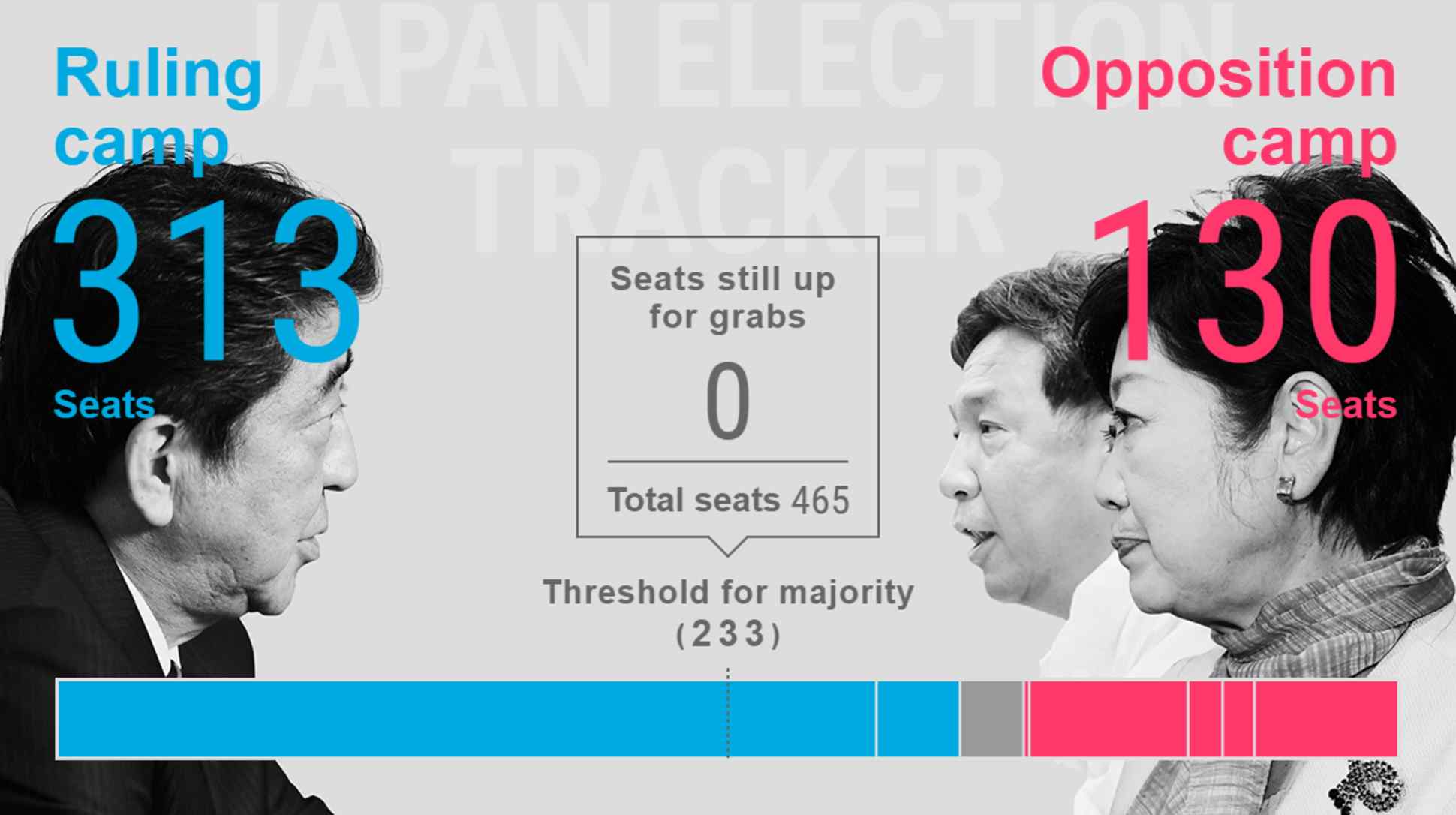 TOKYO -- Japanese Prime Minister Shinzo Abe's ruling coalition held on to a two-thirds majority of the seats in Japan's lower house after Sunday's general election, putting the prime minister in a position to move toward revising the country's pacifist constitution.

Abe's Liberal Democratic Party and coalition partner Komeito easily saw off a challenge from a divided opposition, gaining 313 seats of the contested 465 seats.