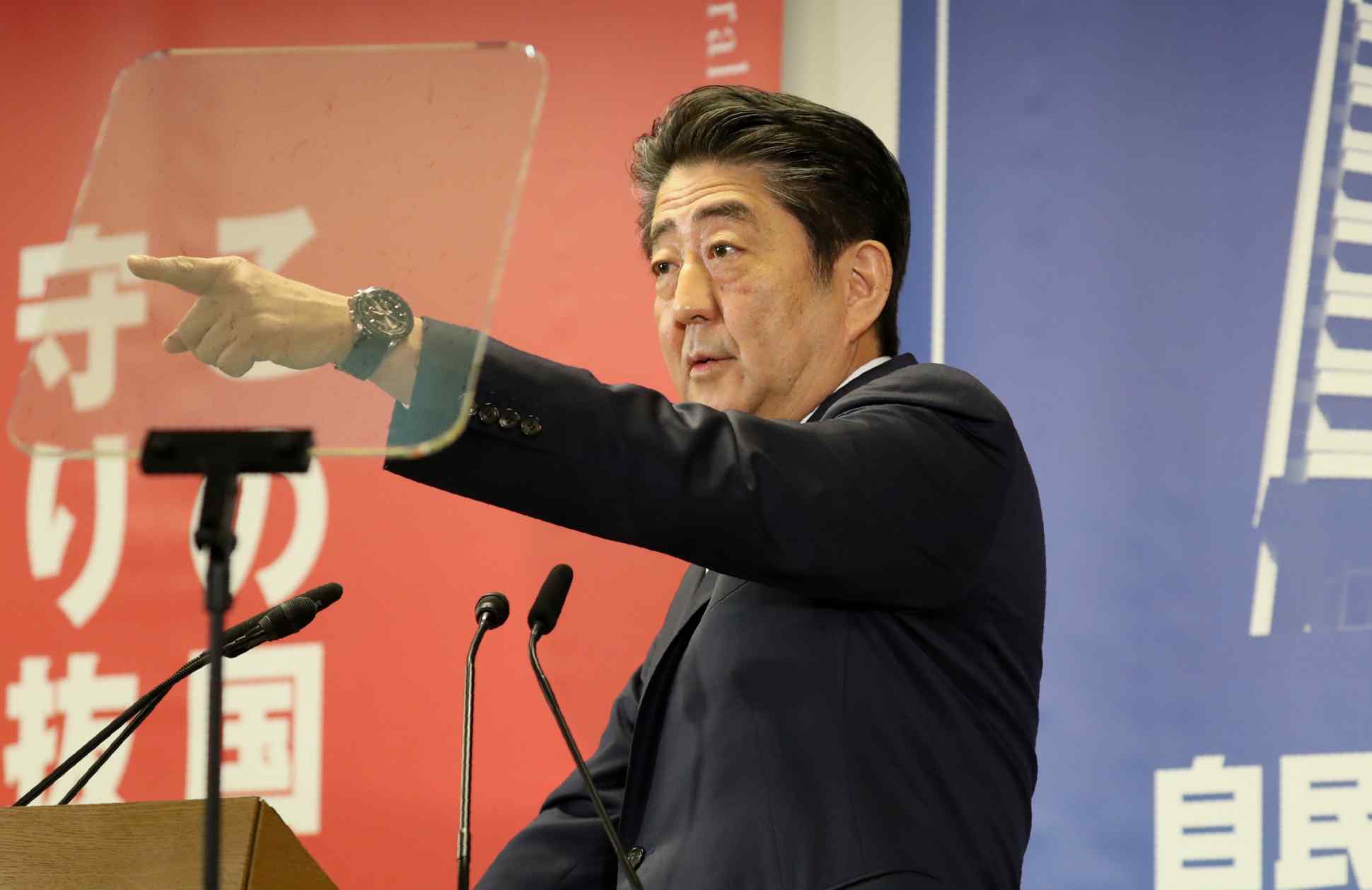 TOKYO -- Prime Minister Shinzo Abe expressed his willingness to proceed with revising Japan's constitution with caution, as his ruling coalition's crushing victory in the lower house election moved him a step closer to his life-long dream.

The prime minister in May laid out his road map for constitutional reform, hoping to have the revised constitution in place by 2020. But during his first press conference on Monday after the Liberal Democratic Party and its junior coalition partner Komeito secured a super majority in the Diet, Abe said that revision is "not bound by any schedule."