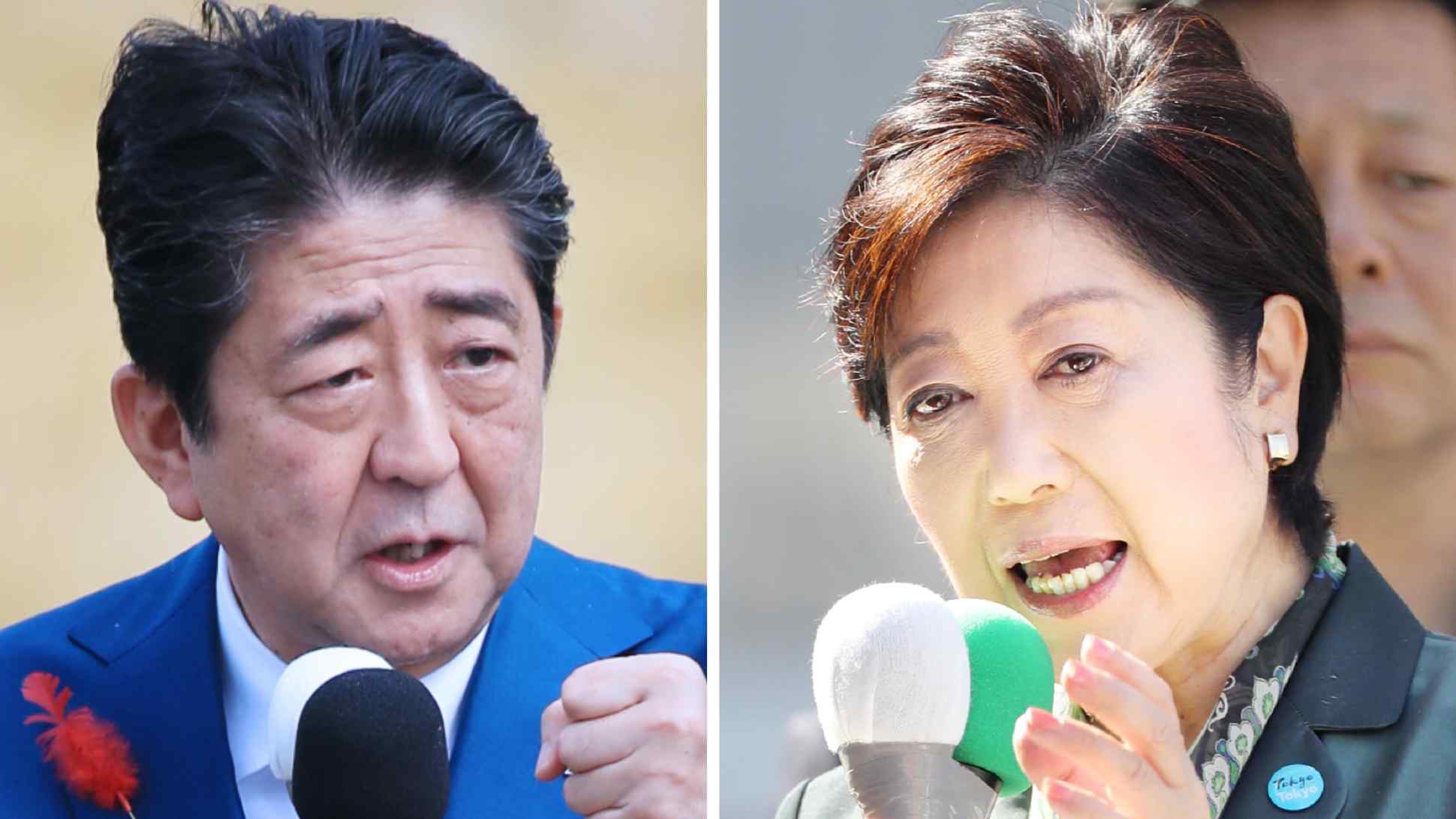 TOKYO -- Japan's election campaign for the lower house of parliament officially got underway Tuesday, with more than 1,100 candidates, filing applications to contest 465 seats. The election has become a showdown between Prime Minister Shinzo Abe and Tokyo Gov. Yuriko Koike, who launched a new national party to battle Abe's ruling coalition.

The vote is scheduled for Oct. 22.

The first snap election since December 2014 comes amid continued tensions with North Korea over its nuclear and missile programs. Among key domestic issues are a possible hike in the consumption tax, nuclear power and contentious constitutional revisions proposed by Abe's government.

Abe aims to secure at least 233 seats, for his Liberal Democratic Party and junior partner Komeito, enough for a majority.

The opposition, meanwhile, has gone through a historic realignment ahead of the election. Two major groups will challenge Abe in the lower house vote.

Tokyo Gov. Koike's Kibo no To, or Party of Hope, has emerged as the largest opposition force, despite some policy overlap with Abe's Liberal Democrats. Party of Hope took many former Democratic Party members into its ranks. Some left-leaning former Democrats have formed a new group, the Constitutional Democratic Party, which is cooperating with other opposition parties, including the Japan Communist Party and the Social Democratic Party.

On Tuesday morning, Abe kicked off his campaign in Fukushima, in northeastern Japan, making his first public speech on the election. He stressed the achievements of his government, mentioning that foreign visitors to Japan have tripled and Japan's public pension fund assets have risen by 46 trillion yen ($408 billion) in the last four and half years.

"It is not a boom or a slogan that opens up the future. It is policies," he said.

"I want to tell [Abe], don't be puffed up just because you raised Japan gross domestic product by 1%." She also called on voters to "terminate Abe's regime."

Yukio Edano, leader of the Constitutional Democrats, speaking in the northeastern city of Sendai, said in a speech: "We want to have decent politics and our decent lives back."

This is the first general election to take place since the voting age was lowered from 20 to 18 last year. Of the 465 seats up for grabs, 289 will be chosen from single-seat constituencies, and 176 filled by proportional representation.