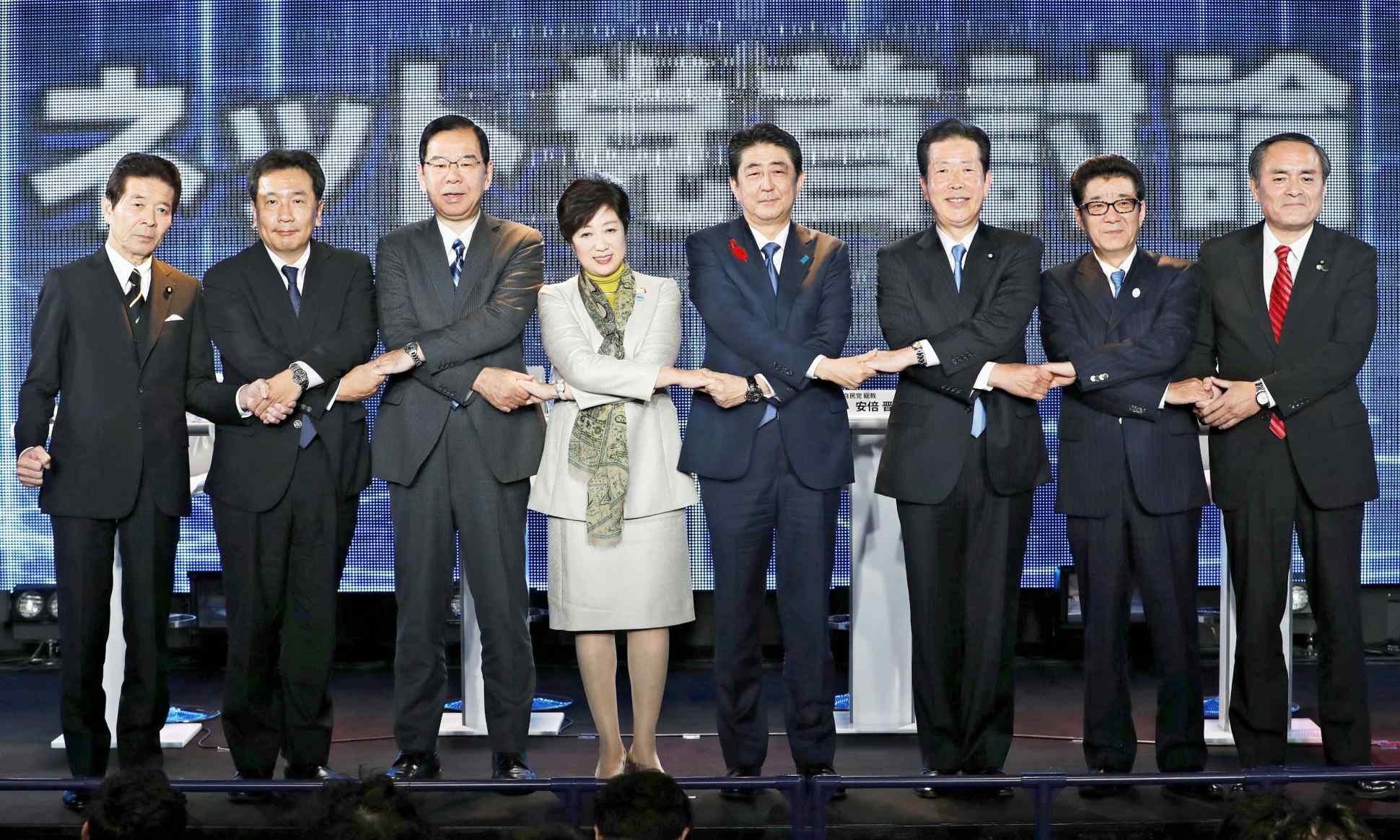 TOKYO -- Japan's Prime Minister Shinzo Abe said on Saturday he would consider incorporating a clause in the amendment to the Constitution proposed by his Liberal Democratic Party calling for civilian control of the Self-Defense Forces.

In a public debate pitting leaders of eight political parties against each other ahead of snap lower-house elections on Oct. 22, Abe said that explicitly mentioning the SDF in the Constitution as proposed by the LDP "would not change the relationship between the Defense Ministry and self-defense officials."