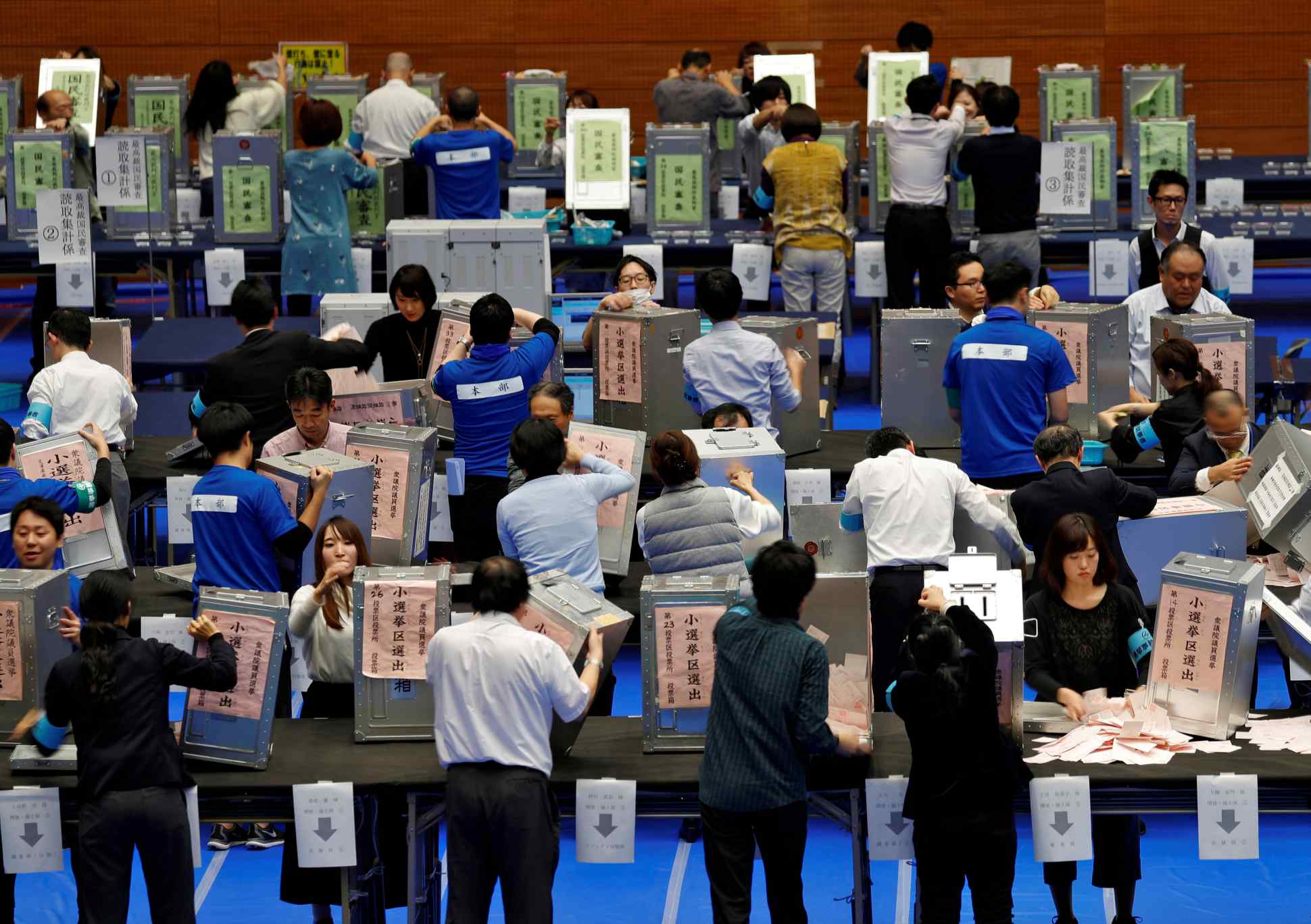 Some constituencies were unable to complete their ballot count on Oct. 22, the day of Japan's lower house election.
Japan's Election

TOKYO -- The chaos caused by a typhoon sweeping across Japan as the country went to the polls last Sunday has led to renewed calls for the introduction of internet voting.

The storm caused widespread disruption to the lower house election. Many voters struggled to make it to polling stations and a number of local authorities were unable to count ballots the same day.