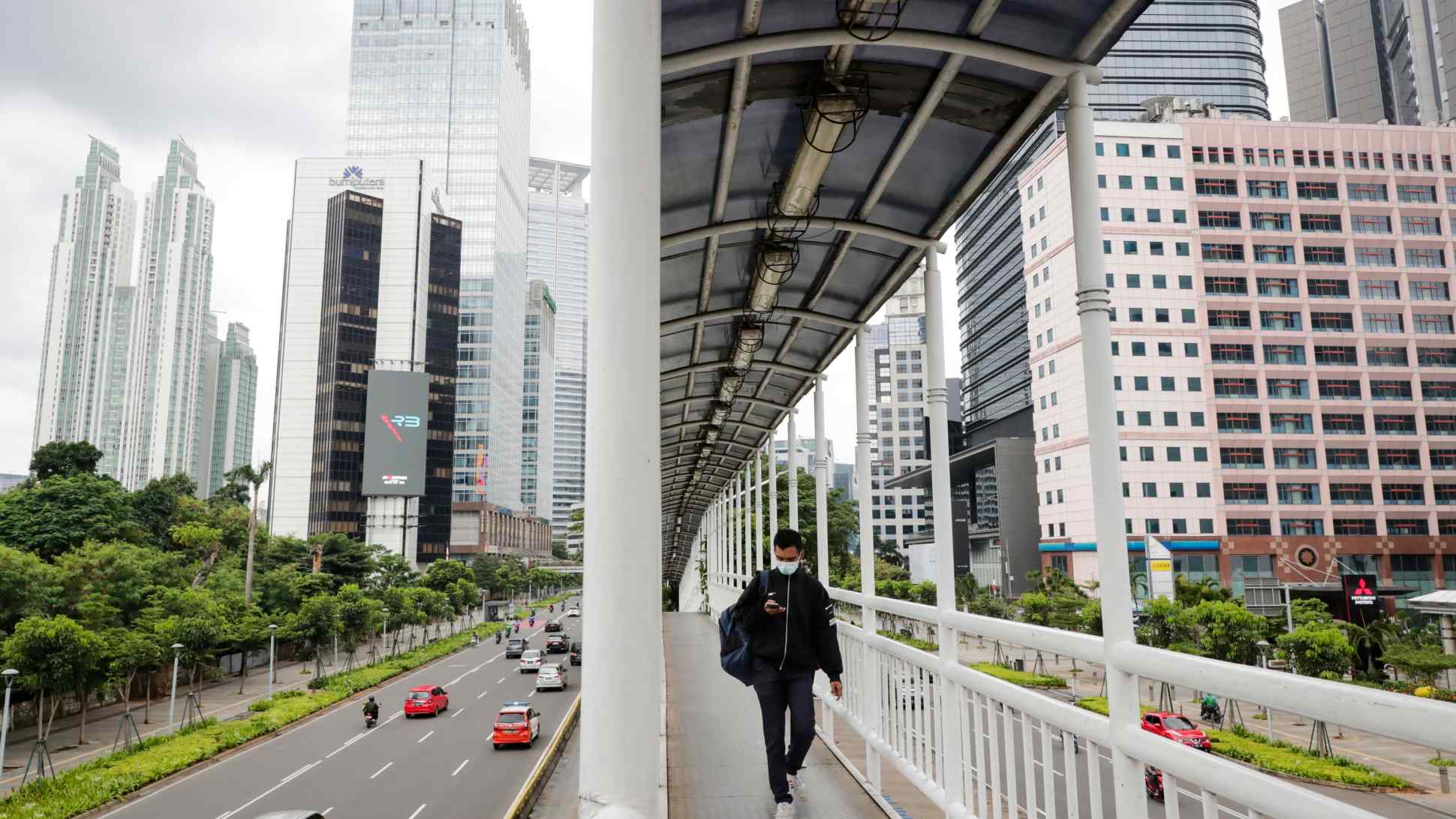 HONG KONG -- Asian fixed income markets have defied expectations and remained resilient amid a global bond market sell-off over the past few weeks.

The region has often felt the worst of the chill when global sentiment has turned against fixed income investing. However the yield premium that the region offers over its developed market peers, healthier corporate and government balance sheets and an increasing local investor base means that its long-term attractiveness remains intact, investors and analysts said.

The surge in long-term bond yields in developed markets is reminiscent of what happened when the coronavirus pandemic spread around the globe last year or during the 2013 "taper tantrum" when the U.S. Federal Reserve revealed it was considering cutting asset purchases, provoking severe financial market volatility.

At the time, that spooked emerging markets including India and Indonesia, named by Morgan Stanley alongside Brazil, Turkey and South Africa as "five fragile economies" due to their reliance on foreign capital.

However, this time around, spreads of both Asian government and corporate bonds over U.S. Treasuries have held relatively steady and the region remains a net importer of capital this year. Emerging Asia is also set to gain from the global recovery, has relatively low interest rates and central banks sitting on plenty of reserves.

Foreign investors have been net buyers of Asian bonds this year. They acquired $23.1 billion in February, taking the total for the first two months of the year to over $50 billion. Investment into Chinese bonds drove the volumes.

Foreign investors bought a net $41.5 billion of Chinese bonds since the start of the year, almost a third of the purchases in all of 2020, with inflows totaling $15 billion in February when fixed income markets started to sag, data from China Bond showed.

While India and Indonesia saw outflows, analysts said that the volumes were low in comparison to previous sell-offs and the two nations are not seeing a spike in yields or weakening of the currency, as in the past.

"One of the primary reasons for the resilience is the fact that the amount of dollar liquidity with local investors has been increasing," said Avinash Thakur, head of debt origination for Asia Pacific at Barclays. "More and more deals are happening with local liquidity and as such the need for capital flight away from Asia is also diminishing."

More than half the $420 billion in dollar bonds issued by companies and governments in Asia Pacific ex-Japan were gobbled up by local investors, according to data compiled by Refinitiv. These offerings were issued under the Securities and Exchange Commission's Regulation S legal standard, which governs issuances to non U.S. investors outside the country. So far this year 46% of the $106 billion proceeds were such offerings, compared with just 14% in 2010.

Such an investor base played a part in Asian bond markets weathering a surge in U.S. benchmark 10-year yields, which went above 1.60% for the first time in a year. The spike in yields, which move inversely to bond prices, roiled asset classes, with stocks sliding and debt sales struggling for buyers or deferred.

The repricing of bonds stems from an improved outlook for U.S. economic growth, as vaccination against COVID-19 picks up pace, and the approval of President Biden's $1.9 trillion fiscal stimulus package, which has stoked expectations of inflation. "There is a heated debate on whether the inflation spike is a long-term phenomenon," said Thomas Poullaouec, head of multi-asset solutions for Asia Pacific at asset manager T. Rowe Price. "If the rise in yields is not primarily driven by inflation then the answer is to select more defensive markets within Asian bonds such as China and South Korea. However, if it is backed by inflation then bonds from commodity producers such as Indonesia and Malaysia would benefit."

Frederic Neumann, co-head of Asian economics at HSBC in Hong Kong, said: "The inflation that the market is worrying about might be temporary as the U.S. economy reopens, boosting depressed sectors such as tourism and leisure. That's not an increase in long-term inflation [which] is driven by wage pressures."

However the improving fortunes of the U.S. economy and rising odds of a Federal Reserve rate increase in the long term are pushing investors to reposition from holding long duration bonds to shortening their debt profile, he said.

Once that flows through, stability should return, which should support Asian bonds further, given the growth profile and record levels of foreign exchange reserves held by countries such as India and Indonesia, Neumann said.

India's foreign exchange reserves, which are used by central banks to back liabilities and influence monetary policy, are nearing $600 billion. Indonesia's exceed $130 billion.

The resilience of the Asian bond markets this time around is apparent from the way yields have moved. Since the start of February, Asian emerging markets high yield bond yields have climbed just 50 basis points compared with a surge from 7.5% to 16% last March amid the COVID-19 induced sell off, and 300 basis points in 2013.

Fifteen emerging Asia-Pacific economies, including China, India, Indonesia and Vietnam, are seen powering global growth in 2021 with gross domestic product expanding 8.2% in 2021 and 6% in the next year, according to the International Monetary Fund.

The fund estimates that advanced economies in the region -- Australia, New Zealand, Hong Kong, Singapore, South Korea and Taiwan -- will grow 3.7% this year and 2.7% in 2022.