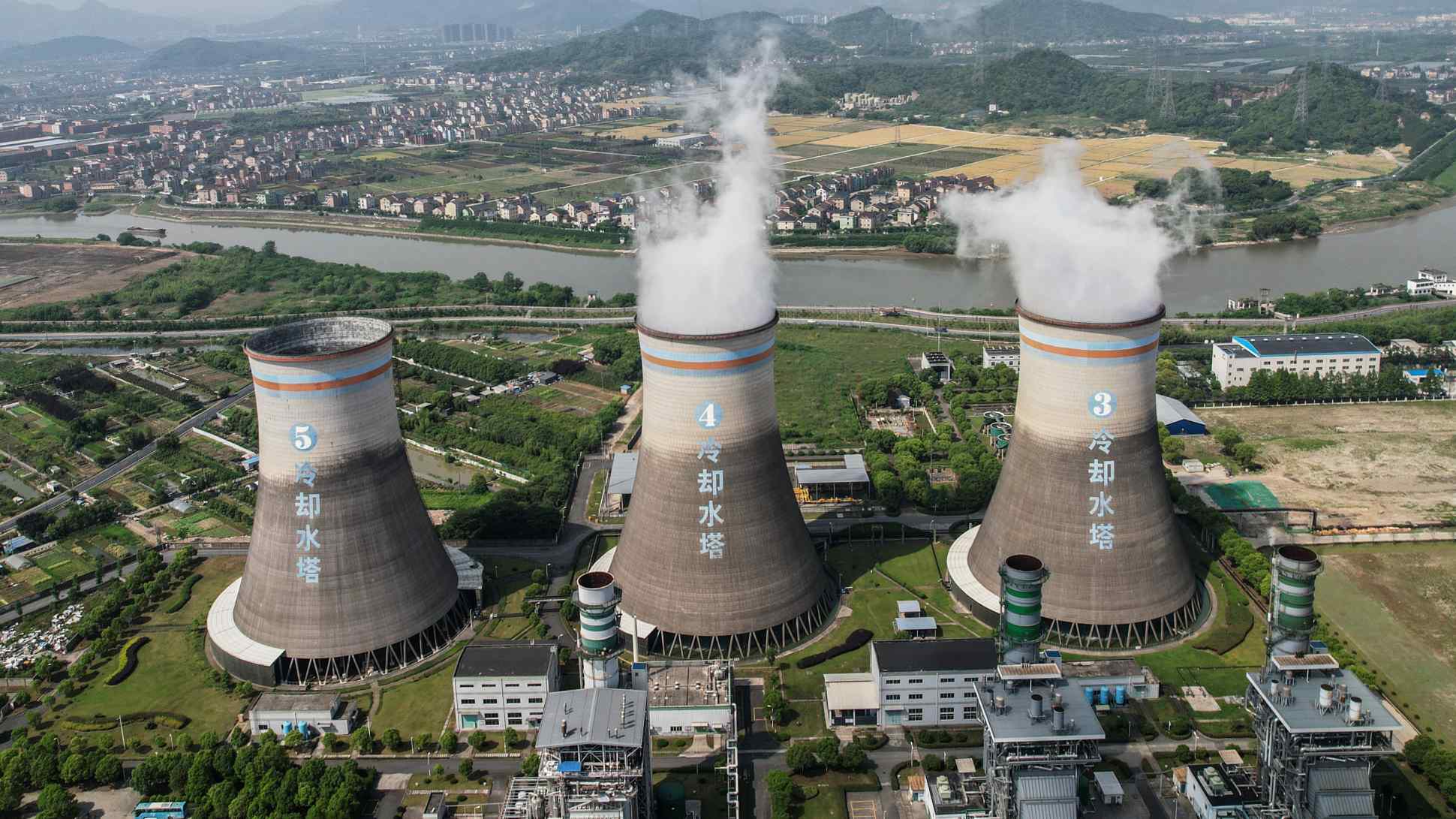 Trading began in Shanghai on Friday with an opening price of 48 yuan ($7.40) per ton of carbon, and the first deal traded at 52.78 yuan per ton. Some 160,000 tons worth 7.9 million yuan were traded. Local media Yicai reported that in five years' time the market could reach 7 billion tons annually, with a market value of 600 billion yuan.

"The trading allows companies to find a balance between their goals for development and zero emissions," Zhou Aiguo, an official at China National Petroleum Corp., was quoted as saying on Yicai TV. CNPC is one of the companies involved in Friday's trading.

Carbon trading is meant to create incentives for companies to cut greenhouse gas emissions. Companies that exceed limits need to buy allowances from the market, while those that cut emissions can sell surplus allowances. Prices generally rise when limits become stricter, encouraging companies to go green.

China's emissions trading system has immediately become the world's biggest in terms of coverage, with over 2,000 companies in the power sector, which emits about 4 billion tons of carbon dioxide a year. That surpasses the ETS in the European Union, which covers about 2 billion tons of annual emissions.

Other heavy-emitting industries such as cement and steel are expected to be included in China's system by 2025. However, the EU has an absolute cap on emissions, while China's system will be based on the intensity of carbon emissions. This means limits on emissions can still rise as power generation grows in China.

"The main purpose [of the initial launch] is to get the market operational," said Alistair Ritchie, director of Asia-Pacific sustainability at the U.S. think tank Asia Society Policy Institute. "In subsequent years they will start to introduce an absolute cap, make the targets in line with net zero, and then the price will start to increase."

Experts predict that prices will steadily rise. A survey of experts and market participants in China by China Carbon Forum, a Beijing-based research consultancy, last year predicted that the price would start from 49 yuan ($7.70), then rise to about 167 yuan by 2050. However the China survey was conducted before Beijing's net-zero announcement. By comparison, in the EU the carbon price has reached over $50 per ton.

China is not the only Asian country developing trading systems. Indonesia is running a trial carbon trading system until August for the power sector. Provisions for a domestic carbon market were included in Vietnam's environmental protection law last year. Carbon markets are also under consideration in Thailand and the Philippines.

Japan does not have a compulsory national ETS, but is planning to introduce a new carbon pricing system. It could involve carbon trading or other means such as a carbon tax. 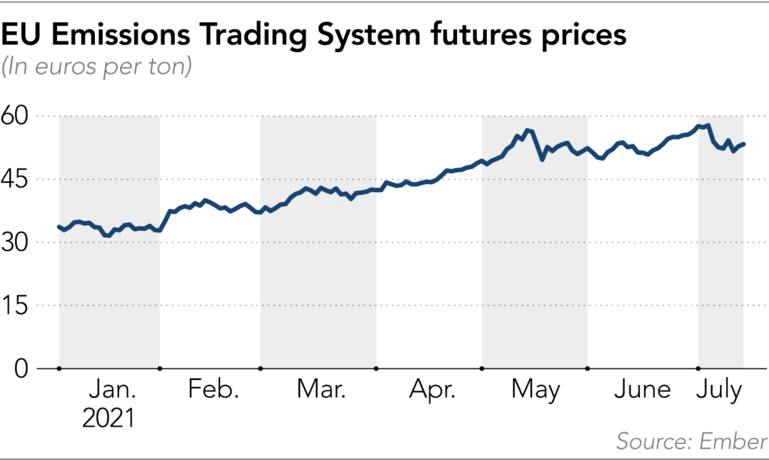 Further momentum for more countries to run robust carbon pricing policies, including trading, is expected after the EU this month unveiled plans for what it calls a Carbon Border Adjustment Mechanism (CBAM) -- a way for the bloc to protect its industry from rivals in countries with less ambitious emissions requirements. Importers to the bloc will have to pay taxes unless they are already paying a price for carbon similar to that charged in the EU, through emissions trading or other systems in their own countries.

ETS "is more of the global standard" compared to other carbon pricing systems such as taxes, said Toshi Arimura, professor at Tokyo's Waseda University. Experts have even suggested linking carbon trading systems across countries such as China, Japan and South Korea, he suggested. ETS "has growth potential as a financial business," he added.

South Korea is ahead of its regional peers in having a national emissions trading system. In 2015 it allocated certified emission reductions (CERs) to 520 companies in 23 industries.

Despite covering about 70% of the country's greenhouse gas emissions, it is not without challenges. Jang Hye-young, a lawmaker from the Justice Party, says the system is too weak to make corporations cut their emissions. The government allocated companies CERs covering more than their emissions, giving them no incentive to cut.

"Emissions have increased since the launch of the ETS, except 2019," Jang said in a statement. "If the ETS cannot be an effective alternative, we need to discuss adopting carbon tax to supplement this."

South Korea's government met steelmakers immediately after the EU announced its CBAM plans, in a sign that they fear the effect on the country's steel exports to Europe.

POSCO has previously said it may need to buy CERs in the emissions system's third planning period, from 2021 to 2025, as the government cut the volume of free CERs, but the company expects the costs will be limited. Samsung Electronics said in its 2020 report on sustainability that it was "making efforts actively to develop energy-efficient products and cut greenhouse gas in production lines." South Korea's emissions cap changes in accordance with national targets. The country will be looking at aligning its 2030 targets to a net-zero goal, "then the cap ... will get more ambitious and the price will go up again," said Ritchie of the Asia Society Policy Institute.