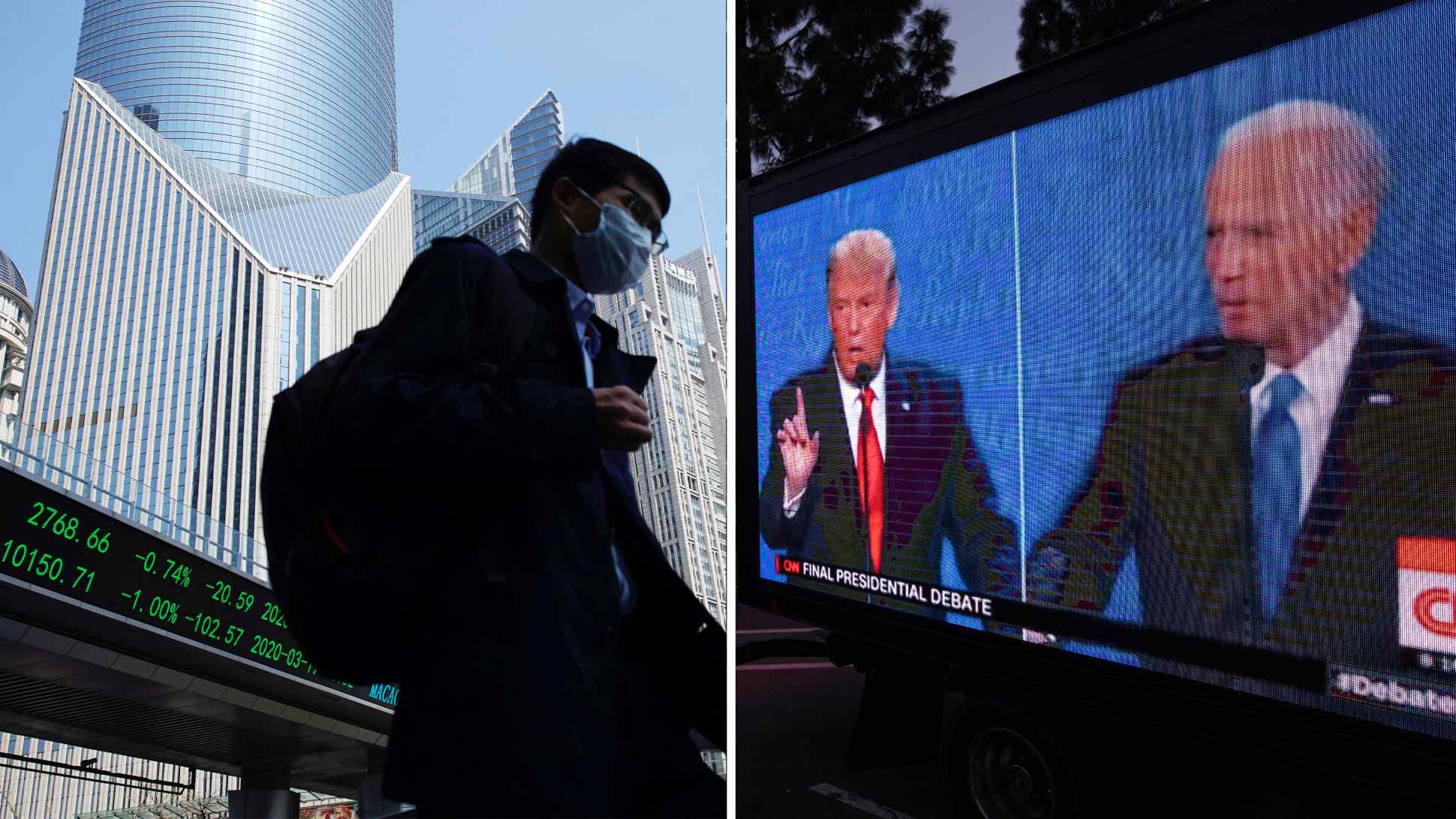 China's stock market has boomed despite the coronavirus pandemic and a more antagonistic relationship with the U.S. -- which is expected to persist whether Donald Trump or Joe Biden wins the Nov. 3 election. (Source photos by Reuters)
Market Spotlight

HONG KONG -- The most hostile U.S. policy toward China in a generation has not stopped the gains in Chinese stocks, which have outscored every major market in Asia bar India since Donald Trump's 2016 election triumph -- and analysts expect more is to come whatever the result of Tuesday's presidential race.

While Chinese equities slumped in mid-2018 after Trump launched his first broadsides in a trade war, imposing tens of billions of dollars of tariffs on goods from China, they rebounded as the two nations neared a preliminary agreement. This year, the value of the Chinese stock market has hit a record high as the economy has shaken off the impacts of the pandemic and a stronger currency, with analysts saying recovering corporate earnings should extend the gains.