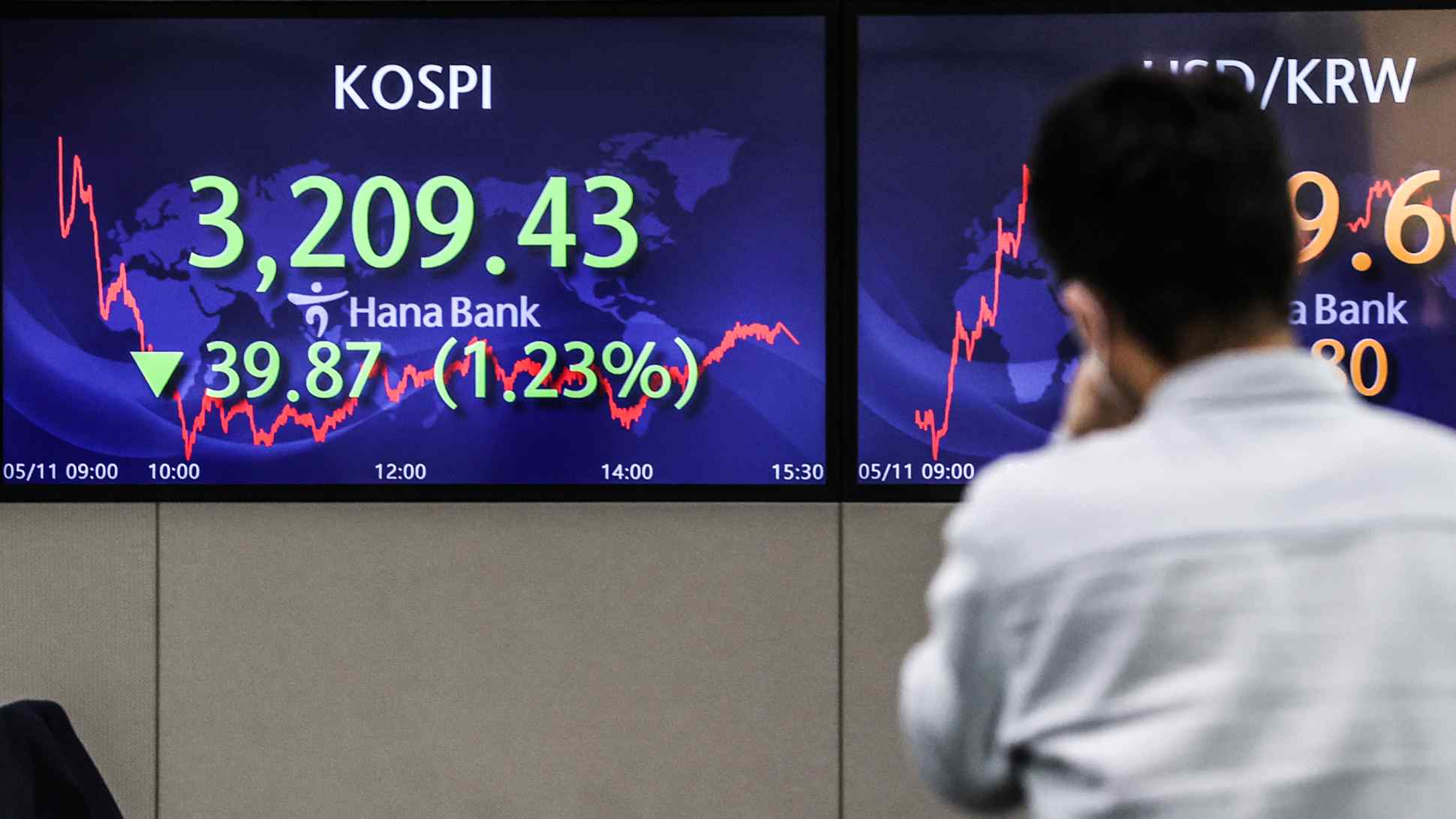 SEOUL -- A South Korean retail investor bought 20 shares of SK IE Technology at the company's initial public offering price of 105,000 won per share in late April, then sold half of them on the first trading day to score an 85.7% windfall.

But that wasn't enough.

"I know it's enormous, but it's less than I expected," the punter wrote dejectedly in a blog post using the pen name "Sesame Noodle."

"It's always good to sell a stock for more than the buying price, but I am still not satisfied."

The hope that IPOs are a one-way bet higher is pushing small investors flush with coronavirus relief cash and fed up with low returns on interest deeper into such shares, even as regulators and analysts express concerns about their credulity and the potential for bubbles.

Retail investors have been playing a bigger role in South Korean IPOs. Competition for shares has intensified as individuals see the stocks as a good chance to make fast money. The Financial Supervisory Service, which tracks the ratio of demand by small investors for IPO shares to those available to them, said it stood at 951 last year, about twice the 2019 level of 509.

A total of 70 companies raised a combined 4.5 trillion won ($4 billion) last year, up 40.6% from 2019, according to the FSS. Retail investors prefer big name companies such as Big Hit Entertainment -- the agency behind global K-pop sensation BTS -- and SK Biopharmaceuticals, which each raised 900 billion won in their offerings. 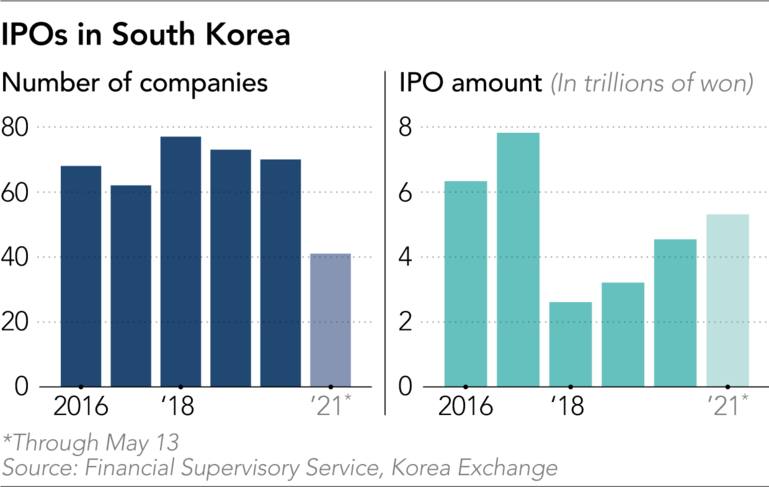 "First, profitability has been high on the initial trading day for IPOs," said Lee Seok-hoon, a senior researcher at the Korea Capital Market Institute. "Retail investors with less experience have higher expectations for this."

Secondly, Lee said the pool of individual investors has expanded. "Since the COVID-19 pandemic, many newcomers joined the stock market and their trading volume also expanded drastically," he said.

The number of individual investors jumped 48.8% to 9.14 million in 2020 from the year before, according to data from the Korea Securities Depository. The combined value of their holdings also spiked 58.1% to 662 trillion won during that period.

For investors who bought the shares Sesame Noodle dumped, the frustration is likely to be far greater.

SK IET, the battery materials affiliate of SK Innovation, debuted in Seoul on May 11. Its shares doubled above the IPO price to 222,500 won, but then lost 26.4% from the starting price of 210,000 won. They continued to fall and closed on Friday at 141,000 won. The company had raised 2.2 trillion won in its float of 21.4 million shares, marking Seoul's largest IPO in four years.

Economists say historically low interest rates are helping drive small investors to stocks. The Bank of Korea has kept its key rate unchanged at a record low 0.5% for the past year to support the economy during the pandemic.

Further, stimulus packages in the tens of billions of dollars have also flooded the economy with liquidity as the government paid out four rounds of "disaster subsidies" to the self-employed, families with children and others. With more individuals diving in, the FSS changed regulations to benefit them. Since January, they can bid for a quarter of IPO shares on offer, up from 20% last year.

Despite such encouragement, authorities are advising stock pickers to be careful, cautioning that high IPO prices do not guarantee long-term increases.

"Even though the IPO price is fixed above the upper band, it does not guarantee high gains after the listing," the FSS said in its IPO market analysis in February.

The regulator said that among 56 companies in which IPO prices in 2020 were fixed above the upper band -- the highest price in the range suggested by lead managers based on institutional investor demand -- shares in eight of them closed below the IPO price on their first trading day, and another eight finished under it at the end of the year.

The benchmark Kospi index, which has gained 9.7% this year up to Friday, hit a record high of 3,249.30 on May 10, and analysts warn that excessive IPO interest is a sign bubbles are brewing. The index has soared 63.8% over the past year, while its price-to-earnings ratio jumped to 26.1 from 18.6.

Park Seung-young, an analyst at Hanwha Investment & Securities, said the increase in IPOs is a bad omen for the broader market, as it is more reflective of past optimism than current realities. He cited similar trends in 1988 when South Korea was flush with optimism the year it hosted the Olympics, and in 2000 during a boom in tech stocks.

"IPOs burdened the market with too much supply [of shares] and the upbeat trend led by abundant liquidity terminated when the market [demand] could no longer meet supply," he said.

But small investors appear impervious to such signals.

Earlier this year, they demand the government maintain a ban on short-selling put in place in March 2020 when the market plunged during the early stage of the pandemic. But the regulator lifted it early this month for 350 stocks in the Kospi 200 and Kosdaq 150 indexes over concerns of potential froth and capital outflows by foreign investors.

Retail investors had argued that a resumption of the practice would seriously damage the market. But from May 3, the first trading day after the ban was lifted, until Friday the Kospi gained 0.84%.

"If you're swayed by the euphoria, you can mistakenly believe that you'll hit the jackpot with all IPO companies," said Na Seung-doo, an analyst at SK Securities. "It's time to consider the correct value of companies to be listed."