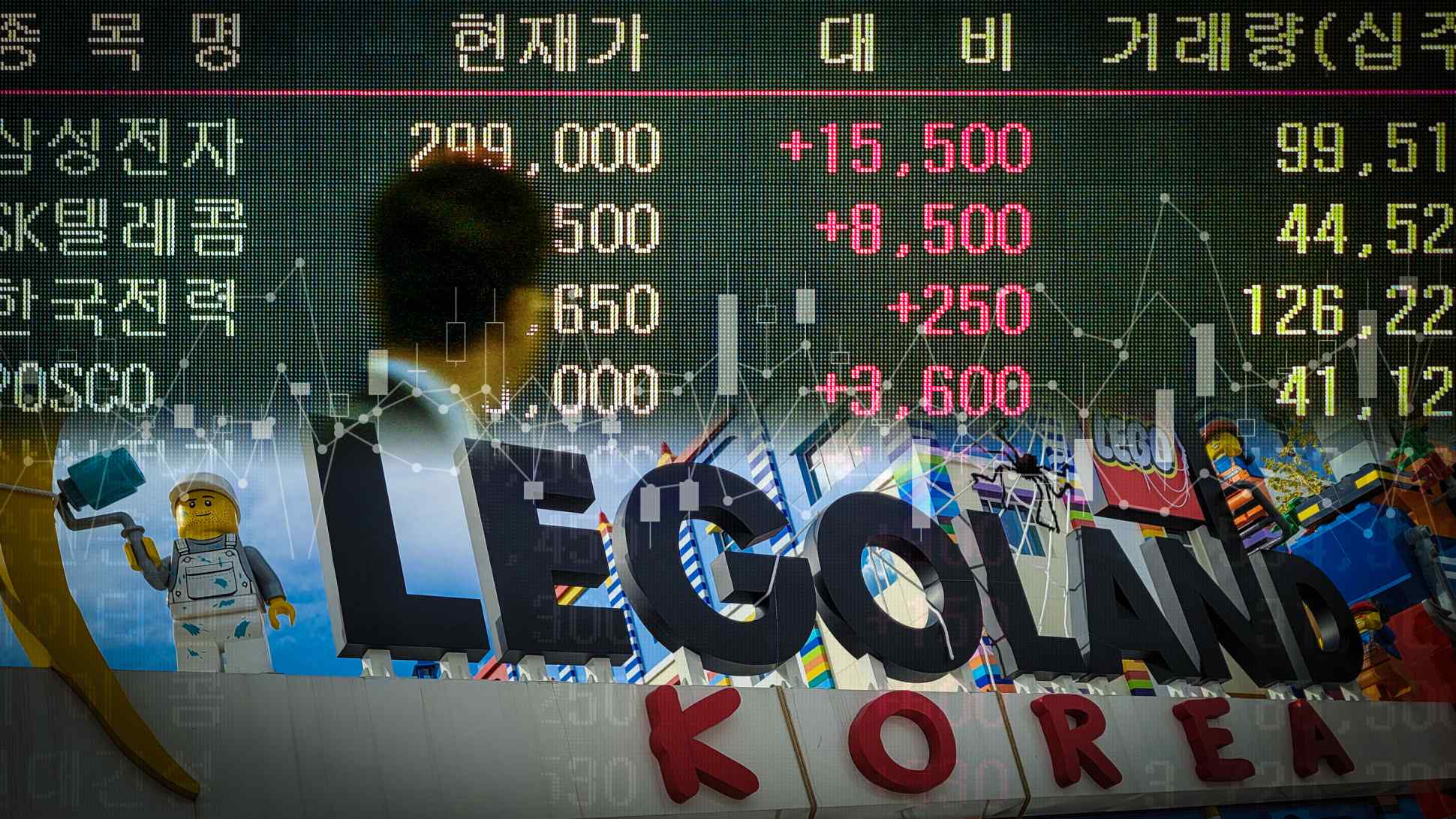 Debt concerns that started at a Legoland theme park developer have rattled corporate bond markets in South Korea, though stocks have not been affected. (Source photos by Yonhap/Reuters and Getty Images)
Market Spotlight

SEOUL -- When Korea Electric Power Corp., the country's biggest power company and possessor of a credit rating of AAA, raised only half of the money it aimed for in the bond market last month, that showed the scale of the corporate debt squeeze in South Korea.

Korea Electric Power raised 590 billion won ($432 million) in October, less than half of its target of 1.2 trillion won, according to lawmaker Chung Il-young of the Democratic Party, who received the data from the company. The company confirmed that it had submitted the data to him.