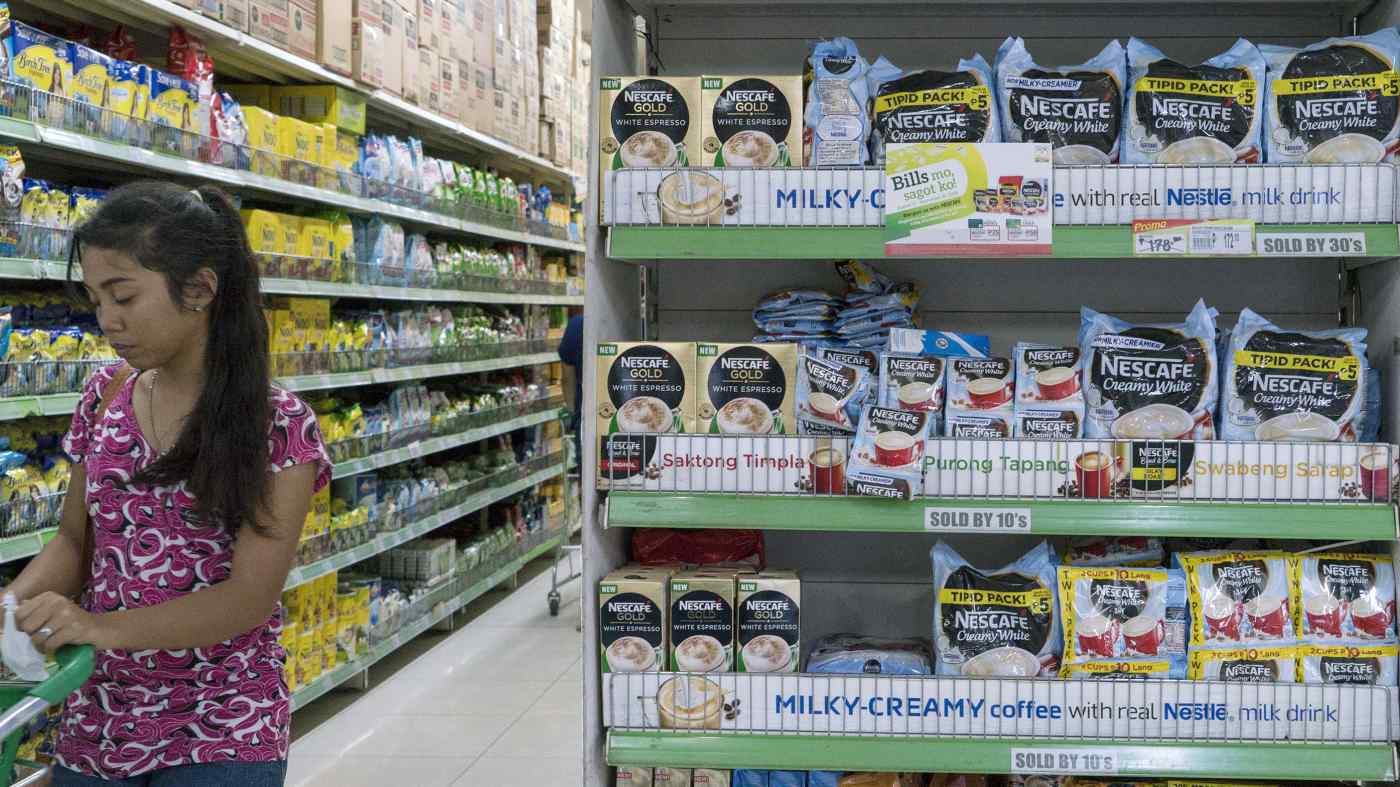 MANILA -- Nestle said it could shut down its coffee processing plant in the Philippines unless it receives tax incentives from the government.

The Swiss food multinational, which makes the popular Nescafe 3-in-1 coffee milk and sugar mix locally, said it has taken a hit from rising costs and tighter sugar supplies in the domestic market.

To protect Philippine sugar growers, the government prohibits beverage makers from importing sugar. This puts Nestle at a disadvantage compared with rivals such as Indonesia's PT Mayora Indah, maker of Kopiko brand products. Nestle was pushing for an exemption from the country's 12% value-added tax as compensation.

Regarding the proposed tax reforms currently debated among lawmakers, Nestle hopes they "address the disadvantage of local manufacturers, which use local agriculture products, against those importing finished goods," especially from Southeast Asia, according to Ernesto Mascenon, senior vice president and head of corporate affairs at Nestle's Philippine unit, who was quoted in local media reports on Sept. 4.

"Otherwise the option for us is we will close down our manufacturing here and just move to Indonesia, or Vietnam, Malaysia, [and] import," Mascenon said. Nestle operates a coffee processing plant in Cagayan de Oro in Mindanao, President Rodrigo Duterte's home region, and sources 70% of its coffee locally. The plant supports around 10,000 local growers, a quarter of the industry. Closing the factory would be a blow to Duterte's job-creation efforts.

Nestle's warning comes as lawmakers began deliberating a bill submitted to congress last month outlining a second round of tax changes. The tax bill seeks to re-evaluate incentives given to companies, but discussions have centered mainly on exporters that would suffer from any move to eliminate perks.

The bill is opposed by foreign investors, particularly in the vital business process outsourcing sector, whose tax holidays may be curtailed. To offset the negative impact on companies, the measure seeks to gradually lower the corporate income tax to 20% from 30%.

Nestle said it may also discontinue the sale of the Nesfruta powdered fruit juice drink brand. Nesfruta's sales volume has fallen 30% this year, after a tax on sweetened beverages was introduced in January as part of the first round of tax reforms, which also increased workers' take-home pay.

The levy, which is based on volume rather than sugar content, was intended to be easy to administer. But it left manufacturers with little room to tweak their products in response to the new tax scheme.

From chocolate to beverages, Nestle has moved to reduce the sugar content of its products in Western markets in response to calls for healthier products.

Other companies, meanwhile, have opted to pull out of the Philippine market or to beef up local supply chains to stay competitive. Mexico's Coca-Cola FEMSA withdrew, selling its 51% stake in the bottler's Philippine operations back to Coca-Cola Co. of the U.S. in July in response to the sugar tax, supply issues and labor woes. Universal Robina, which competes with Nestle in the coffee segment, opted to purchase a sugar miller recently to ensure supplies.