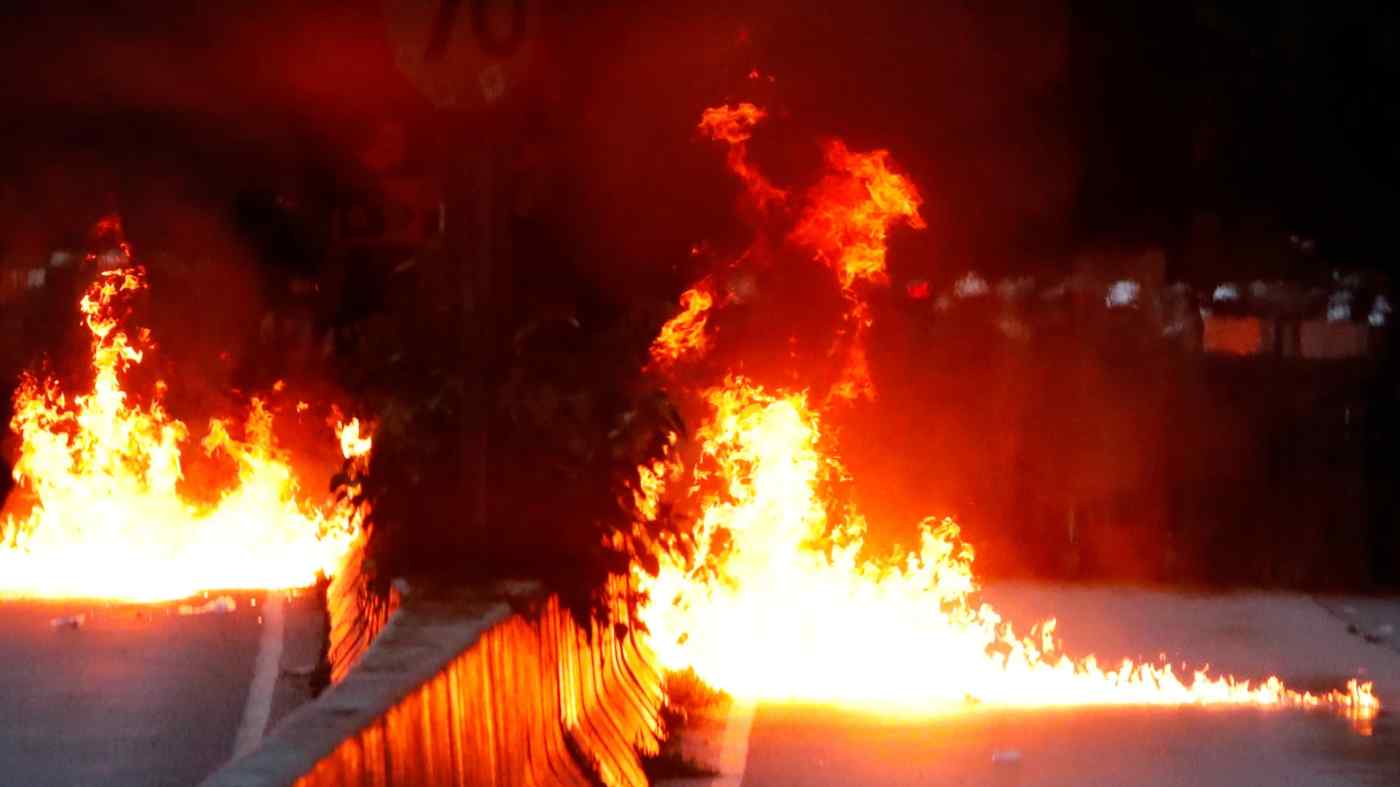 TOKYO -- China issued a stern warning to Hong Kong protesters as well as the West on Sunday, reiterating that it will not tolerate any attempt to undermine Chinese sovereignty over the city.

"The end is coming for those attempting to disrupt Hong Kong and antagonize China," stated a commentary piece published by the state's Xinhua News Agency.

The strongly worded message was directed at "the rioters and their behind-the-scene supporters" -- which can be taken as an accusation of Western meddling. It said that "their attempt to 'kidnap Hong Kong' and press the central authorities is just a delusion," adding, "No concession should be expected concerning such principle issues."

The warning came as thousands of people blocked roads and public transport links to Hong Kong's airport. The demonstrations, which started in response to a proposed bill that would have allowed extradition to the mainland, have morphed into a broader rejection of Beijing's growing control over the semiautonomous city.

The commentary said three lines must not be crossed: no one should harm Chinese sovereignty, challenge the power of the central authorities or use Hong Kong to infiltrate and undermine the mainland.

"Anyone who dares to infringe upon these bottom lines and interfere in or damage the 'one country, two systems' principle will face nothing but failure," the piece declared. "They should never misjudge the determination and ability of the central government... to safeguard the nation's sovereignty, security and core interests.

With the protests attracting global attention, the demonstrators and the authorities are also fighting a PR battle. On Saturday, the Chinese Foreign Ministry took an unusual step of distributing images of alleged protester vandalism to the international press, in an apparent attempt to discredit the movement. 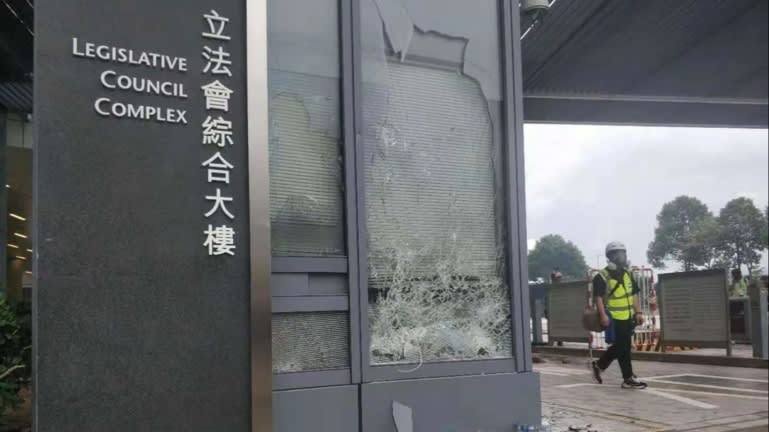 The Chinese government, in a rare move, has distributed images of alleged protester vandalism to the foreign media. (Photo provided by China's Ministry of Foreign Affairs)