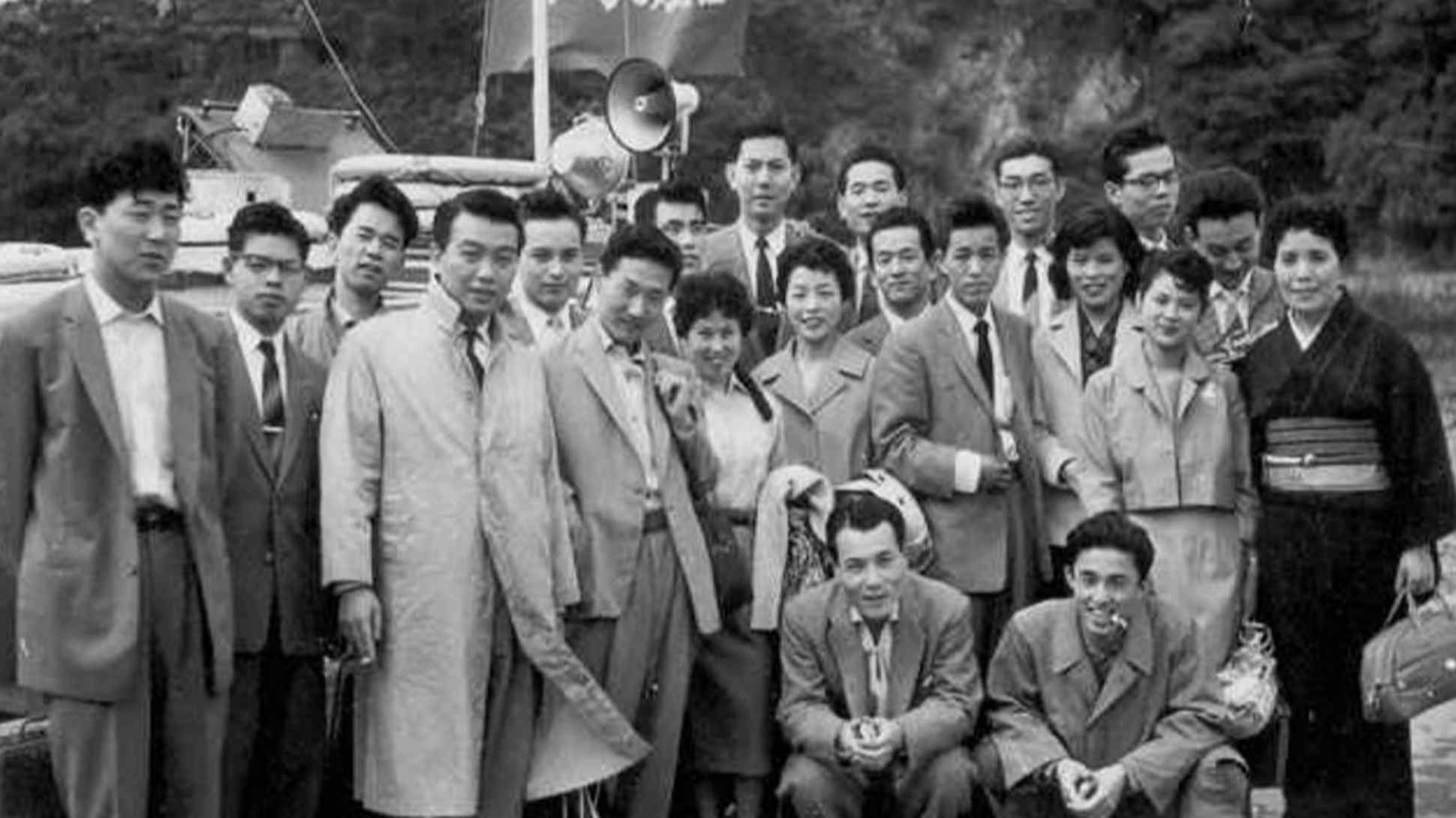 Boonsithi, center, back row, poses with his colleagues from Kyoko, a trading company established by his father in Osaka.
Boonsithi Chokwatana

Boonsithi Chokwatana is the Chairman of Saha Group, Thailand's leading consumer products conglomerate. This is part 7 of a 30-part series.

In the spring of 1954, a Pan American Airways plane took off from Bangkok and brought me to Hong Kong in six hours. I spent a week in the city, where Saha Pathanapibul already operated an office. During the week, my father bought me suits, shoes and other things a businessman needs.

Air travel from Hong Kong to Tokyo took 16 hours, including the time needed for refueling in Okinawa. At that time, Okinawa was under U.S. administration. As the aircraft landed at the airport, the window shades had to be pulled down so that passengers could not see out of the windows. Nobody was allowed to leave the plane, which took off immediately after it was refueled.

We arrived in Tokyo at around 8 in the evening. Since my father sent a telegram to our people in Japan announcing our trip before the departure, about 10 employees from the Tokyo branch of Kyoko, a trading company founded by my father in Osaka, were at the airport to meet us.

I was overwhelmed by the Tokyo scenery unfolding from a car window. I had been impressed by Hong Kong, which I found to be a far bigger and livelier city than Bangkok. But Tokyo was even more so.

The city was still dark at night. The Korean War had just ended, and I could see American soldiers in the streets.

We traveled from Tokyo to Osaka by train using the Tokaido Main Line. The Shinkansen had yet to come into being. From the train window, I could see cherry blossoms beginning to bloom and Mount Fuji, which I had seen only in photographs.

The rural landscape in Japan was also quite different from that in Thailand.

Houses that dotted the countryside looked very neat and tidy. As I started living in Japan, I was amazed at how all people were industrious and punctual and worked with a sense of tension.

In Thailand, employees were not even expected to show up for work and leave the office at set times. In those days, Saha employees had no days off. When I later returned home after a stint in Japan, I proposed to my father to allow employees to take off Sundays.

We arrived in Osaka and went to Shinsaibashi, where the head office of Kyoko was located. There were more buildings than I had expected, and I found streets lit up brightly with neon lights. Ten years after its defeat in the war, Japan was on the cusp of its rapid economic growth. I thought Thailand could also achieve economic development by learning from Japan.

I worked as a buyer and also acted as a liaison with the headquarters in Thailand. For the purpose of business communications, my father usually sent me letters written in Chinese and telegrams when in a rush. In those letters and telegrams, he described products he wanted or commented on products I had sent to him.

After translating his messages into simple and specific terms, I gave instructions to employees, such as, "Purchase 300 dozens of this product." Or, "The price is too high."

For example, a thermos. You would think that it would normally be used to keep hot water in. However, in Thailand where refrigerators were not widely used, thermoses were used to put drinks and ice together and keep them cool. In Japan, we were able to buy wide-mouth thermoses that made it easy to add ice. In Hong Kong, only narrow-mouth thermoses were sold.

We would request our business partners to make products that looked like those of famous Western brands. Parker and Sheaffer fountain pens were popular in Thailand, but they were too expensive for ordinary Thai consumers. Our Japanese suppliers made similar-looking products at lower costs, and we sold them under our own brands. We did the same with cuffs and belt buckles.

I am very aware that this business model would put us in serious trouble nowadays. But back then, when there were shortages of goods, I must recall that those products sold well.

We also bought charcoal irons, the motorized bicycle launched by Honda soon after the end of the war and Yamaha harmonicas in Japan and exported them to Thailand.

Most Japanese manufacturers were just small factories back then. Banks would not lend much money, and I saw many such businesses go under.

Since they were keen to export their products, they were willing to show me their factories when I visited them, showed letters of credit and placed orders. When I pointed out how their products could be improved, they responded immediately.

I was lucky to be able to see up close how these small Japanese manufacturing businesses managed to survive those tough times and grow into big businesses.

Everything I saw and heard remains engraved in my memory.