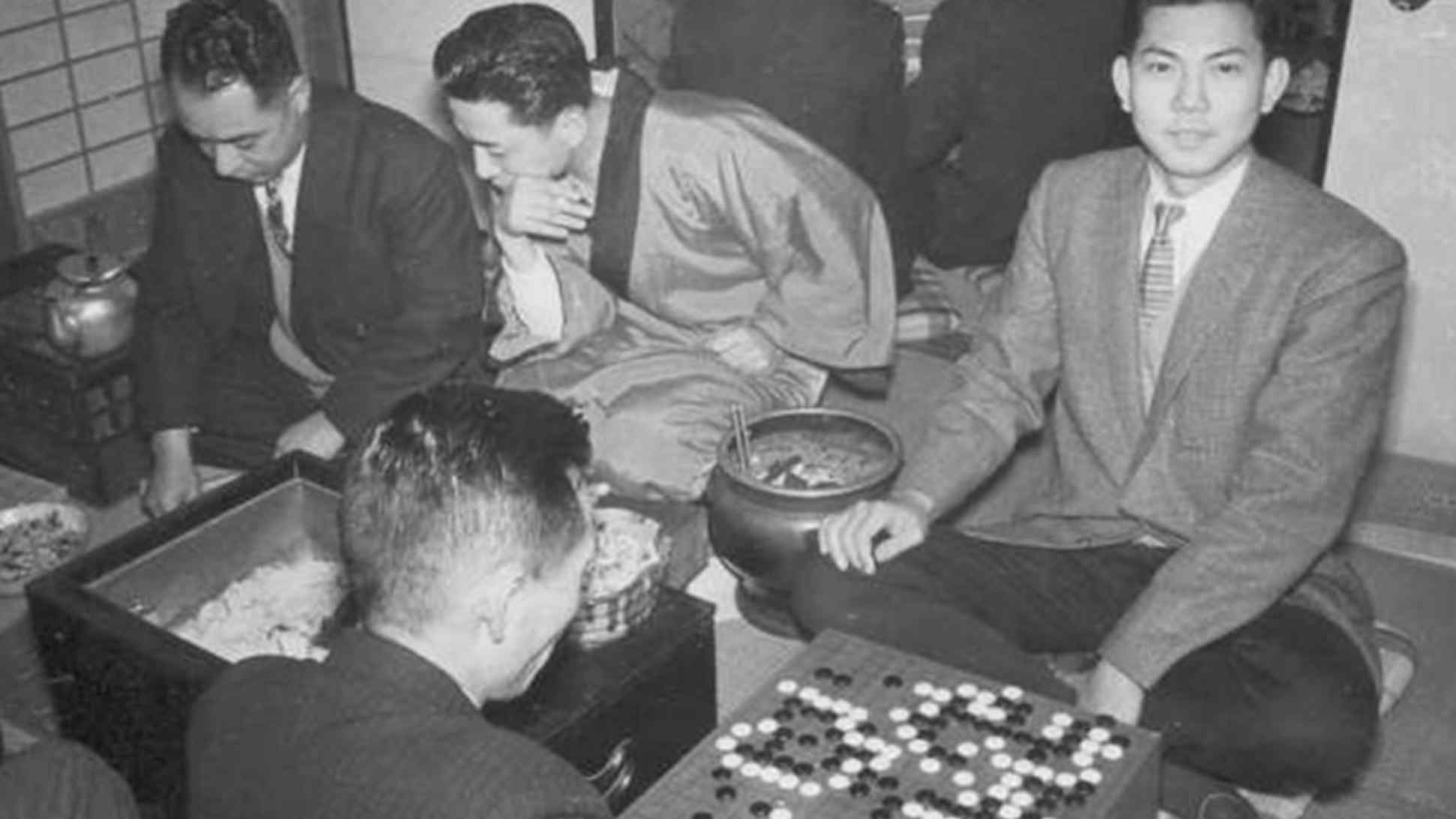 A daily game of go at lunchtime gave Boonsithi some valuable lessons about business and life.
Boonsithi Chokwatana

6 years as a buyer in Osaka: Saha Group chairman's story (8)

Food, culture and the lifetime treasures obtained at 'Shinsaibashi University'

Boonsithi Chokwatana is the Chairman of Saha Group, Thailand's leading consumer products conglomerate. This is part 8 of a 30-part series.

My job as a buyer at Kyoko opened my eyes to the thrill and excitement of business. I started working for my father's business because he told me to do so. But my six-year stint in Osaka helped me find my purpose in life. Everything about life in Osaka came as a new experience to me. Let me tell you a little about these memorable days.

My first home in Japan was in Hyotanyama, a town in the city of Higashiosaka and close to the border with Nara Prefecture. Kyoko rented a detached house for me and a senior Thai employee who had joined the company earlier.

Since it was in an inconvenient area where even city gas was not available, I moved to a southern part of Osaka that is now Tezukayama, in Osaka's Sumiyoshi Ward in my second year at Kyoko. The company purchased a lot in the area and built a dormitory for employees. I have heard that Kyoko later sold the dorm for a handsome profit.

I left home at 6:30 every morning to arrive at the company by 8. My working hours ended at 5 in the evening and I returned home around 6:30 when there was no business dinner to attend. Keeping regular hours was new to me since there were generally no rules in Thailand about the time to arrive at and leave the office.

The company employed a maid to prepare breakfasts and suppers for dorm residents. We called her "Obah-san (granny)." The meals she served were mostly simple and traditional fare, typically composed of rice, miso soup and various boiled and fried foods. But she made sukiyaki from time to time, which I really looked forward to.

When I felt nostalgia for Thai food, I sprinkled nam pla Thai fish sauce over the dishes she cooked. There was no Thai restaurant in Osaka back then. There was one in Tokyo, in Ginza to be exact, and I often visited the restaurant when I made business trips to the capital.

I also served as a guide when Thai business partners like wholesalers came to Japan. It was an important task. I often treated them to steak dinners at a restaurant called Suehiro. It cost around 400 yen per person. I also often treated these guests to sukiyaki and tempura. My guests from Thailand were very happy with these dishes.

When I began to work in Osaka, I had no knowledge of Japanese. I communicated with other Kyoko employees through writing Chinese characters. One of the employees, an elderly man named Wakabayashi-san, spoke fluent Chinese because he had lived in China for many years.

We frequently worked together. He taught me oral Japanese, and I learned the hiragana and katakana phonetic lettering systems on my own. The knowledge of Japanese I gained in those days came in handy in later years when I tried to build business partnerships, including joint ventures with Japanese companies.

Wakabayashi-san also taught me how to play go, a traditional board game popular in Japan and other East Asian nations. We played the game almost every day while eating lunch. In go, you cannot win a complete, shutout victory. You have to concede territory to the opponent in some phases to eventually win the game.

The game tests your ability to develop wise strategies and make the right decisions based on them. You need to be able to see the forest as well as the trees to avoid winning the battle and losing the war. I became immersed in the game, which seemed to give me some valuable lessons about business and life.

I am a graduate of a junior high school under the old education system. When I am asked about my academic background, however, I say I graduated from "Shinsaibashi University." My years in Osaka initiated me into the world of business and gave me opportunities to experience Japanese traditions and culture firsthand. These experiences have become invaluable assets.

But happy days come to an end sooner or later. They were making plans to set up Kyoko's branch in Thailand. If they did, that would make it no longer necessary for me to continue working in Osaka as a liaison with the Thai headquarters. A growing number of Japanese companies were seeking to expand into overseas markets on their own and are hoping to deal directly with Saha without going through Kyoko.

I also became disgusted by the strained atmosphere within the company due to a promotion race. My father was later to sell his stake in Kyoko to Okada-san, the co-owner.

I was now 23 and had lived in Osaka for a quarter of my life. I was beginning to feel a growing desire to use what I had learned in Japan for conducting business in Thailand.

It wasn't that my father had called me back home. I made a decision myself to return home, with my father's permission. In 1960, I left Osaka, a city so deeply associated with the colorful memories of my youth.