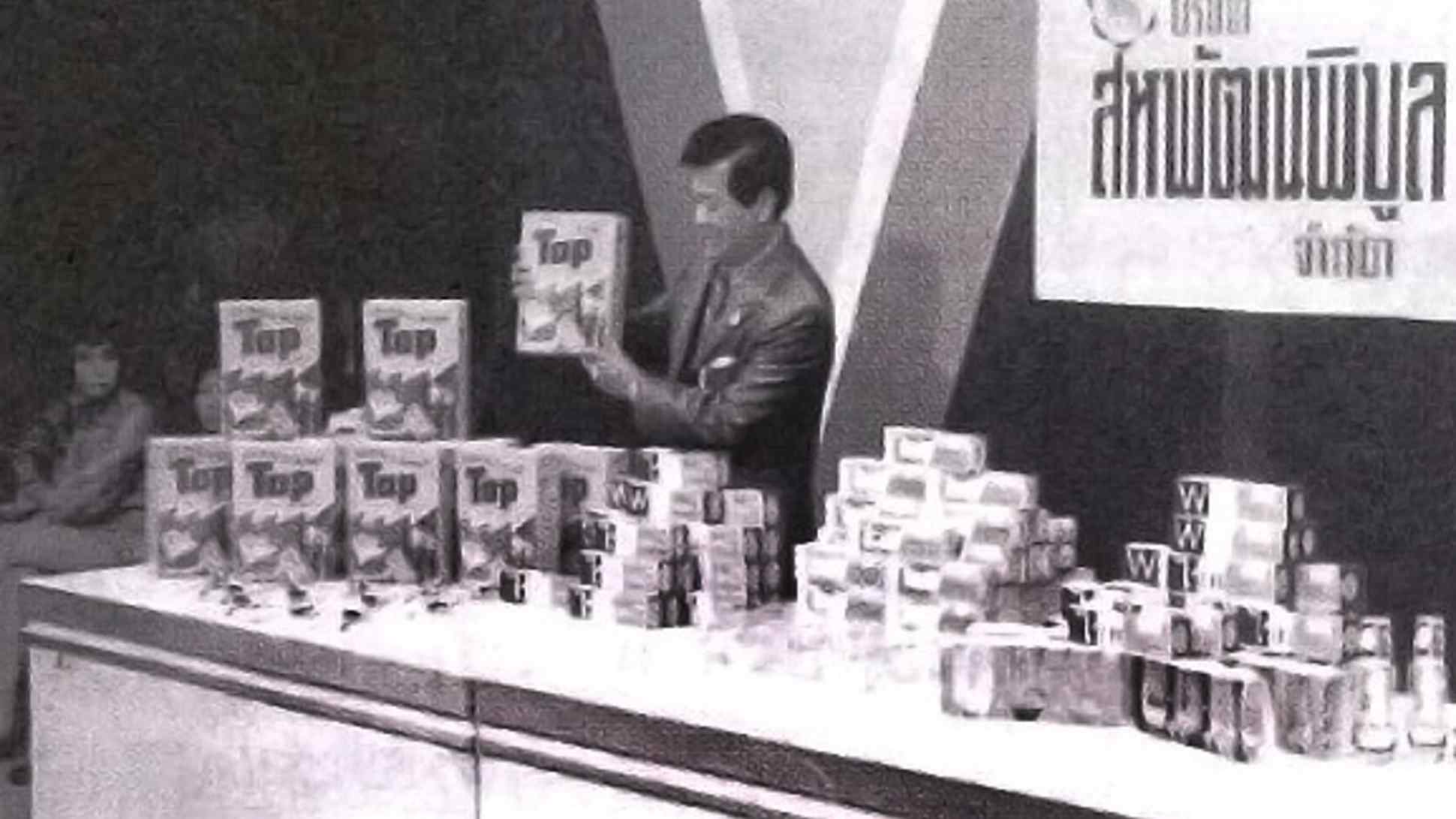 Boonsithi Chokwatana is the Chairman of Saha Group, Thailand's leading consumer products conglomerate. This is part 10 of a 30-part series.

Business at our powdered shampoo container factory was going well, and we branched out into soap as well. Since both used products from Lion Fat and Oil, not Lion Toothpaste, from where Kobayashi-san hailed, we decided to fill toothpaste containers as well.

However, we were unable to find any tubes. Container manufacturers, afraid of Colgate, the market leader, would not sell to us. We had no choice but to import machines from Japan and start making our own. As a result, we gradually grew the scope of our business.

My father next turned his attention to powdered detergents.

In 1956, Lion Fat and Oil had launched Top in Japan. Since the company had excess capacity, it asked us if we would like to sell Top detergent in Thailand.

We imported and sold the product on a trial basis around 1960, but then an "accident" occurred.

After some time, the powder would stick together and turn into stonelike lumps. For almost half of the year, Thailand experiences a rainy season, unlike Japan, and the high humidity made the granules clump together.

Astonished, we informed Lion Fat and Oil and hearing this, company President Torajiro Kobayashi, Kobayashi-san's uncle, flew all the way to Thailand. He apologized to my father and reimbursed him for the damaged products.

My father was grateful and became more active in cooperating with Lion.

We knew the market for powdered detergent was large, but we could not enter it in earnest right away. Here too, Colgate, as well as Unilever, stood in the way.

Under the policy of import substitution, the Thai government had granted five-year exclusive production rights to the two foreign companies, which were among the first to set up factories in 1962, and restricted new entrants.

At the time, Colgate's Fab was synonymous with powdered detergent. The company had been selling its products in more than 50 countries, and it knew exactly how to enter developing-country markets.

Unilever's Breeze entered the market later and won over consumers with a "buy one, get one free" campaign. Similar sales promotions are now commonplace in Thai retail stores.

However, it did not start producing detergent right away.

It was clear that if we were to challenge the giant foreign companies head-on, they would squeeze us until we left the market.

So we started with domestic production of powdered shampoo. When designing the facilities, we asked Lion Fat and Oil to make sure the same machines could be used to make powdered detergent.

Our strategy was like this: If Colgate and Unilever went on the offensive against us, we could focus on making powdered shampoo. But if they left an opening, we would attack the powdered detergent market bit by bit.

It was not easy. Because we used the same machines to make shampoo and detergent, the powdered detergent particles were too fine. Consumers complained that the powder would drift up into the air, making them sneeze.

In addition, the paper box containers were of poor quality and quickly became wrinkled.

Unlike in Japan, where washing machines were coming into widespread use, hand washing was still the norm in Thailand. The product was unpopular as a result -- it did not foam enough.

We worked closely with Lion Fat and Oil to improve the situation. It was precisely because they did not hold back that we were able to compete with the Western giants. Neither did my father and I try to get too much out of our partners.

The reputation of our joint venture with Lion quickly spread, and many Japanese companies looked for Saha's cooperation in entering the Thai market.

In 1980, when Lion Toothpaste and Lion Fat and Oil were merged to form Lion, the joint ventures in Thailand also joined to form the new Thai Lion. I became the new company's first president.