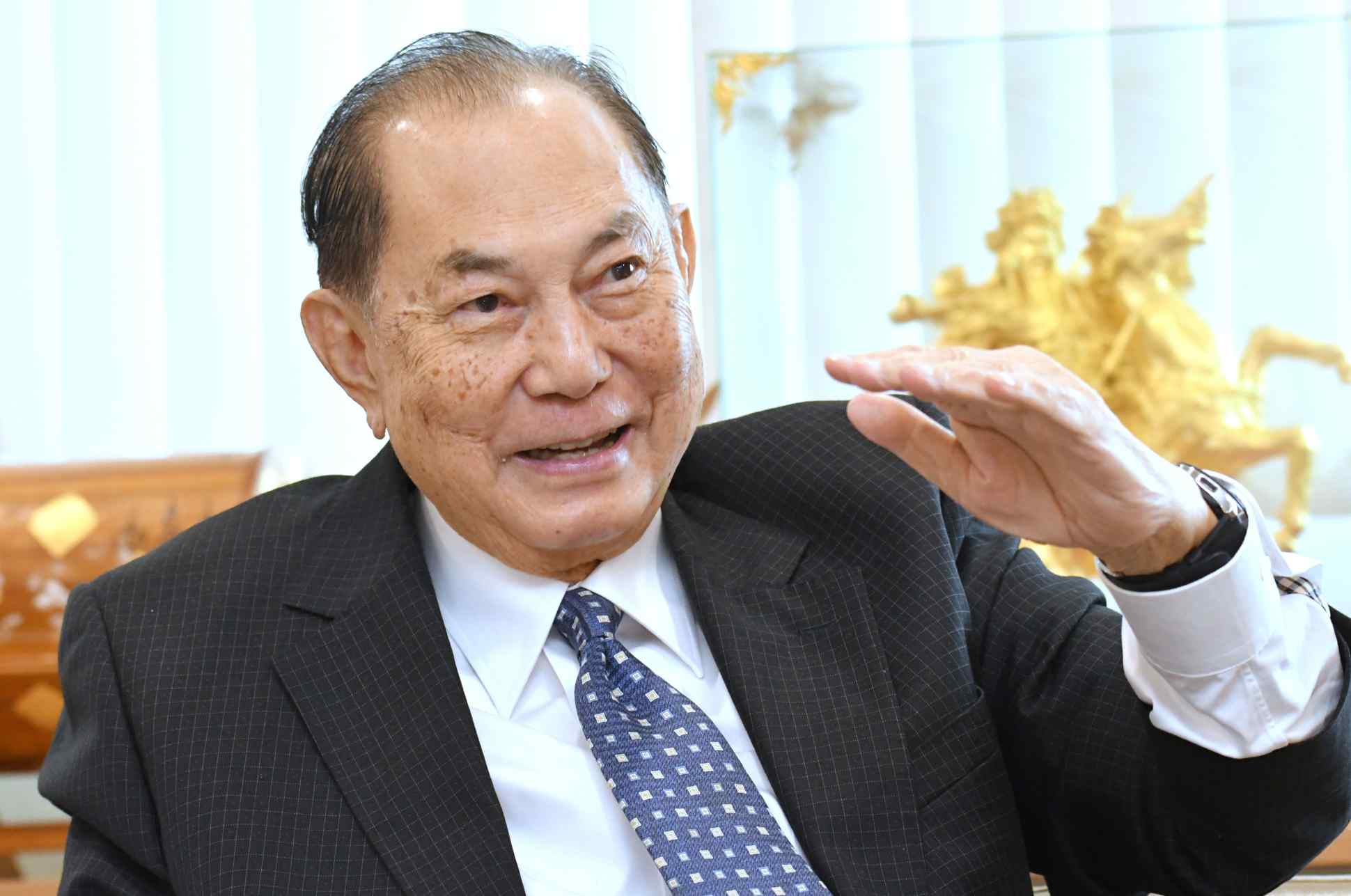 The story of Thailand's Saha Group and its chairman (1)

Boonsithi Chokwatana recalls lessons he learned from YKK founder in 1956

This is part 1 of a 30-part series and the latest installment of Nikkei's "My Personal History" ("Watashi no Rirekisho") autobiographies, the first of which was published in 1956. Since then, a variety of world-changing individuals have written or dictated their life stories for publication.

"Thailand's King of Consumer Goods" -- Like my father, I have been called that for some time as chairman of the Saha Group in Thailand.

Some also refer to me as "the bridge between Japan and Thailand." Such epithets make me feel humbled and proud.

I, Boonsithi Chokwatana, am an ethnic Chinese born in Thailand, soon to turn 84 years old.

In taking this opportunity to look back at my life, I would be grateful if readers could learn of the footsteps of coexistence and coprosperity between the two countries that have both risen from the devastation of the postwar era and developed to this day hand-in-hand.

Let me first start with a sketch of Saha Group.

Our products are deeply entwined with people's daily lives. Our companies manufacture and sell more than 30,000 products, ranging from detergents, toothpaste and cosmetics to instant noodles, beverages and clothing.

I don't think it would be an exaggeration to say there are always at least three or four Saha Group products among the items that Thais pick up every day.

There are about 300 companies in the group, including the development and management of upstream industrial parks, as well as downstream retail, restaurants and services. Although we do not disclose the group's total sales, sales for the 18 companies listed on the Stock Exchange of Thailand totaled 102.6 billion baht ($3.3 billion) in 2020.

The group's origin dates back to 1942 in the midst of World War II, when my father, Thiam Chokwatana, opened a daily goods wholesale store in Bangkok.

When the company was reorganized in 1952, its Thai name was changed to Saha Pathanapibul, a Thai translation of its original Chinese name, which was inspired by the idea of working together to achieve success and prosperity. It is still the core of the group, dealing mainly with daily goods.

Of our 300 companies, 80 are engaged in joint ventures with Japanese companies. Their partners include such formidable companies as Lion; Wacoal, Japan's largest lingerie seller; Kewpie, the mayonnaise maker; Gunze, a textile producer; S.T. CORPORATION, a maker known for its deodorizers and air fresheners, Otsuka Pharmaceutical; and Lawson, the leading convenience chain operator. No other group anywhere in the world has as many partnerships with Japan.

The beginning of Saha's deep relationship with Japan goes back to 1956, when my father visited a factory owned by Yoshida Kogyo (now YKK) in Toyama Prefecture.

I went along to serve as an interpreter for my father as I could understand a little Japanese after two years in Osaka as a product purchaser.

Around that time trousers were becoming popular in Thailand, and my father thought that if we could secure and import large quantities of YKK fasteners, they would sell well.

After the business discussions, President Tadao Yoshida, the founder of YKK, entertained us at a nearby ryokan, a traditional Japanese inn. There we took a soak in the hot springs, then enjoyed some sake while wearing Japanese summer robes and sampling fresh seafood.

There at the inn, President Yoshida told us a story.

"In business," he said, "it's best not to think too much about who gets how much profit. If you pour a lot of water down the drain all of a sudden, it will eventually come back up. That's what profit is all about."

I was only a little over 20 years old, but these words became engraved in my mind as he explained YKK's corporate philosophy, "The Circle of Goodness," which says there is no prosperity for oneself without others also benefiting.

YKK was later involved in a joint production enterprise in Thailand with a company that was established by my father's brother-in-law as a branch of Saha.

The lessons I learned from my later dealings with Japanese companies, such as "wholehearted devotion" and "trust comes first" continue to be my business policies to this day.

Do not think about making money right away, but instead focus on struggling together with your partner. The thinking is not that we will refrain from engaging in an activity because it will be unprofitable. Rather it is that if there is a good product with potential, we will take it on even if we have to struggle with it.

That is what my father, who raised Saha, and I, who took over the company, have always tried to do.