Dhanin Chearavanont (26): CP, Itochu and Citic, an alliance of the strong 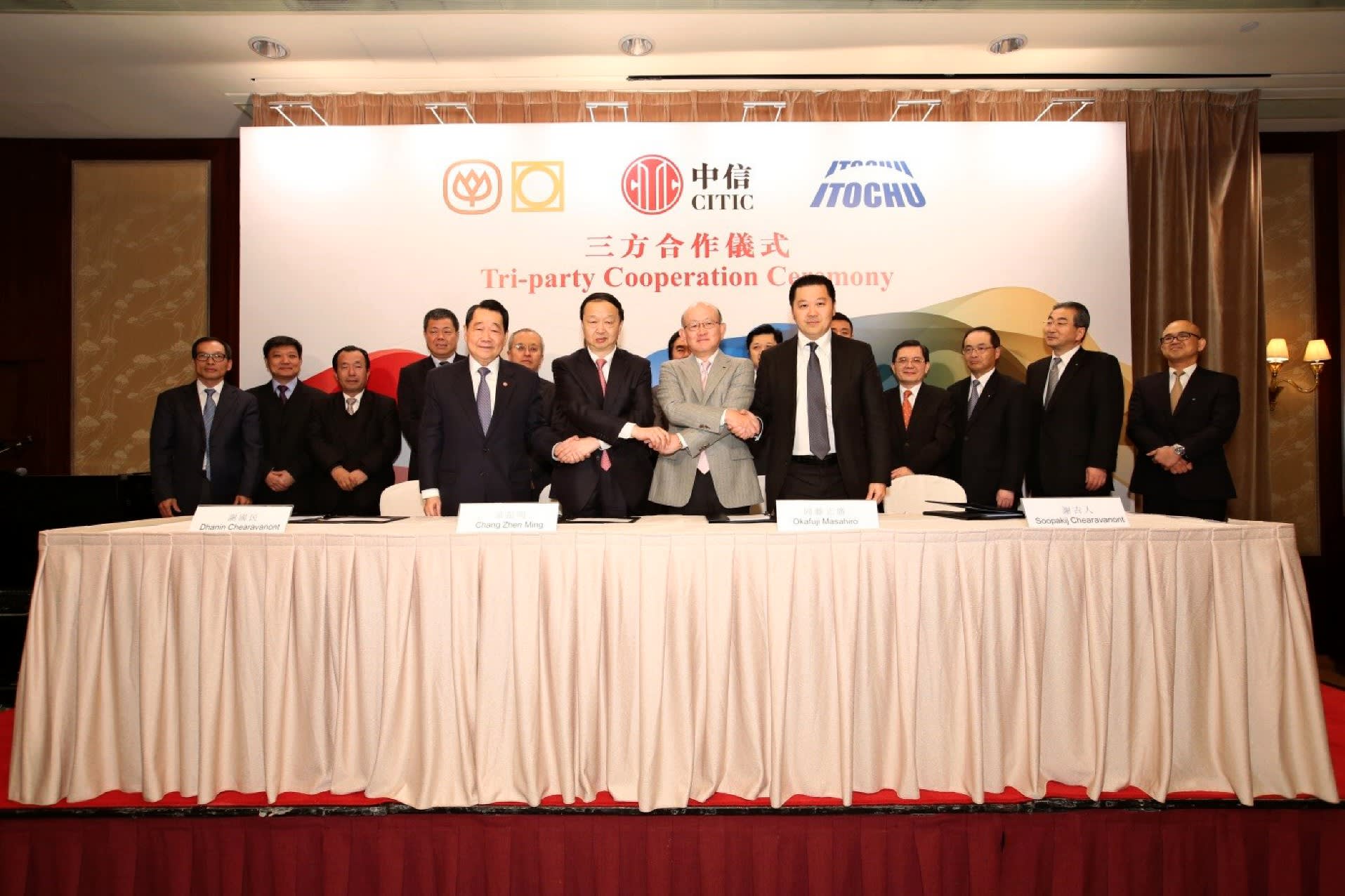 An old saying describes the perfect conditions for taking action: "The right timing, favorable terrain and a meeting of minds." This sums up how Charoen Pokphand Group came to form a strategic alliance with Itochu.

In January 2013, CP Group decided to acquire about 15.6% of the shares in Chinese financial group Ping An Insurance Group. We were looking to bolster our financial services business, which was something of a weak point in group operations.

At around this time, the manager in charge of our China operations said to me, "There is someone I would like you to meet." The person in question was Masahiro Okafuji, president of Itochu.

At a time when most Japanese trading houses were giving up their textile businesses, I was struck by how Mr. Okafuji had managed to increase profits at his company's textile operations by fivefold. However, CP Group didn't have any significant dealings with Itochu, so a meeting did not materialize for some time.

Half a year later, the situation changed thanks to strong efforts on our part. In mid-October, I flew to Tokyo on a private jet to attend a luncheon meeting with Itochu executives. The instant I shook hands with Mr. Okafuji, I knew he was a person I could do business with. I immediately made an offer: "We would like to own about 10% of Itochu's stock."

His reply impressed me deeply. "We'll consider your proposal if Itochu, too, can invest in your group, so we can firmly join hands." I had been acquainted with top executives at Japanese trading houses for many years, but none of them had been able to talk business from the start like that.

Our alliance took shape in July 2014, with CP Group taking a 4.9% stake in Itochu and Itochu taking a 25% interest in CP Pokphand, a Hong Kong company in CP Group.

More cross-border capital tie-ups were on the horizon. The Japanese market was largely saturated, and there was little room for consumer spending to grow. To tap markets in China and the Association of Southeast Asian Nations, we proposed that CP and Itochu jointly invest in Citic Group, one of China's largest state-owned conglomerates. Citic was founded as a national investment vehicle in 1979 as part of the economic reforms of paramount leader Deng Xiaoping.

In addition to a penetrating intellect, Mr. Okafuji also had the ability to get things done when it came to initiating reforms and creating new businesses. Still, investing in Citic would involve not only an enormous sum of money -- more than $10 billion -- it would also require special approval from the Chinese government.

Citic Chairman Chang Zhenming embarked on the job of persuading the Chinese government to sanction the deal. To do this, he touted our long-standing ties with the country: CP Group had been the first foreign company to enter China after it opened up its economy, and Itochu had been trading with China even before the country restored diplomatic relations with Japan in 1972.

In January 2015, CP Group and Itochu announced they would pay a total of $10.4 billion to acquire a 20% stake in Citic, splitting the investment equally between them. This capital alliance, involving three of the biggest companies in Asia, sent shockwaves throughout the region.

The three partners have their own areas of strength. Itochu has global logistics and distribution channels, and excels on the personnel front. CP Group is one of the largest corporate groups in Southeast Asia, with distribution and retail businesses stretching from the farm to the dinner table, as well as a wealth of connections within the overseas Chinese community. And Citic is one of China's largest conglomerates, with operations covering both financial and industrial sectors and a business network stretching across the whole of China.

Combining the management resources and networks of these three companies creates an alliance of strong players. Focusing on the global market, we will be able to create a still greater business foundation.