After enrolling in the National Central University in Nanjing, I became even more staunchly leftist.

Following Japan's surrender, U.S. forces advanced to North China. At the end of December 1946, news that a female Chinese student at Peking University had been raped by an American soldier came out, sparking a wave of anger and indignation among Chinese youth.

The following January, anti-U.S. demonstrations protesting the incident spread across China. Students at universities in Nanjing joined the protests, and I readily took to the streets, shouting, "No to U.S. Imperialism."

At the outbreak of the Sino-Japanese War, the National Central University relocated to Chongqing. It had only recently returned to Nanjing when I enrolled, and the number of faculty members was not large.

I majored in Chinese philosophy and immersed myself in such classics as the works of Laotzu and Sun Tzu.

My classmates came from various parts of China, but I was the only overseas Chinese at the university.

I lived in a university dormitory and ate at the student cafeteria with my classmates. 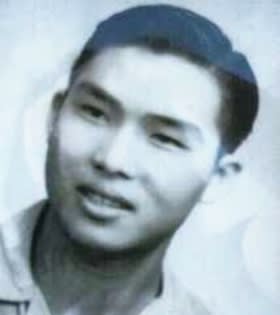 This photo was taken in 1948, when I was studying Chinese philosophy at the National Central University in Nanjing. (Photo provided by company)

In 1947 and 1948, China suffered hyperinflation. The Kuomintang was locked in civil war with the Communist Party and kept heedlessly printing money to finance the war.

As a result, the value of the currency nosedived, triggering runaway inflation. The prices of various things skyrocketed hundreds of thousands of times in a matter of months. Printed money became as worthless as wastepaper.

In 1948, the Kuomintang government tried to tame the chaotic situation by issuing a new currency backed by gold and called the jin yuan quan, or gold yuan. But the new currency also became worthless in about half a year.

People used rice as a substitute for money. My father sent me money from Indonesia, but it was useless as people were relying on barter to get by. Life became increasingly desperate.

The civil war between the Kuomintang and the Communist Party continued raging across China. After winning a decisive victory against the Kuomintang's forces in the Huaihai Campaign, fought in areas to the north of the Yangtze River, in early January 1949, the Communist Party's People's Liberation Army advanced toward Nanjing. The city started suffering acute shortages of food and other necessities. Public order in Nanjing deteriorated and theft became rampant.

The National Central University canceled its classes, and most students and faculty members left Nanjing. Only a handful of students, including me, remained in the dormitory.

With nothing to eat, I shivered in the cold of the Nanjing winter. In Xinjiekou, the city's downtown district, refugees were freezing to death.

As I had nobody to turn to, I went to the Dutch Embassy. Although I had supported Indonesia's fight for independence from the Netherlands and left Malang, my hometown in Java, to escape the Dutch authorities, I had no choice now but to seek the country's help.

The Netherlands provided protection to people from Indonesia on humanitarian grounds. I told the embassy officials about my situation, and they arranged for me to board a ship bound for Hong Kong.

I thought I would probably be better off going to Hong Kong than remaining in Nanjing, where there was little to eat. At least in Hong Kong, I assumed, I would be able to get some food.

I left Nanjing before the People's Liberation Army captured the city in April 1949.

The first 20 years of my life were constantly overshadowed by war. I experienced four armed conflicts before I turned 20. The first was the conflict among warlords in Fujian Province, where my father was born. The second was the Japanese invasion of Indonesia. The third was Indonesia's war of independence. The fourth was the civil war between the Kuomintang and the Communist Party, which affected my life in Nanjing.

My experiences during these four wars convinced me that war can never be anything but a source of horror and sorrow. War not only causes death on the battlefield, it also creates hunger and poverty.

Arriving in Hong Kong after my escape from the chaos in Nanjing, I fully realized the great value of peace.