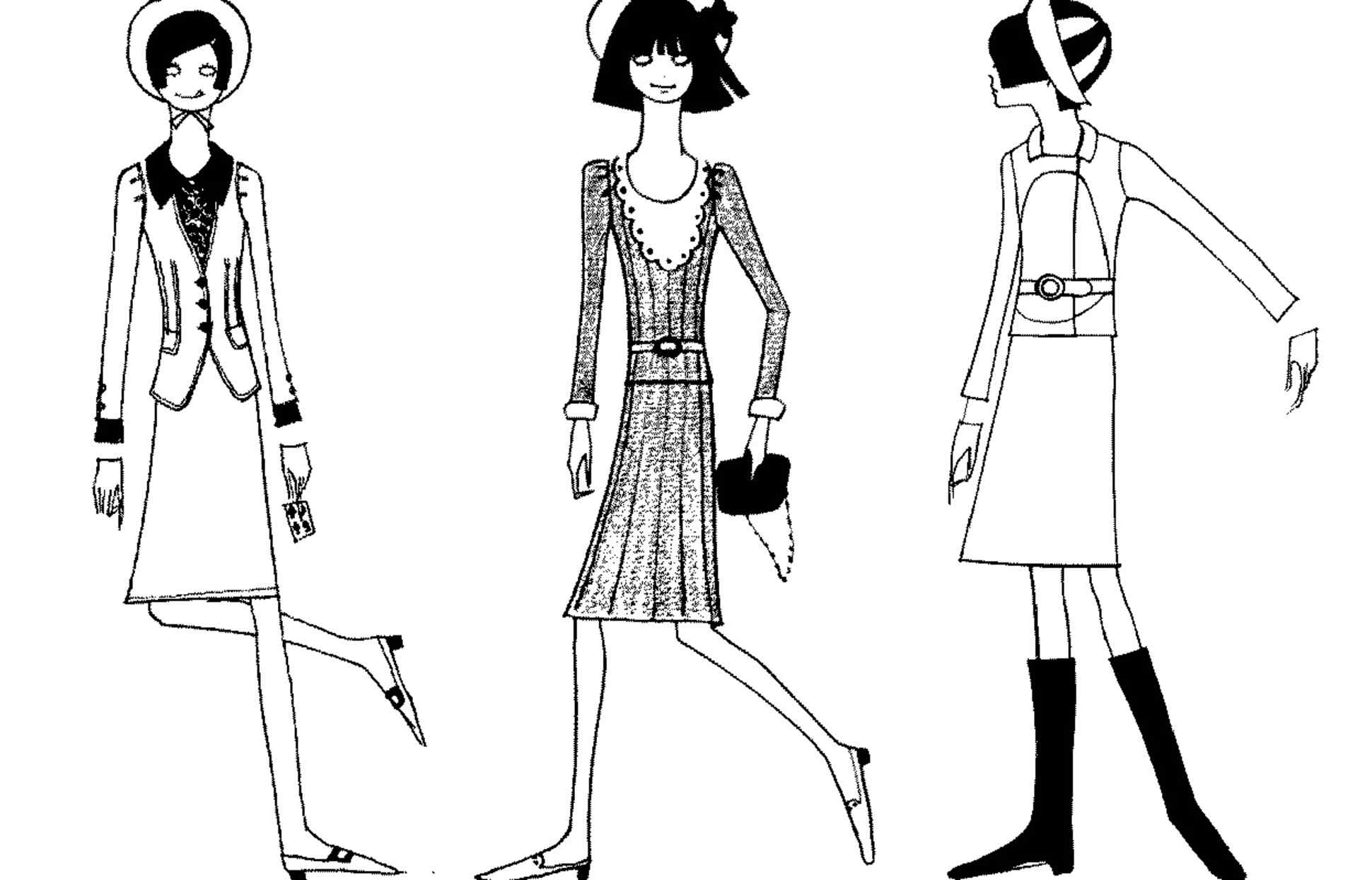 Channeling months of inspiration, I produced designs bought by Elle and others

It was 1965, and Sylvie Vartan's song "Cherchez l'idole" was a hit. It was the beginning of the pop music style known as ye-ye. Along the Champs Elysees, in Saint Germain de Pres, youth culture was blooming everywhere.

My daily routine included gazing into the windows of the Printemps department store and the Galeries Lafayette from the hotel into which I had just moved, walking along the Rue Saint-Honore, with its myriad boutiques, to the Champs Elysees, and sitting in cafes observing the clothes worn by the people who came and went.

I could sit in a cafe all day long and never grow tired of it. I would snap photos of the street corners and send them to magazine companies in Japan. Having just awoken to the world fashion, Japan was starved for information from Paris. I also wrote articles, so I had at least some income.

"Why don't I try my ability as a designer in the fashion capital of Paris?"

As my six-month deadline drew closer, this thought grew stronger with each passing day. Since coming to France, I had devoted myself to broadening my horizons and had drawn absolutely no design sketches. If I returned to Japan like this, I would certainly regret it.

Looking over my room, I saw my sketchbook, pens and pencils on top of the desk. Scrutinizing my reflection in the mirror, something in my heart suddenly burst out.

I finished several dozen designs then and there, pouring out everything I had absorbed in the different regions I had visited

"I have nothing to lose," I thought. "Nothing ventured, nothing gained!"

I turned deliberately toward my drawing paper and, concentrating single-mindedly on my work, began to draw. Asia, the Middle East, Africa, Europe -- I finished several dozen designs then and there, pouring out everything I had absorbed in the different regions I had visited.

For the first time, I used a felt-tip pen, which meant I could not redraw anything. Perhaps for that reason, there was a carefree energy to the lines, with no hesitation.

The following day, I used my clumsy English to present the drawings to Louis Feraud, my favorite boutique on the Rue Saint-Honore. A middle-aged woman in the studio there held out her hand, gesturing for me to let her see them. (This, I later learned, was Zizi, Mr. Feraud's ex-wife.) She had the discerning eye of a professional, but a warm, gentle smile lit up her face.

I had an experience there that I will not forget as long as I live. When I handed my sketchbook to the lady, she looked through them with a practiced eye and quickly selected five sheets. Then she said something to me in French.

I think that's what she asked. "Umm, the price of the pictures? Anything is all right."

I was startled at this sudden development and gave a vague reply. I hadn't given any thought at all to price.

Laughing, she gave me 25 francs apiece, for a total of 125 francs. Given that the hotel I was staying at cost 9 francs a night, this was no trivial sum. It was beyond anything I had expected. I would have counted myself lucky simply to hear her impressions of my sketches.

In a very good mood now, I set out on an even more daring course of action -- to sell directly to the editorial board of Elle magazine. The person I met was a middle-aged man who oversaw the Bon Magique page.

When he saw my sketches, he nodded admiringly several times, after which he selected 10 pieces and said he wanted to buy them for 50 francs apiece. That was twice what I had been paid the previous day. Moreover, he was kind enough to give me contact information for the boutiques, apparel companies and magazine publishers I should sell my drawings to in the future.

A favorable wind was blowing.

Though bewildered at how things were transpiring, I also felt a mysterious confidence.