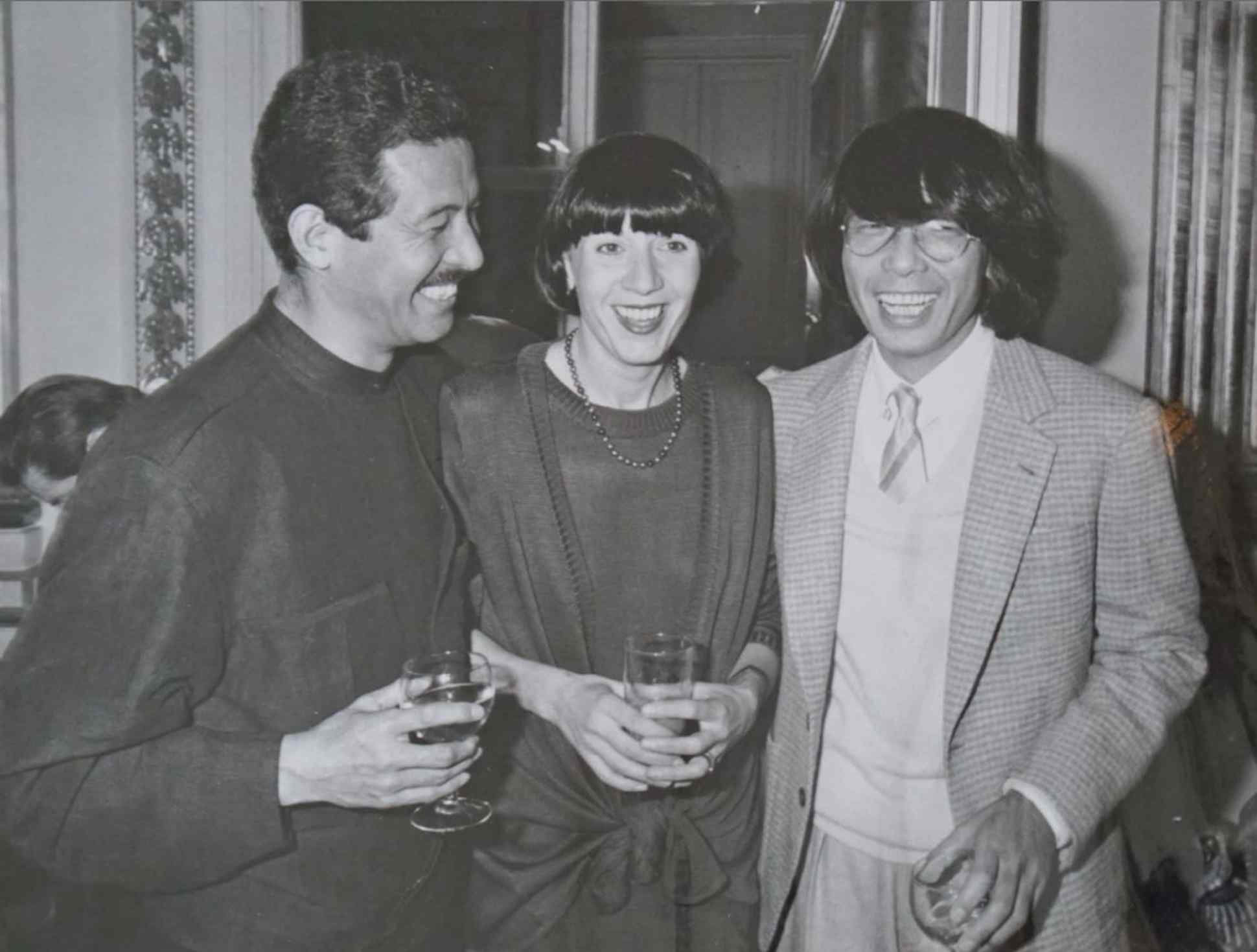 From Japan to Paris to New York, my social connections grew by leaps and bounds

Issey Miyake, an internationally known fashion designer, has been a friend of mine since we were young. I have many pleasant memories of him.

I first met him during my time at Bunka Fashion College. Miyake, who was a student at Tama Art University, was also a good rival who competed with those of us in the "Ninth Class of Flowers" for the Soen Award.

Dissatisfied that fashion was not yet recognized as art, Miyake organized a study group with other like-minded students aspiring to become fashion designers. I attended, but Miyake was the opinion leader. "He's a person with very high aspirations," I thought, admiring him from the shadows.

I made my voyage to Paris in 1965, and Miyake arrived just a little later the same year to study abroad. The distance between us evaporated, and we were soon going out on the town together at night.

Once we even took a trip to the free city of Amsterdam by car. We were two young men living it up at discos and bars and cutting loose to our heart's content. It is one of my fondly remembered episodes from my youth.

We attended each other's shows, and in 1982 we put on a big joint show in Japan. Miyake inspired me. He has been my comrade as we continue taking on the world.

When I made my debut in Paris, a number of famous people came over from Japan. I dined with actress Mariko Kaga and actor Koji Ishizaka, who were an item at the time.

With an introduction from Gilles, I even got to meet the great avant-garde artist Andy Warhol

I enjoyed drinking and dancing at lively parties with the likes of Masaaki Sakai, Hiroshi Kamayatsu and other members of the popular band The Spiders, as well as rock star Yuya Uchida and lyricist Kazumi Yasui.

Our mutual connection was another member of the Ninth Class of Flowers, Junko Koshino. As she was widely involved in making outfits for entertainers in Japan, I became friends with numerous stars through her.

My social network even crossed the Pacific Ocean to New York. The catalyst there was Gilles Raysse, my French business partner. He was widely known in cultural and artistic circles, in part because his brother was acclaimed pop artist Martial Raysse.

Gilles was an elusive free spirit who roamed the world. He once worked as a cook on a ship and lived in the jungles of South America. He had been working as a cameraman while selling his brother's works when he moved to New York, where he married top model Carol La Brie after a whirlwind courtship. Those personal connections enabled me to use famous models in my shows.

With an introduction from Gilles, I even got to meet the great avant-garde artist Andy Warhol, famous for his soup can and paper doll motifs.

It was at the legendary Studio 54 disco in Manhattan. Hairy, half-naked men and beefy guys in drag danced with abandon alongside glamorous men and women. Gay culture had begun to blossom.

Andy, who was wearing a silver wig and a bow tie, was not very talkative, but he had an enigmatic aura and even at a disco thronged with singers, actors, artists and other stars, he reigned as the "king of the night."

I met Andy often at discos in Paris as well, and it seems he eventually accepted me as a close friend, for he promised to do a portrait of me.

I was excited when he took my photo at his studio in New York. But as he peered into the camera, he wore a somewhat forlorn smile.

A number of months later, he died suddenly at the age of 58 of a heart attack. I was at a loss for words. Had he tried to convey something to me at that time, I wondered. The portrait he had promised me was still unfinished.