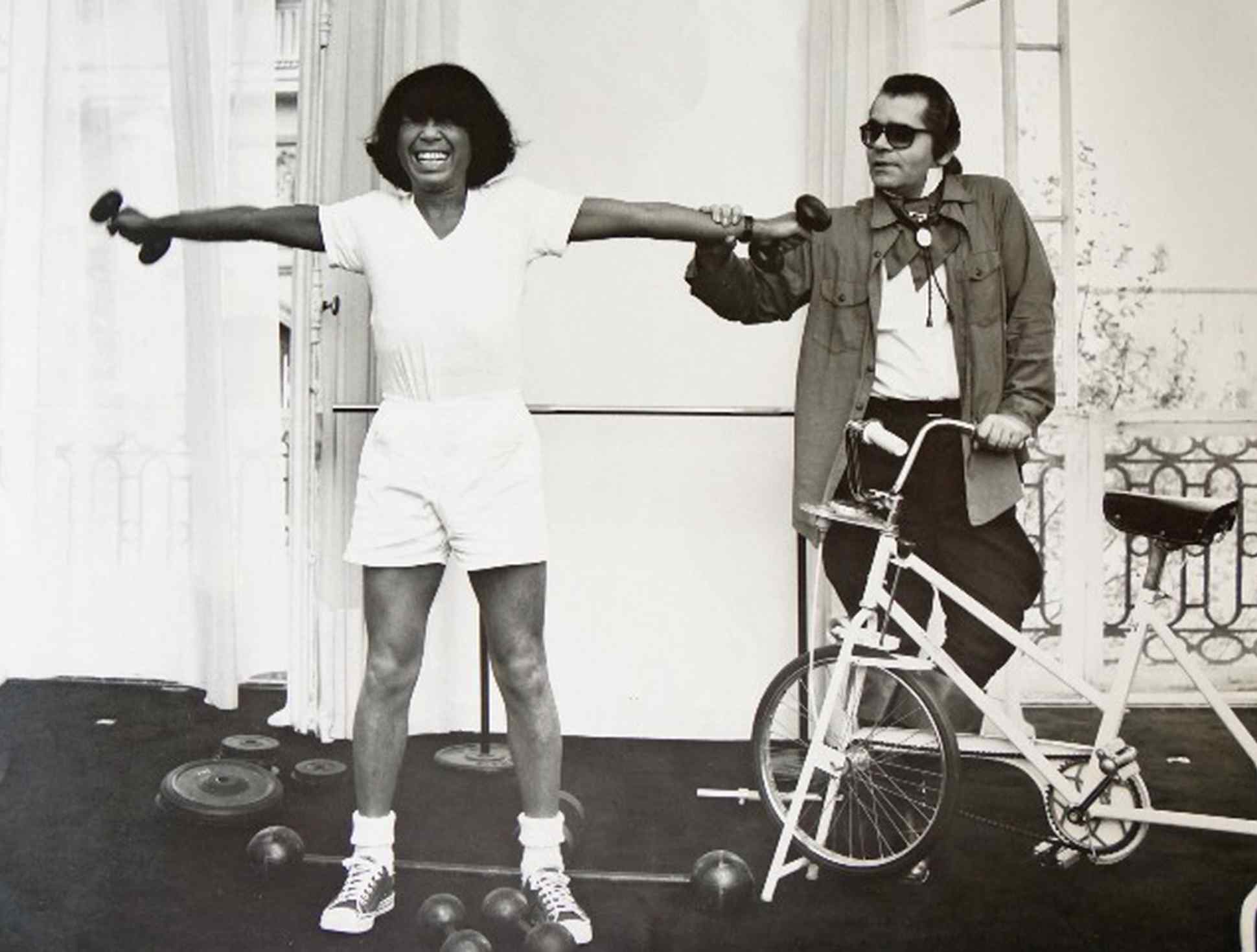 Working out with Karl, right, who was like a big brother to me
Kenzo Takada

In the Paris fashion world, business and love flourished after the sun went down

Yves Saint Laurent, Karl Lagerfeld and myself, Kenzo Takada. In this installment, I'd like to talk about the relationships shared by the three of us. We were bound together by a number of complex threads.

When just 21 years old, Yves was handpicked to be the head designer for Christian Dior. He was a much-admired presence who launched his own brand and came to be called the "emperor of fashion."

For his part, Karl was a powerful superstar active as the head designer for Chloe, Fendi and Chanel.

These two giants were friendly rivals who had been classmates at the Ecole de la Chambre Syndicale de la Couture. At the 1954 fashion contest, Yves won in the dress division and Karl in the coat division.

Studying in the same classroom at this time was Chie Koike, my beloved teacher at Bunka Fashion College. I heard many, many times from Koike-sensei about the brilliance of Yves and Karl. Although Yves was just three years my senior and Karl only six years older than me, they were on a completely different level from me.

For designers, having a partner who understands them, sympathizes with them and supports them is vital

Of the two, I met Karl first. Immediately after my debut in Paris in 1970, the two of us held a small show together in Venice at the invitation of an Italian fabric guild. We quickly became close as a result of that joint show.

Karl was conversant in a number of languages and well-versed in a wide range of fields, including the classics, literature and painting. He would devour mountains of newspapers, magazines and philosophy books while dining at a cafe, looking for all the world like a university professor.

I became close with Yves much later than Karl.

One cannot understand the Paris fashion world without understanding the social circles of the city's nightlife.

There was a disco by the name of Le Sept not far from the opera house. The three of us were regulars there. On the ground floor was a restaurant, while in the basement was a disco. It had neither signs nor windows. Bouncers dressed in black checked people at the door, and chance customers were rarely admitted.

Besides those of us in the fashion world, artists and entertainers hung out there as well. The likes of Mick Jagger, Sylvie Vartan and Andy Warhol regularly came and went. It was also the hub of Paris's gay culture.

To succeed in Paris, it was extremely important to be part of the nightlife scene. We would drink toast after toast of champagne and wine and dance until dawn. It was there that our personal connections grew, new business was born and the seeds of love were sown.

For designers who are continually creating, having a partner who understands them, sympathizes with them and supports them is vital. They need a companion who will stand by them in both work and private life, tied together by strong bonds. Sometimes these partners are of the opposite sex, and sometimes they are of the same sex.

It has to be somebody you can respect as a person and who has refinement and means. Yves had a partner named Pierre Berge, Karl had Jacques de Bascher and I had Xavier de Castella.

This world might have been difficult to understand for Japanese people at the time, but it is not at all rare in Paris. It is what gives fashion its power of expression.

More and more threads tied us together, and they became increasingly tangled. Jacque and Xavier were best friends, and it was through Jacques that I came to meet Xavier, the love of my life. As for Yves and Karl, believe it or not, they became rivals in love over Jacques.

To me, Karl was like a big brother whom I could play and joke around with, while Yves was more like a god whom I revered. I was later surprised to learn that this same Yves would secretly come look at my shop window. Perhaps he was interested in my creations. I felt that he had recognized my abilities, and I was honestly elated.