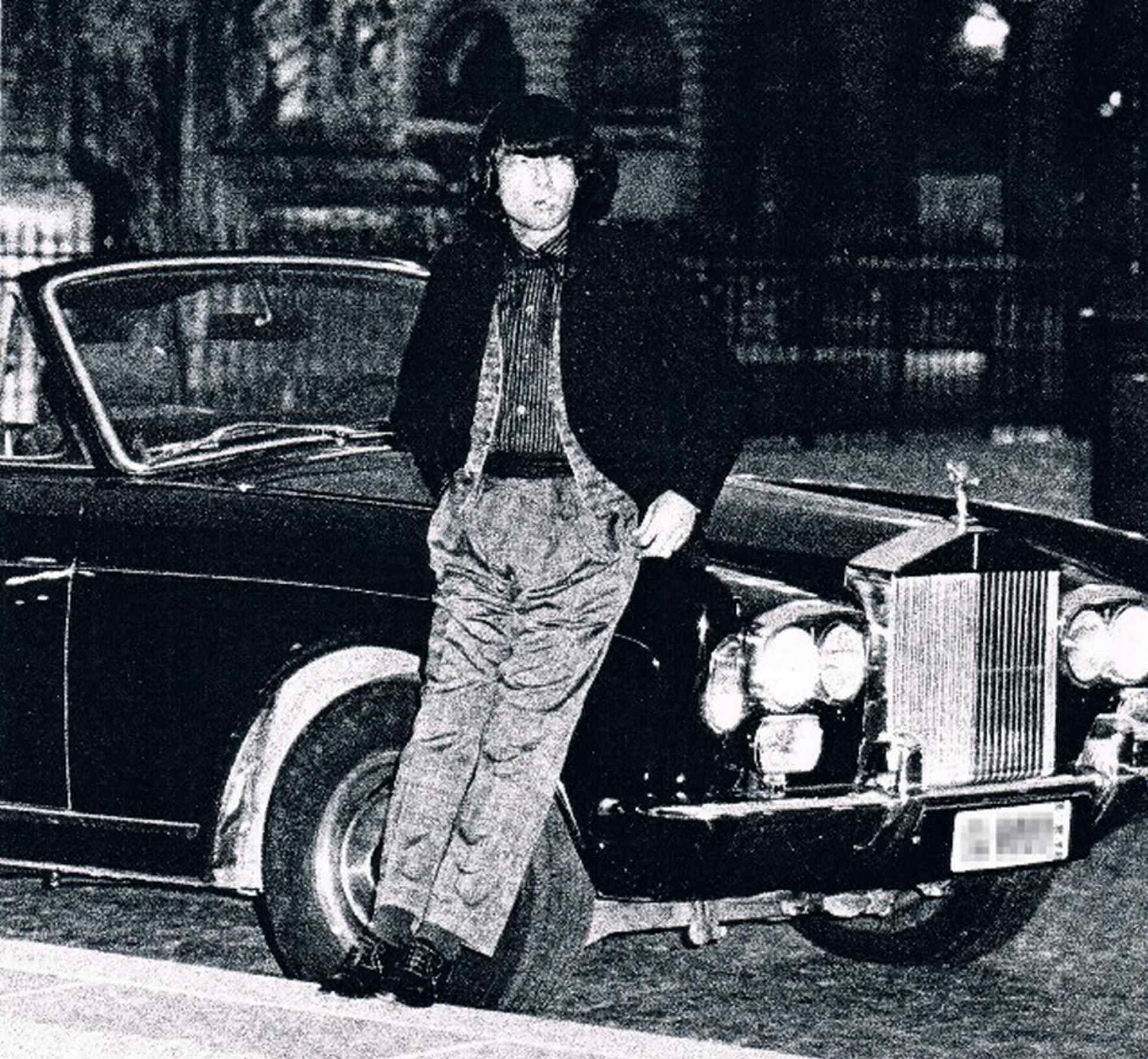 Me with my beloved Rolls Royce
Kenzo Takada

"He seems like the kind of man who can be relied on," I thought.

That was my first impression of Francois Beaufume, my second co-manager. He had a very intense gaze and a stocky build, like a ball of energy.

He was also a "management pro" who knew all the ins and outs of the industry, with experience ranging from Courreges to Italian textile companies. He was discovered by Xavier de Castella, my life partner.

Upon seeing Francois for the first time, my pattern maker and right hand, Atsuko Kondo, murmered, "We should let him take care of things." I was of the same opinion, so we got him to help us with management.

Sales on a staggering scale

Francois joined the company in 1980 and hammered out a reform plan. In 1981, he turned the organization into a joint-stock company. In 1983, we transitioned to a holding company. That same year, we started our men's division and opened a store in New York. In 1984, the company's name was changed to Kenzo. Stores were opened in London and Milan in 1985. We launched a jeans division in 1986, followed by a children's wear division in 1987 and a perfume division in 1988.

We made a lot of money during the 1980s, but I could no longer make only the clothing I liked. My pure dream was gradually changing

These were decisive moves. All at once, he boosted our brand image, diversified operations and took the store network international. This matched the market trends.

"We should begin licensing." When Francois told me this in the mid-1980s, I naturally felt uneasy. Licensing meant collecting fees for the use of the Kenzo brand name.

For example, we would allow another company to put our brand name on everyday items like towels or slippers and in return be able to leave all of the manufacturing to them. This would earn us substantial fees, but at the same time, it meant that products we were not directly involved in producing would make it to market.

For a fashion designer who had always been particular about crafstmanship, this wasn't easy to swallow. But revenues grew further because of licensing. I realized how profitable the brand business could be.

I decided to think of it like this: "If the licensees act properly, there won't be much to worry about. And if our company's management is stable, that's good for our employees, too. The larger our annual sales, the better."

There was a marked contrast between the 1970s and the 1980s. During the 1970s, we didn't have all that much money, but it was also a time when I was constantly excited about work and what kind of items we were going to produce the following season.

On the other hand, we made a lot of money during the 1980s, but I could no longer make only the clothing I liked. My pure dream was gradually changing.

When the company was first founded, an artistic-minded manager like Gilles Raysse was the right choice, and during this era of rapid growth, a professional manager like Francois Beaufume was right.

It was the workings of fate.

There were some final "relics" leftover from that free and easy period of the company's founding. One was the King Kong perfume, released in 1980, and another was the "manga look," which debuted in the fall/winter line of 1979-80. Both were announced with a playful, partylike feeling. Though they caused a stir, as products they didn't sell at all.

A third relic was a black Rolls Royce. It was a surprise birthday present from Gilles when I turned 40. But there was a catch with this, too.

After careful examination, it came to light that none of the payments on it had been made. I ended up having to pay out of my own pocket for my own present. "This, too, is fate," I told myself ...