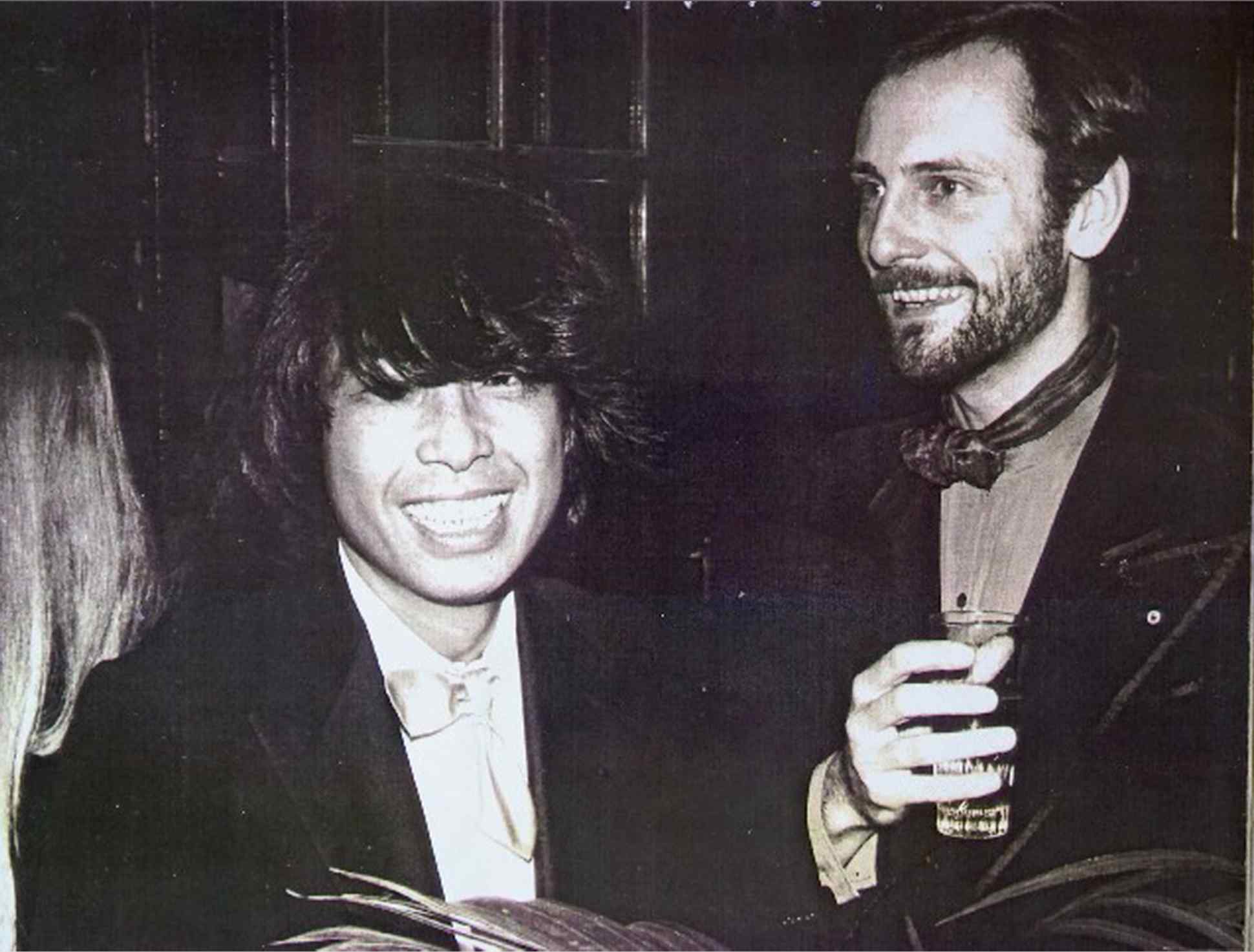 Me with my companion Xavier
Kenzo Takada

There are still distinct social classes in Europe. There are some people who are blessed from birth with vast fortunes and never need to worry about working.

Xavier was such a person. His full name was Xavier de Castella. He was a descendant of a genuine nobleman who received the title of earl from Louis XIV.

I first met Xavier at a dinner party celebrating the birthday of Paloma Picasso, the daughter of Pablo Picasso. Karl Lagerfeld and his partner, Jacques de Bascher, were there, and seated directly in front of me was Xavier.

In appearance, he resembled the actor Clint Eastwood. He had a habit of touching his mustache when he was embarrassed. Though we engaged in idle chitchat at first, I realized right away that he was a man of great culture and refinement.

He had studied architecture and was very familiar with the history and structure of the old castles of Europe. He also had a deep knowledge of Japanese architecture, and explained to me in an easily understandable way about the ideas and styles incorporated into such cultural treasures as the Katsura Imperial Villa and Ryoanji, a Zen temple famous for its "dry landscape" rock garden, both of which are located in Kyoto.

I had a good impression of him.

Standing on the western side of the palace, I turned and caught my breath. It was an indescribable sight

I also felt that he had an aesthetic sense and sensitivity that suited my own. Soon, we were spending holidays with Jacques and his friends in the Caribbean Sea, the Aegean Sea and Bali, and eventually I began receiving business and fashion design advice from him.

It was a completely natural development when we began living together in Paris.

On a personal level, I found Xavier wonderfully stimulating. I was also able to learn much from his broad education. How much that helped me in my job as a fashion designer. He was also the one who introduced me to my second co-manager, and even provided financial assistance when the company ran into trouble.

One particularly unforgettable memory is when we took a gastronomic tour of southern France in my Rolls Royce. Gazing at the blue sea sparking in the summer sunlight, we explored the restaurants that dotted the areas like little hideaways.

Nice, Saint-Tropez, Antibes. The scenery was as beautiful as in the movies. The selection of opera songs playing in the car was also perfect. I gained six kilograms during those two weeks, but we had a rich and fulfilling time.

"Kenzo, there's a sight I really want you to see," Xavier said to me one summer day. He invited me to go with him to the Palace of Versailles.

Wondering what he was talking about, I decided to go with him. Versailles is situated some 20km to the west of Paris. It takes just under 30 minutes to get there by car. The labyrinth-like palace is surrounded by gardens with sprawling flower beds and canals laid out in geometric designs.

We slowly sauntered around the grounds, but Xavier steadfastly refused to tell me where the superb view was. He kept checking the time. The sun began to set in the west, and our surroundings began to be tinged with magical hues. At that instant, Xavier called out to me.

Standing on the western side of the palace, I turned and caught my breath. It was an indescribable sight.

As precisely as if it had been measured with a ruler, the enormous setting sun was shining at one end of a canal running directly west. At the other end, the Hall of Mirrors was reflecting the rays of sunlight, the whole edifice dyed a vivid scarlet as though it would burst into flames at any moment. 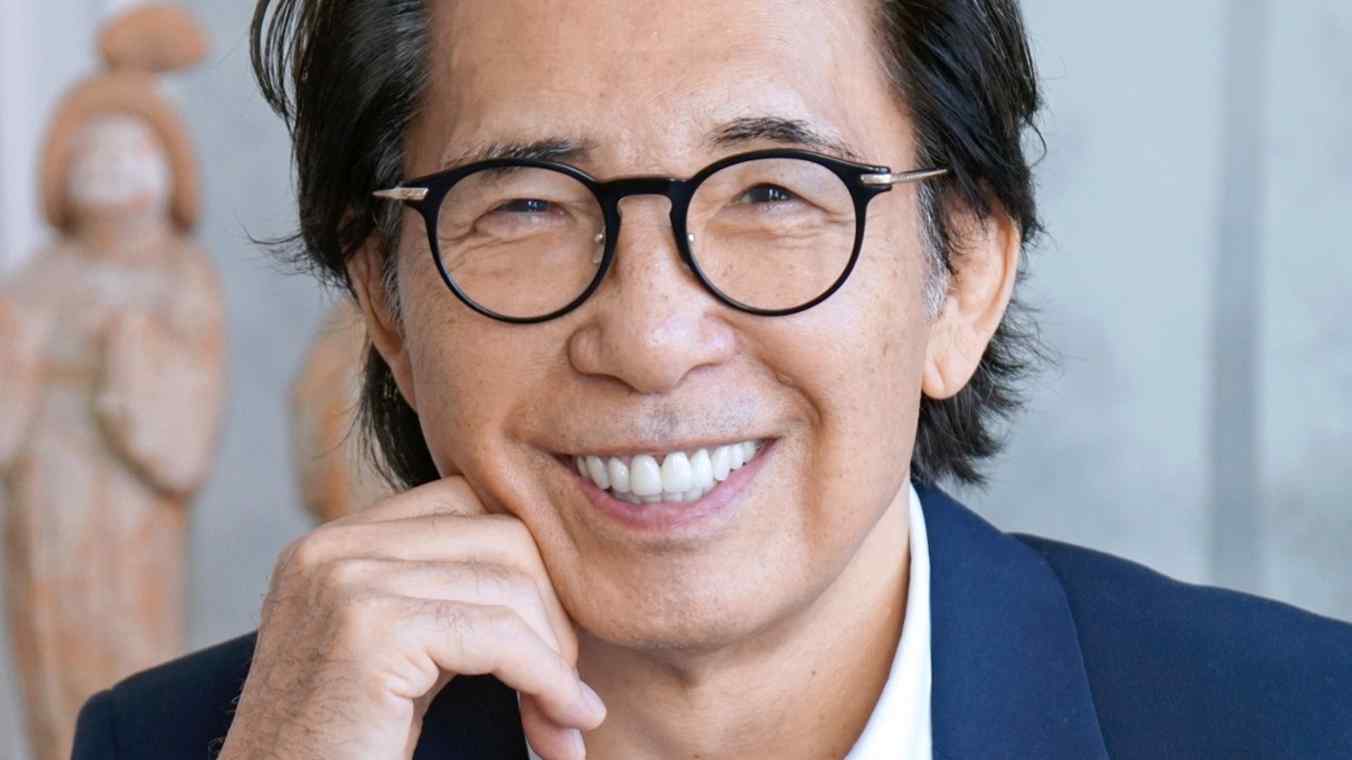 There was not the slightest flaw.

The architect had designed the palace so that at that time, the Grand Canal in the garden and the Hall of Mirrors would be pierced by the rays of sunlight. It was the perfect fusion of nature and science.

Here was contained the spirit of those who had gone before and poured their hearts into their craft. It was a dialogue with the wise men of the past. I could not conceal my wonder and astonishment.

"So, do you get it?" Watching me in my dazed state, Xavier smiled contentedly.