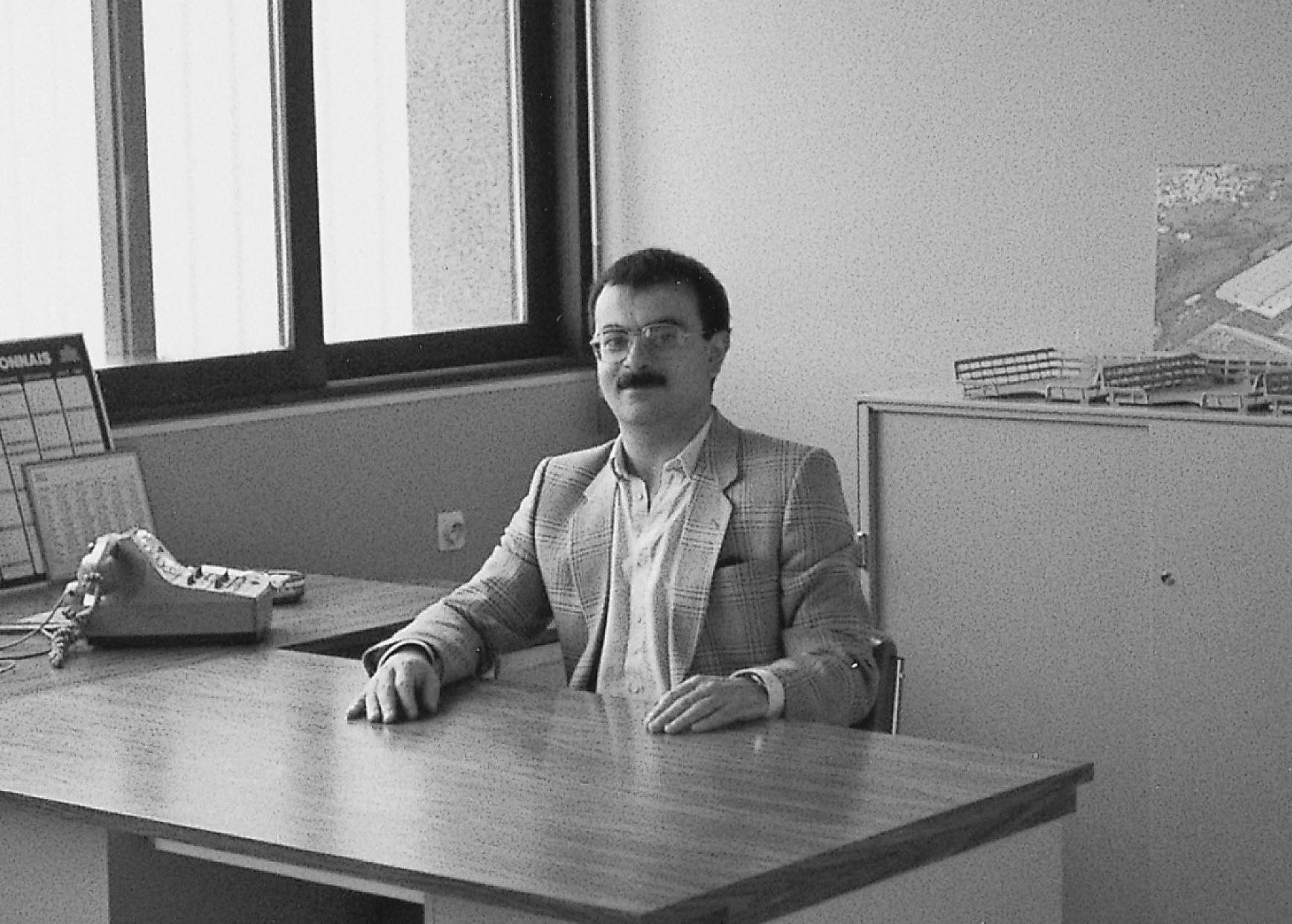 In only his third year with the company, the 26-year-old Ghosn was promoted to manager of the plant in Le Puy.
My Personal History Carlos Ghosn

Carlos Ghosn (5) On a roll with Michelin

One day in May 1978, at around 8:30 in the morning, I woke up to the jarring sound of the phone ringing. When I answered, the man on the other end of the line identified himself as Hidalgo.

"The Michelin Company in France would like to expand its business in Brazil," he said. "They need French engineers who are familiar with the local environment. Would you like to have an interview in Clermont-Ferrand?"

The catalyst for this call was my sister, who had told Hidalgo about me in Brazil. I called my sister right after I hung up. When I told her I was barely interested, she said, "It sounds like a good opportunity. Why wouldn't you take it?"

Clermont-Ferrand is a provincial city located in central France, home to the tire manufacturer Michelin. At the time, I was 24 years old. I had progressed to the second master's level of the grandes ecoles universities, earning a degree at the Ecole des Mines. I was considering entering a doctoral program in economics and hadn't thought much about starting my career.

But the word "Brazil" rang in my ears. I hadn't lived there for 18 years, but it was my birthplace and my spiritual home. My father and many relatives still lived there. The idea that someday I might be able to work at French companies in Brazil was an attractive prospect.

I took the interview. It went well -- the company was clearly interested in hiring me, and it wasn't long before they made me an offer. It wasn't easy to move from Paris to the countryside of Auvergne, but I kept telling myself, "Brazil is waiting." I decided to end the student chapter of my story to embark on a new adventure.

A hundred people entered the company at the same time. We became friendly during the three months that we lived under the same roof, taking seminars at all the major departments of the company and dining and traveling together on weekends. It was a time of personal and professional growth. Surprisingly, even though it was a training period, we often had opportunities to solve pressing company problems. Michelin often gave freshman employees the chance to suggest ideas on important issues, such as how to make production processes more efficient or how to best manage raw latex.

After general training, we moved to plant training. We cut and transported raw rubber. Mostly we were working in three shifts, including one late at night. It proved a great learning opportunity, teaching us not only about the rubber manufacturing process, but also about quality control management and how to put plans into action.

I spent break times playing cards with the veteran workers. Even though I had just come out of the grandes ecoles system, I found I was able to forge strong bonds with the workers at the plant.

After training, we were each assigned a plant. Le Puy, where large tires were manufactured, was my first assignment. I had an interest in improving productivity and toured the site many times every day. The importance of effective communication quickly became apparent to me and was reinforced every day. This wasn't something I had learned in my schooling, but it was one of the biggest lessons from my early career.

I traveled to plants around Europe and soon got my "big break." It was a global era for Michelin. Management was targeting one overseas location after another, and the company turned to a younger generation of executives. I was promoted to manager of the plant in Le Puy in my third year with the company, at the age of 26. This was recognition of my measurable success and rapid integration into the company.

Michelin was a traditional corporation in many ways, but it was also advanced. I was not a French national, but I was allowed to possess such a job title and share such responsibility with other executives at a young age. This openness was due to the personality of the grandson of the founder, Francois Michelin, a man with the highest standards and a deep interest in people.

My main challenge was to build trust and relationships with my older subordinates. I spent a lot of time cultivating teams that could solve problems together. Two years passed, and when the management of the factory was fully on track, someone appeared from the headquarters office. It was Francois Michelin himself, and he had a new opportunity to offer me.