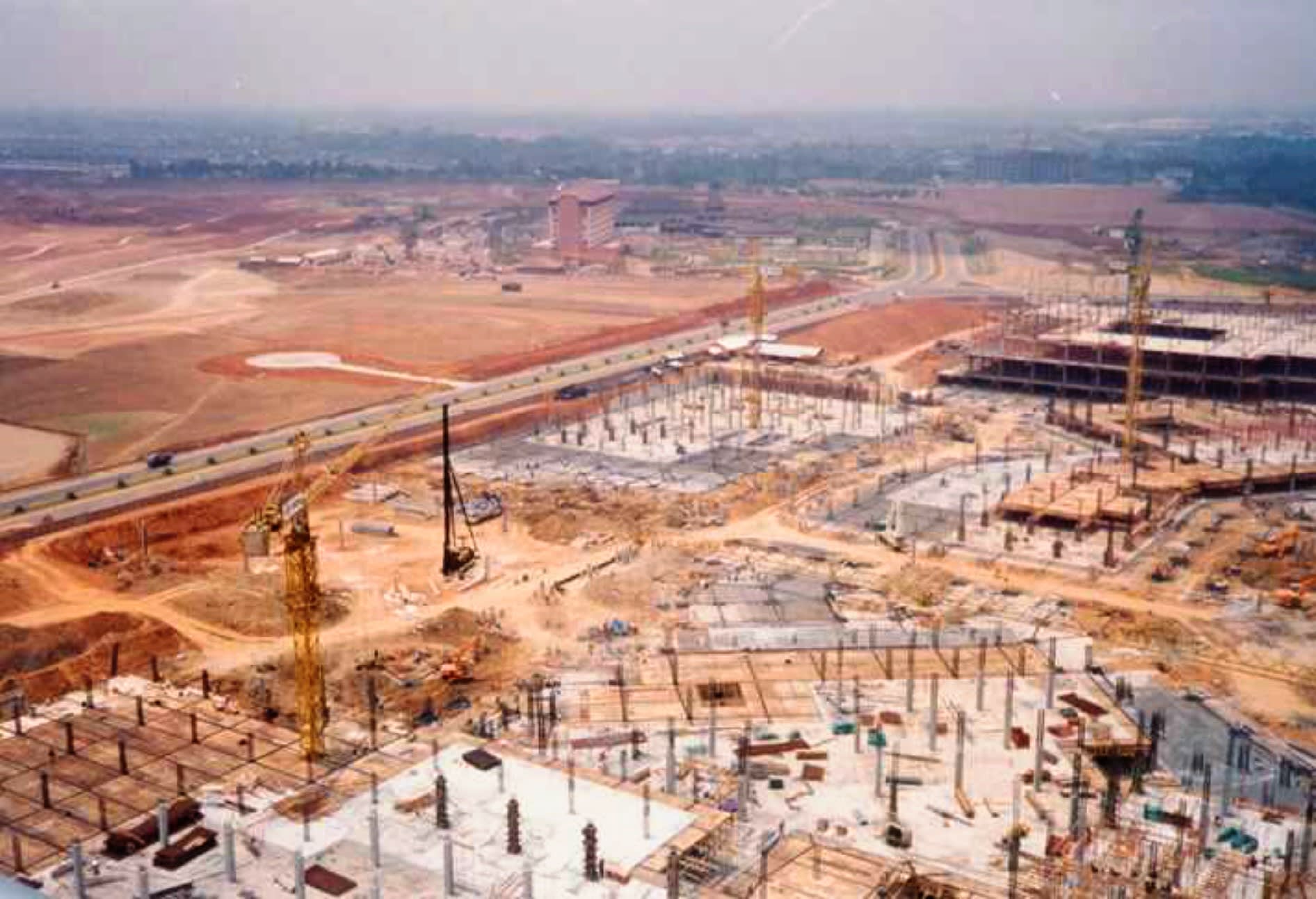 Lippo got into the property development businesses in an unexpected way

I managed Bank Central Asia, the banking unit of Salim Group, for 16 years. The bank grew remarkably over those years, expanding to 600 branches by 1991 from just one originally.

Sudono Salim, the head of the conglomerate, held my management prowess in high esteem. When I told him I wanted to leave Salim Group, he strongly urged me to reconsider. Even President Suharto voiced his opposition to the idea.

Seeing that I was determined to strike out on my own, however, Sudono finally agreed to let me go my own way. I exchanged my shares in BCA for Sudono's shares in Lippo Bank under a deal designed to make Lippo an independent bank.

Around that time, Hashim Ning, the leading shareholder of Lippo Bank, and his heir both died, and I replaced them as chairman of the bank.

Lippo Bank opened a branch in California and grew to a leading banking institution rivaling BCA in Indonesia.

I had no intention of keeping the bank under owner management and recruited an outside expert to serve as its CEO. In addition to acquiring a life insurance subsidiary, the bank also set up joint banking ventures with Japanese and French peers. These steps were aimed at turning the bank into an international financial conglomerate.

I was immersed in the financial business, but an unexpected chain of events forced me to expand into another area.

A surge in interest rates around 1990 caused one of Lippo Bank's corporate borrowers to go under, leaving three tracts of land used as collateral for the loan in Lippo's hands.

These tracts of land, totaling 70 sq. kilometers in area, were located between 25 km and 59 km from central Jakarta. Not only was the location inconvenient, the land itself was a wasteland with no trees.

Since it was clear that there would be no buyer for these plots as they were, I had no choice but to develop them myself.

I visited Taipei, Manila and Kuala Lumpur to study property development projects in those cities. Good transport connections to the city center had allowed the suburbs of these capitals to develop. But the three plots of land that Lippo had acquired were all located too far from the Indonesian capital.

It seemed impossible to craft an effective strategy that would bring the benefits of development in central Jakarta to these areas.

Around that time, I traveled to Shenzhen to see how the city was developing and was inspired to use it as the model to develop Lippo's land.

Although Shenzhen is adjacent to Hong Kong, the city is far away from the central parts of Hong Kong Island. It is also remote from Guangzhou, the capital of Guangdong Province.

Until the Chinese government designated it a special economic zone in 1980, Shenzhen was a fishing village with a population numbering in the tens of thousands.

Factories were built in this sleepy, nondescript village, along with housing for the people who worked at them.

One of the three plots of land in Lippo's possession was in Karawaci, west of Jakarta. There were many plants operated by foreign companies in the area, but few houses suitable for foreigners.

I decided to transform the land in Karawaci into a new housing area. I started building a new town complete with a school, hospital, supermarket and  golf course.

On the eastern wasteland of Cikarang, I decided to build an industrial park. This industrial park was divided into four areas for manufacturers from four Asian economies -- Japan, South Korea, Taiwan and Indonesia. A housing area was also developed for the workers at these factories.

The last plot of land, in the hilly Karawang area, was the biggest development challenge. It was too far from central Jakarta even for an industrial park, so I turned the land into a sprawling cemetery.

These projects transformed three tracts of wasteland into valuable assets.

The land development business is about more than buying and selling land like a real estate agent. At the heart of this business lies the question of how best to develop land to raise its value.

Land is to a property developer what raw material is to a manufacturer. The value of the material is determined by what the manufacturer makes with it. That value is what you sell.