Hundreds converge on Indonesian embassy, calling for their vote to be respected 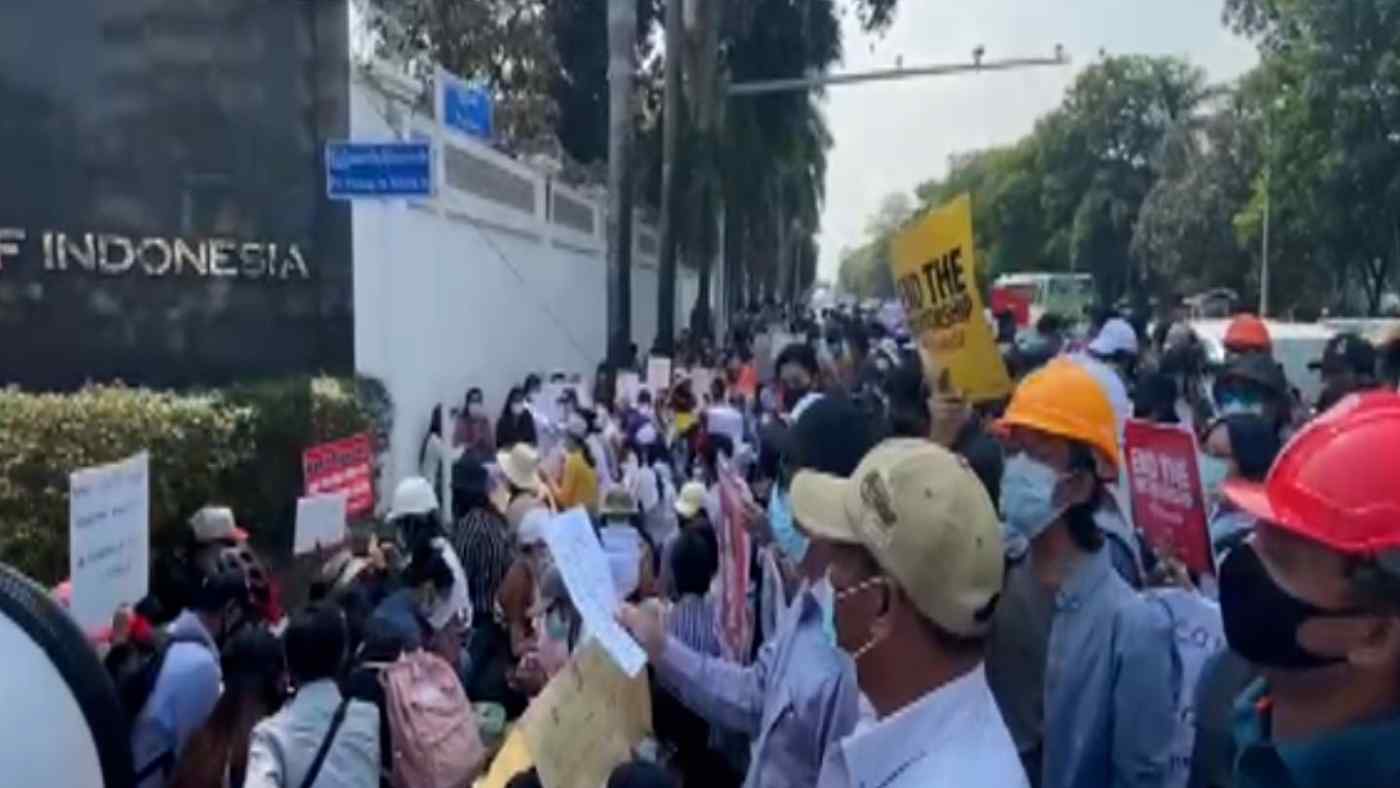 JAKARTA -- Indonesia's foreign ministry on Tuesday denied a report it is devising a plan to hold Myanmar's military junta to its promise of holding new elections.

The rebuttal comes as hundreds of people gathered outside the Indonesian embassy in Yangon, the economic capital of Myanmar. Angered by a Reuters report on Monday detailing the plan, the protesters held up placards saying they do not want another election, and that their votes cast in November should be respected.

The Reuters report, based on sources familiar with the matter, said Indonesia was pushing its Southeast Asian neighbor to "agree on an action plan over Myanmar's coup" that would uphold the junta's pledge to hold new elections, but stipulated that monitors should be present to ensure they are fair and inclusive.

Lei Wah, a 29-year-old office worker protesting outside the embassy in Yangon, told Nikkei Asia she was there because of the report.

"The election is already over and the public, including me, accepted the result," she said.

Pyae Sone Aung, 23, a student at Myanmar Maritime University, said: "We just came here to protest against holding a [new] election... We just want them to confirm and accept our previous election result and respect our votes, that's why we come here to protest." 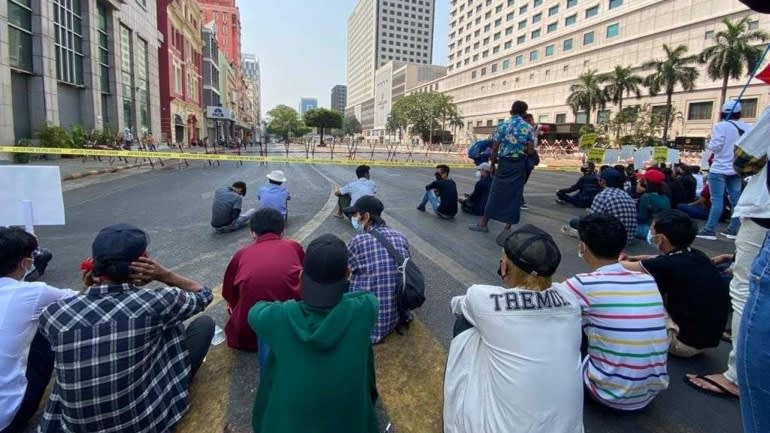 Demonstrators outside the Indonesian embassy in Yangon on Tuesday.

Teuku Faizasyah, Indonesia's foreign minister spokesperson, denied the existence of a plan of action on Myanmar. To support a new election process in Myanmar "is not Indonesia's position at all," Faizasyah said in an online news conference.

Indonesian President Joko Widodo and Malaysian Prime Minister Muhyiddin Yassin said in a summit earlier this month they have directed their foreign ministers to propose a special ASEAN meeting on the issue. Indonesian foreign minister Retno Marsudi and her Singaporean counterpart Vivian Balakrishnan last week called for an informal ministerial meeting "as soon as possible."

Faizasyah said that the foreign minister is "conducting consultation with her other [ASEAN] colleagues" with a view to developing "policy options that will further be discussed during the ASEAN foreign ministers special meeting."

"What we are doing is very much collecting ideas, consulting positions, understanding [among] the ASEAN foreign ministers, the subjects for further discussion when we do have the [meeting]," he said.

Faizasyah said Indonesia's position of "calling for the use of principles contained in the ASEAN charter" remained the same. He also said disputes over the November elections "can be solved by the available legal mechanisms," but stopped short of saying whether the region's largest country supported the outcome of the poll.

"I don't want to prejudge... the final decision among the ASEAN ministers," he said. "This is the consultation process. It's an ongoing discussion and subject to the gathering of all ideas and proposals coming out of the ASEAN ministers."

While Indonesia is the world's third-largest democracy, ASEAN includes countries with varying political systems, including communist one-party states Vietnam and Laos. Thailand was ruled by a military junta from 2014 to 2019.

"We express our concerns, but we never condemn our member states because we are part of a family," said one senior ASEAN diplomat on the Myanmar situation.

"The important thing for us in the case of Myanmar is to call for them to abide by their commitment for democracy. Democracy wasn't imposed on them, but 10 years ago, they committed to democracy themselves. What ASEAN can do is to ensure that the process of democracy continues in Myanmar," the diplomat added.