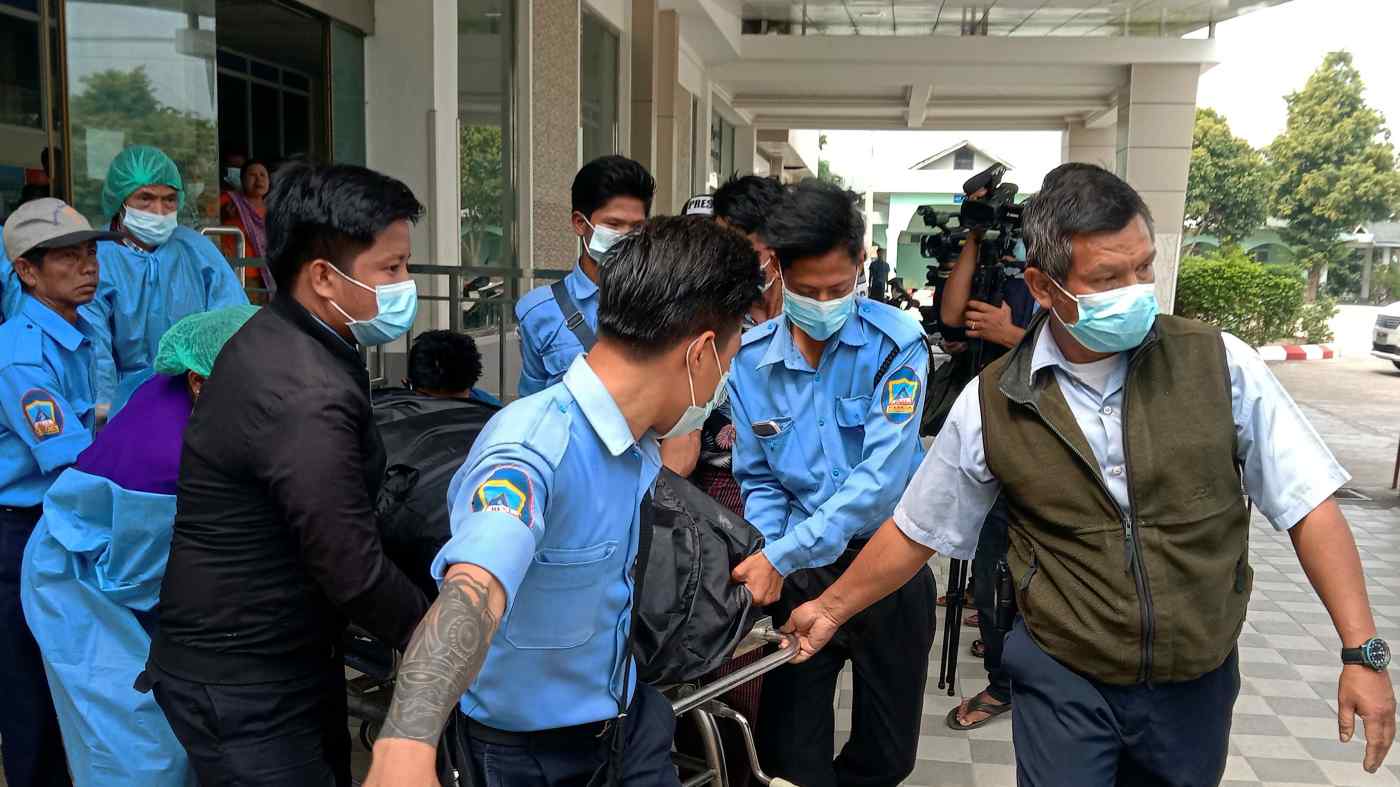 Medical workers carry the body of Mya Thwate Thwate Khaing, who was shot in the head last week as police tried to disperse a crowd; she died in a hospital in Naypyitaw, Myanmar, on February 19.   © Reuters
Nikkei staff writerFebruary 19, 2021 19:36 JST | Myanmar
CopyCopied

BANGKOK -- Mya Thwate Thwate Khaing, a 20-year-old college student who took a bullet shot by police to the head, died on Friday, local media reported, citing medical staff and her family. She is the first victim among the hundreds of thousands who have taken to the streets to protest the coup that took place on Feb. 1.

The woman was in critical condition after the shooting, which took place on Feb. 9 in the capital Naypyitaw.

On Friday, the woman's sister told several reporters that "her condition deteriorated around 11 a.m., and she died. The funeral will be held on Sunday."

The bullet, which penetrated her helmet and injured her head, was fired by police dispersing a crowd. Local media reported that the female protester underwent emergency surgery.

An official of the medical team that treated her said, "It was most likely a live bullet." She was put on life support and later diagnosed as brain-dead.

Her death is likely to incite further protests, especially on Sunday, when the funeral is to take place.

"I am very sad," said a 36-year-old interior designer participating in protests in Yangon. "We will fight for democracy."