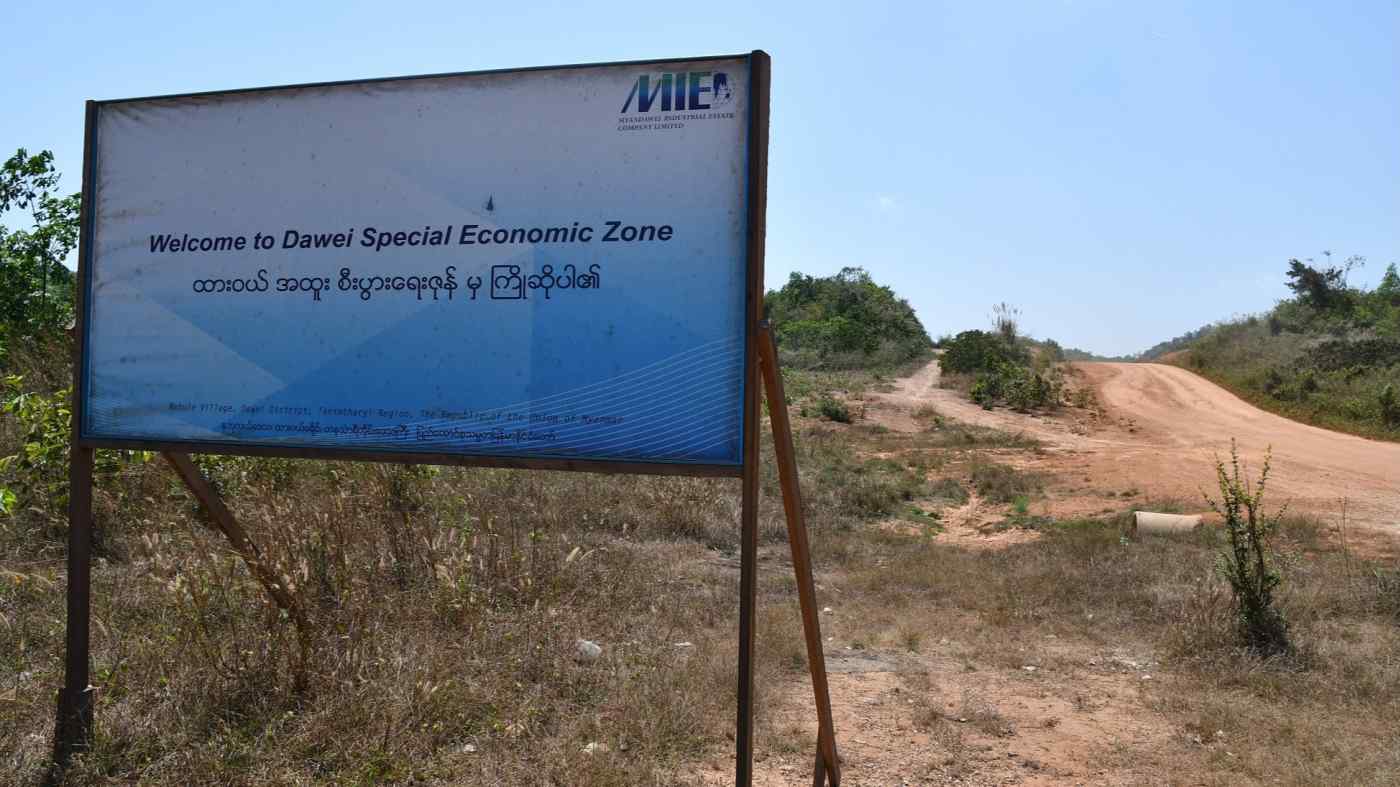 BANGKOK -- While the coup in Myanmar has muzzled democracy in a country that once again finds itself under junta rule, the political unrest has also forced major infrastructure projects to go silent, threatening to derail plans for badly needed developments and upgrades.

One such project that faces uncertainty is the Dawei Special Economic Zone, which lies in Myanmar's southern strip bordering Thailand and will house an industrial park as well as a port. An expressway connecting the 200 sq. kilometer complex to the outside is also in the works.

The rights to develop the project, a joint initiative between the governments of Myanmar and Thailand, was initially granted to Italian-Thai Development, a construction group headquartered in Bangkok. But Myanmar officials notified the group in mid-January that they terminated the contract, citing persistent delays in progress.

Thailand and Myanmar planned to discuss the next step forward through a joint committee. Then Myanmar's military executed the coup on Feb. 1, which prompted a change of heart from Thailand's side.

"The investment project in Dawei will have to be halted for now, and talks will resume once there is a new government in Myanmar," Supattanapong Punmeechaow, Thailand's deputy prime minister overseeing the Dawei project, said last month in the days following the coup.

Myanmar's military has justified the government takeover with accusations of widespread fraud in the country's Nov. 8 general election, which was overwhelming won by the National League for Democracy, the party of democracy icon Aung San Suu Kyi. The junta declared a yearlong state of emergency and pledged to hold another election within six months after the order is lifted, but the military reserves the option of extending the state of emergency for another year. A train in Yangon. Much of Myanmar's infrastructure is outdated.

That means progress on the Dawei project could be delayed for as long as two and a half years by the time a new elected government comes to power. The delay could have implications for the Japanese government, which has agreed to cooperate on the project.

"Because of the political change, the line of communication for negotiating with Myanmar is unclear," said a source from the Japanese side.

An industrial park and "smart city" planned in Yangon, the country's largest city and commercial capital, is also in doubt after Thai property developer Amata said it had suspended investment. Ground broke on the $1 billion project in December, but the coup has upended the outlook on lot transfers to businesses.

Meanwhile, Japan is considering halting new official development aid to Myanmar for the foreseeable future. Tokyo had extended foreign aid to the former administration led by Suu Kyi, who is currently being detained by the junta. Fresh assistance would suggest that Japan officially recognizes the military government.

The cutoff of new aid could affect the planned construction of Hanthawaddy Airport, which will serve Yangon, as it may be grouped as one of the new foreign aid projects. Japan will not cease aid for ongoing projects and humanitarian support.

Japan spent 189.3 billion yen ($1.77 billion) on official development assistance to Myanmar in fiscal 2019. Apart from China, which does not disclose its assistance, Japan was estimated to be the top giver that year.

Japanese funds have been steered toward a railway project connecting Yangon and Mandalay, Myanmar's two biggest cities. Senior officials in Japan's Ministry of Foreign Affairs fear that isolating Myanmar could drive the country to become further dependent on China.

Beijing's response to the coup has come into sharp focus. Myanmar, which shares a border with China in the north, is very important to Beijing geopolitically. China has put into operation two Sino-Myanmar pipelines that deliver petroleum and natural gas from the Indian Ocean termini. 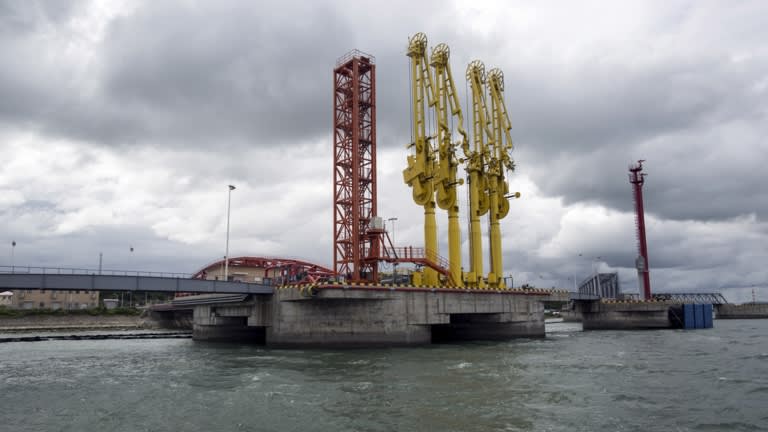 A jetty for oil tankers in Kyaukpyu, Myanmar. A pipeline from this coastal town facing the Bay of Bengal allows tankers to offload China-bound oil without passing through the Strait of Malacca.   © Reuters

The pipelines allow China-bound tankers from the Middle East and Africa to avoid the Strait of Malacca, where the U.S. military maintains a strong presence. There are plans to develop a road and a rail link connecting Southern China and Kyaukpyu, a coastal town in Myanmar that serves as the endpoint for the pipeline network.

Kyaukpyu is designated as a special economic zone. Chinese enterprises holding development rights look to build a deep-water port, an industrial park and housing. The whole project is estimated to be completed in 20 to 30 years.

Although China was initially perceived as a shadow figure behind Myanmar's coup, most people in diplomatic circles now believe that Beijing was caught off guard. China had built friendly ties with both Myanmar's military and Suu Kyi's administration.

Beijing would prefer not to see a destabilized Myanmar that draws fire from the West. Continued support to Myanmar would put China in an awkward position since it would appear it is backing the junta.

"We were not informed in advance of the political change in Myanmar," Chen Hai, the Chinese ambassador to Myanmar, said in an interview last month.

Infrastructure development had been a crucial part of Suu Kyi's stated economic reform. Sanctions levied since the 1960s has caused Myanmar's infrastructure to become outdated. Much of the country's electrical grid relies on hydropower. Consequently, factory operation becomes unreliable during dry seasons.

Only about a fifth of Myanmar's roads are estimated to be paved. Those conditions have impeded transport of raw materials and goods.