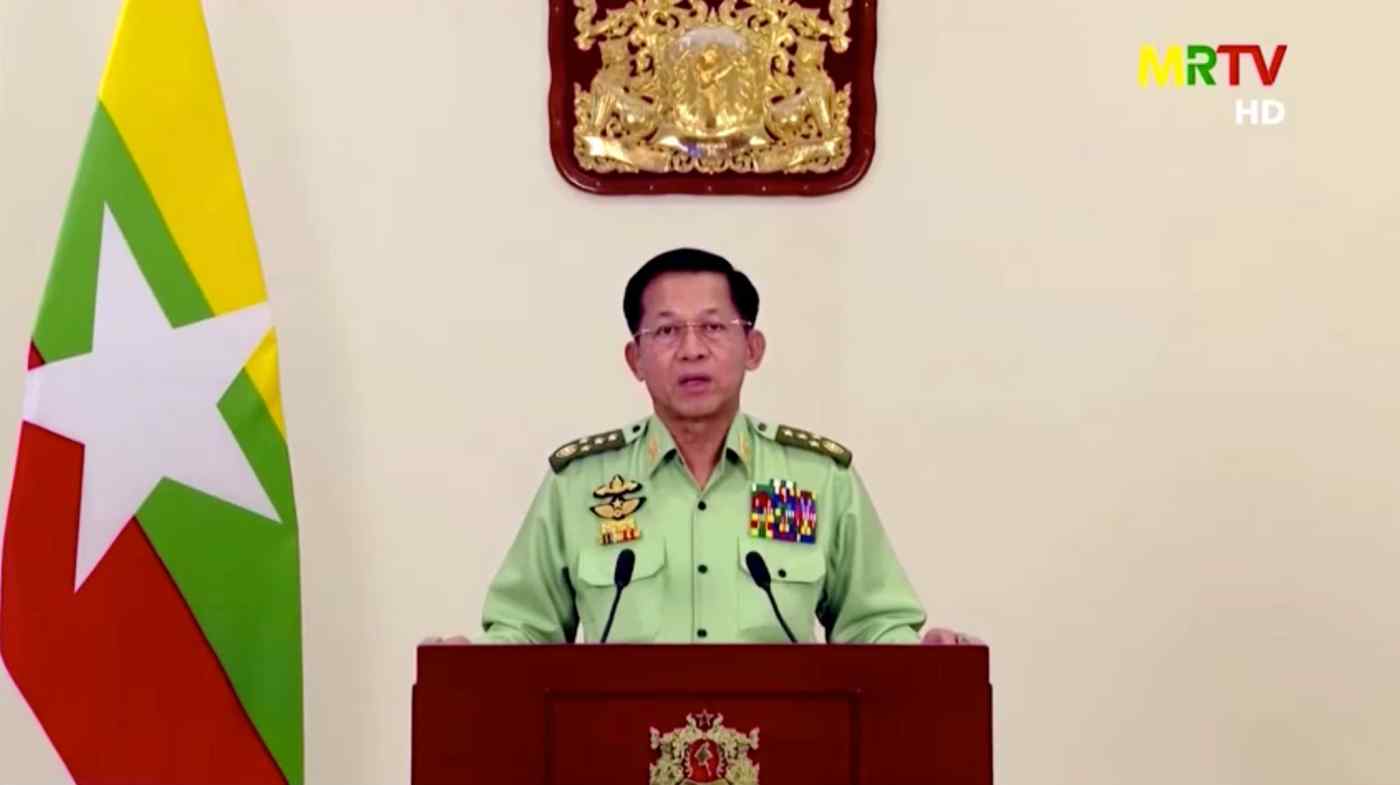 YANGON -- The leader of Myanmar's ruling junta on Monday addressed the nation for the first time since last week's coup, saying the body now in power is "different" from past military governments.

Senior Gen. Min Aung Hlaing said the new State Administrative Council established last Tuesday includes civilians and members of ethnic minorities, urging "the public to focus on the facts and not be carried away by emotions" as protestors took to the streets nationwide.

With the world watching for signs of what lies ahead for an emerging economy widely seen as one of Asia's most promising, the general assured that the economic policies of the previous government would be maintained and Myanmar will remain open to foreign capital.

"There will be no change in the foreign policy, government policy and economic policy of the country during the periods we are temporarily taking state responsibility," the general said. "We shall carry the same path as before."

The general vowed to defend Myanmar's constitution and hand over power "after the state of emergency provisions have been carried out to hold a free and fair multiparty democracy general election."

After weeks of decrying fraud in last November's general election, the military last Monday ousted the elected government of de facto leader Aung San Suu Kyi, arresting her and other political figures. In its place, the junta established a State Administrative Council of handpicked members.

The council has a staff of eight military personnel and eight civilians. The military originally held a majority of the seats, but additional appointments equalized the numbers.

Min Aung Hlaing repeated twice that Myanmar will "maintain friendly relations with all nations," and said there will be no change in diplomatic policy. His conciliatory tone comes as Western nations weigh the possibility of new sanctions against the Myanmar military.

The general justified the removal of the previous government, saying the move was "inevitable" after inaction and excuses on accusations of widespread voting fraud in last November's election. The vote produced a landslide victory for Suu Kyi's National League for Democracy party. A newly appointed election commission has been appointed to investigate cases of voter fraud. The general said the commission is tasked with producing reforms.

On Monday, tens of thousands of demonstrators gathered in front of city hall in downtown Yangon. The military warned that day that it will take "legal measures" against activities that threaten national stability and that endanger public safety and the rule of law.

A curfew was imposed on parts of Yangon as well as on Mandalay and other locations, according to local media. Gatherings of more than five people have been prohibited.

"We will continue receiving the displaced persons in Bangladesh in accord with the bilateral agreement," the general said. "Resettlement work for the internally displaced persons from IDP camps will also be implemented immediately."