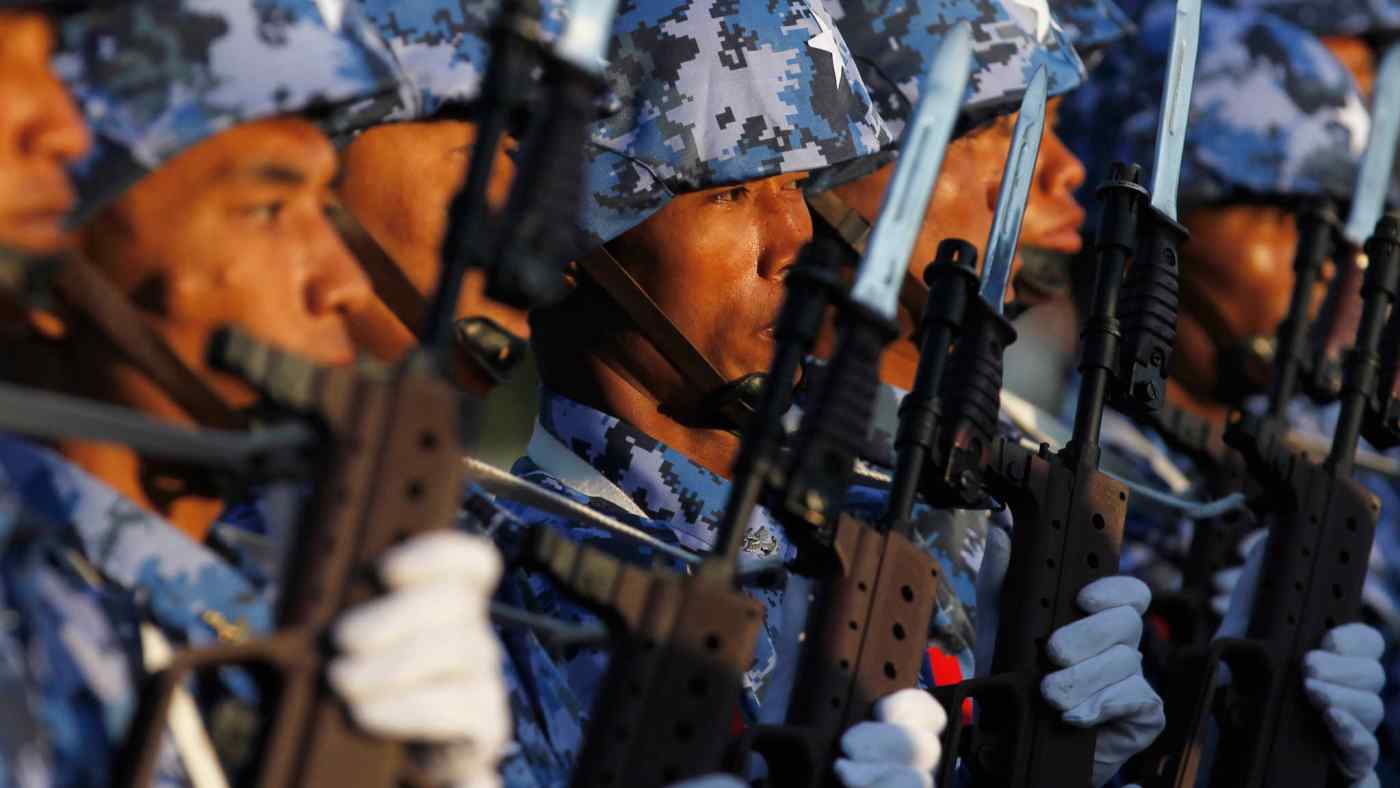 YANGON/SINGAPORE/TOKYO -- As the U.S. chooses targets for sanctions in response to last week's coup in Myanmar, military-linked conglomerates with interests in industries from finance to farming are likely to be in the Biden administration's crosshairs.

President Joe Biden's new executive order authorizes sanctions against "the military and its leaders, their business interests, and their close family members," according to a letter to Congress published by the White House on Thursday. Biden said the previous day that the targets of the first round of measures would be selected within the week, adding that Washington is "ready to impose additional measures."

A Myanmar military spokesman said little in response to Washington's move, which marks the Biden administration's first volley of actions in response to the Feb. 1 coup that ousted the elected government of de facto leader Aung San Suu Kyi.

"They are doing their job," Brig. Gen. Zaw Min Tun said Thursday morning when contacted by Nikkei. "They have already announced earlier to do so and now they did it."

By adding targeted companies and individuals to the Treasury Department's Specially Designated Nationals list, Washington can freeze U.S. assets held by these entities and bar them from doing business with Americans. Senior Gen. Min Aung Hlaing, who seized power in the coup, was put on the list in 2019 due to his involvement in the crackdown on Myanmar's Rohingya minority.

"It's likely that companies with ties to the military will be added to the SDN list," said Yusuke Yukawa, partner at the Yangon office of Japanese law firm Nishimura & Asahi.

A port on the Hlaing river in Yangon: Myanmar's military-linked companies have investments in a wide range of businesses.   © Reuters

Two such companies are Myanmar Economic Holdings, whose shareholders include current and former members of the military, and military-controlled Myanmar Economic Corp. Both conglomerates have interests across a broad range of industries, including agriculture, mining, real estate, gem extraction, banking and insurance, ports, and telecommunications.

Where the profits from these businesses go is unclear. But the U.N. Human Rights Council said in a 2019 report on the Rohingya crisis that revenue from these companies "provides financial support" for "international human rights and humanitarian law violations" by the military.

Since the coup, foreign multinationals have been severing ties with military-linked Myanmar companies.

Japanese brewer Kirin Holdings said last week it would seek to terminate its joint-venture partnership with Myanmar Economic Holdings, also known as MEHL. The company plans to sell its entire interest in the beer ventures to MEHL and seek a new investment target without military connections.

Lim Kaling, co-founder of Singapore gaming hardware developer Razer, said on Tuesday that he would unload his stake in a joint venture that owns tobacco company RMH Singapore. RMH controls 49% of Myanmar-based Virginia Tobacco, which is co-owned by MEHL.

The U.S. imposed wide-ranging sanctions on businesses and individuals with close ties to Myanmar's military during its long years of junta rule. These were fully lifted by October 2016 -- while Biden was vice president -- after the country's democracy icon Suu Kyi's National League for Democracy rose to power that March following a general election. Suu Kyi and other NLD members have been arrested as part of the coup.

"Right now, it's unlikely that we'll see the sort of comprehensive sanctions that were in place before 2016," said Yukawa at Nishimura & Asahi.

Following the full-on economic isolation strategy of the past would risk driving Myanmar closer to China, and there is concern about the effect such measures would have on the lives of the general public.

But sanctions limited to military-linked companies alone have less bite, making cooperation with partners such as Japan and European nations all the more important.