Companies fear boycotts if they give employee withholdings to the junta 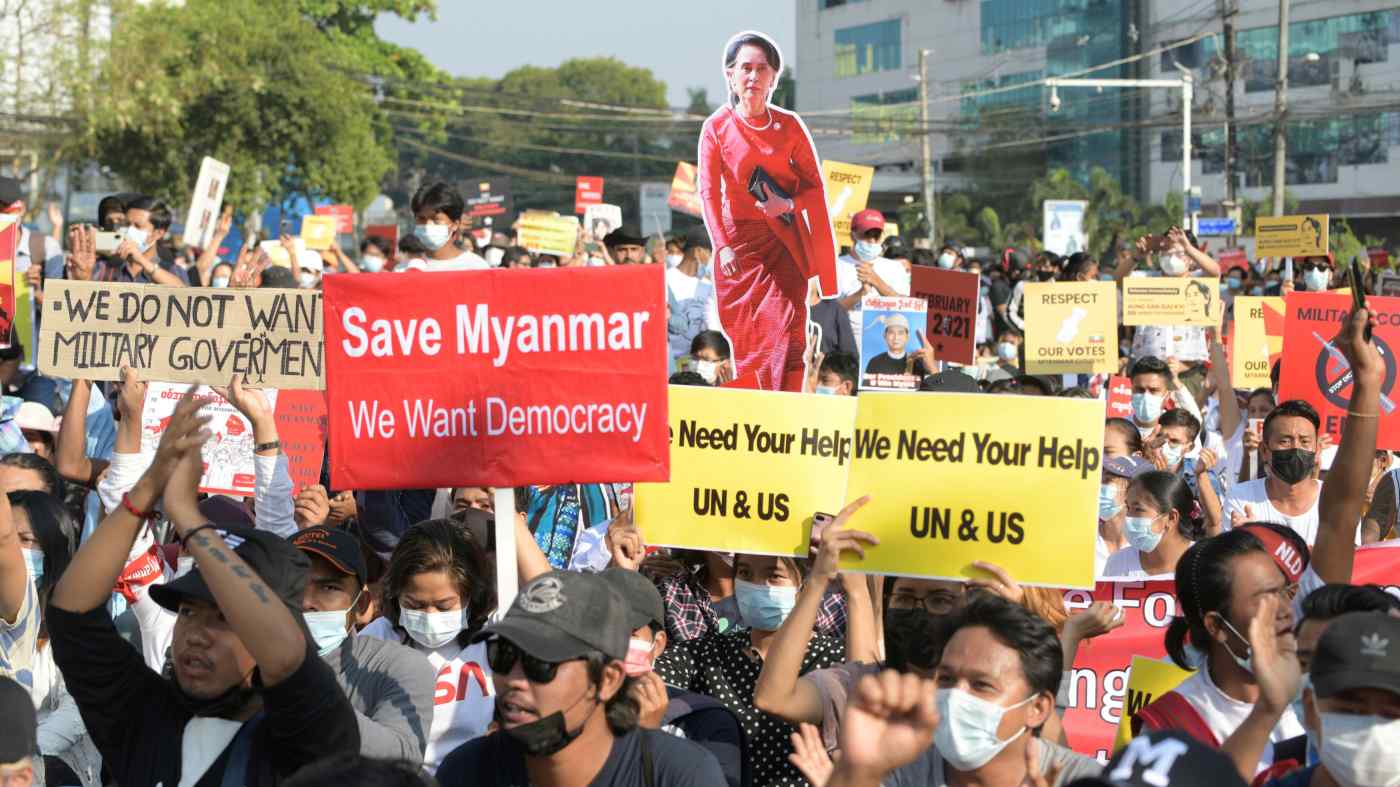 The coup and resultant demonstrations in Myanmar have foreign companies operating in the country on an edge.   © Reuters
SHUICHIRO SESE, Nikkei staff writerApril 7, 2021 16:48 JST | Myanmar
CopyCopied

TOKYO -- Japanese companies operating in Myanmar, where a junta is violently putting down protests, find themselves in a dilemma: Do they respect local tax laws or public sentiment?

If they follow tax laws -- and some of their Myanmar employees are asking them not to -- the companies expose themselves to a public backlash, perhaps in the form of boycotts, as their abidance will be seen as financing the junta that staged a coup on Feb 1.

One attorney said these companies are in a difficult situation that calls on them to "respect both the sentiment of the local public and opinions of the international community while also complying with the law."

Fumiaki Kai of TMI Associates Services, the Yangon office of Tokyo law firm TMI Associates, says the firm's clients are in a jam.

"Employees say, 'Don't withhold taxes from my salary,'" Kai recalled one client tell him. "What can we do?"

Kai has received many similar requests from Japanese companies operating in Myanmar.

By law, employers must deduct income taxes from employee salaries and hand them over to the national taxation authority. The coup has suddenly turned this standard practice into a flashpoint that can trigger labor-management friction. Riot police stand guard as demonstrators gather during a protest against the military coup in Yangon on March 6.   © Getty Images

The situation was triggered by a move by the Committee Representing Pyidaungsu Hluttaw, which supports democratic leader Aung San Suu Kyi, who is being detained by the military. On March 3, the CRPH announced it had "established a law to postpone payment of taxes until the end of September" and asked the taxation authority to stop collecting taxes.

This prompted citizens who support the CRPH to vent anger at employers that have not heeded the call and continue to turn tax money over to the junta. These companies are being labeled as "supporters of the military."

"The military effectively controls [the government]," Kai said, "and tax laws remain effectively unchanged. So [companies'] tax obligations can be regarded as not having changed. But the reality is this is not a situation where you'd be all right if you pay taxes in compliance with the law."

Myanmar citizens widely use Facebook and other social media platforms. Companies that do not stop paying taxes "run the risk of facing fierce criticism, which could lead to boycotts of their products," Kai said.

Tax collectors' work has slowed due to the coup, and citizens are closely watching businesses for any sign they are favoring the military. An expert said the best that companies can do is ask tax officials to put off deadlines, negotiate the matter and hold on to their employees' withholdings themselves.

If they can refrain from passing on this money to the government, they can cap employee frustration, the expert said. Emotions run strong at the funeral of Khant Nyar Hein in Yangon on March 16. The first-year medical student was shot when security forces cracked down on protesters.   © Getty Images

In Myanmar, civil servants and company employees now often leave their workplaces to join calls for civil disobedience. Many companies are treating these absences as paid leave. However, if employees rack up more absences than they have vacation days, or if they take part in a political strike, their companies can take punitive action.

"Under Myanmar labor laws," Kai said, "it's easy [for companies] to fire [workers], as long as they pay compensation."

Still, in the current situation, companies would be treading on dangerous ground if they were to take punitive action or go so far as to fire employees, citing their legal right to do so. Firing employees who take part in protests against the military could even lead to boycotts.

"Making a judgment based solely on compliance with the law," said attorney Yusuke Yukawa, the Yangon office representative of Tokyo's Nishimura ＆ Asahi law firm, "could lead to making the wrong choice. It's important to act flexibly by taking into account the code of conduct of your company and the need to protect human rights."

Companies also risk being subjected to sanctions by the U.S. and other countries if they are regarded as supporting the Myanmar military.

Japan's Kirin Holdings, which partnered with a military-linked brewery in Myanmar, has been criticized by the United Nations and human rights groups for potentially funding the military. 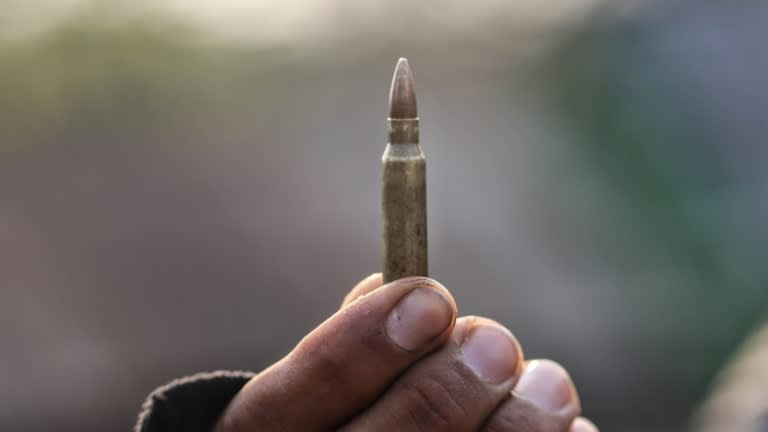 A protester holds a bullet in Hlaing Thayar Township, Yangon, on March 15. Protesters' determination has foreign companies trying to keep an arm's length away from the junta.   © Getty Images

The lingering issue has led citizens to boycott Kirin products, and the company in February was forced to begin negotiations to cancel the joint venture.

The U.S. government has added individuals and companies with close ties to the Myanmar military to its specially designated nationals list, which freezes assets located in the U.S. and bans U.S. individuals and companies from dealing with them. More companies are expected to be added to the list, but there is uncertainty regarding the scope of any expansion. Will Washington go so far as to include secondary and tertiary subcontractors?

"I think the key point is whether the company's money is going to be received by military-affiliated individuals or entities," Yukawa said. Companies need to review their existing dealings and consider reforming their supply chains, he added.

According to the Japan Chamber of Commerce and Industry in Myanmar, 427 Japanese companies are operating in the country. That's up from about 50 in 2011, when Myanmar shifted from total military rule to quasi-democracy. The ranks increased sharply as the country's economy charged ahead and cheap labor beckoned.

But the coup and resulting strife have dealt a severe blow to these companies, whose executives are having to do some soul searching regarding their values and ethics.