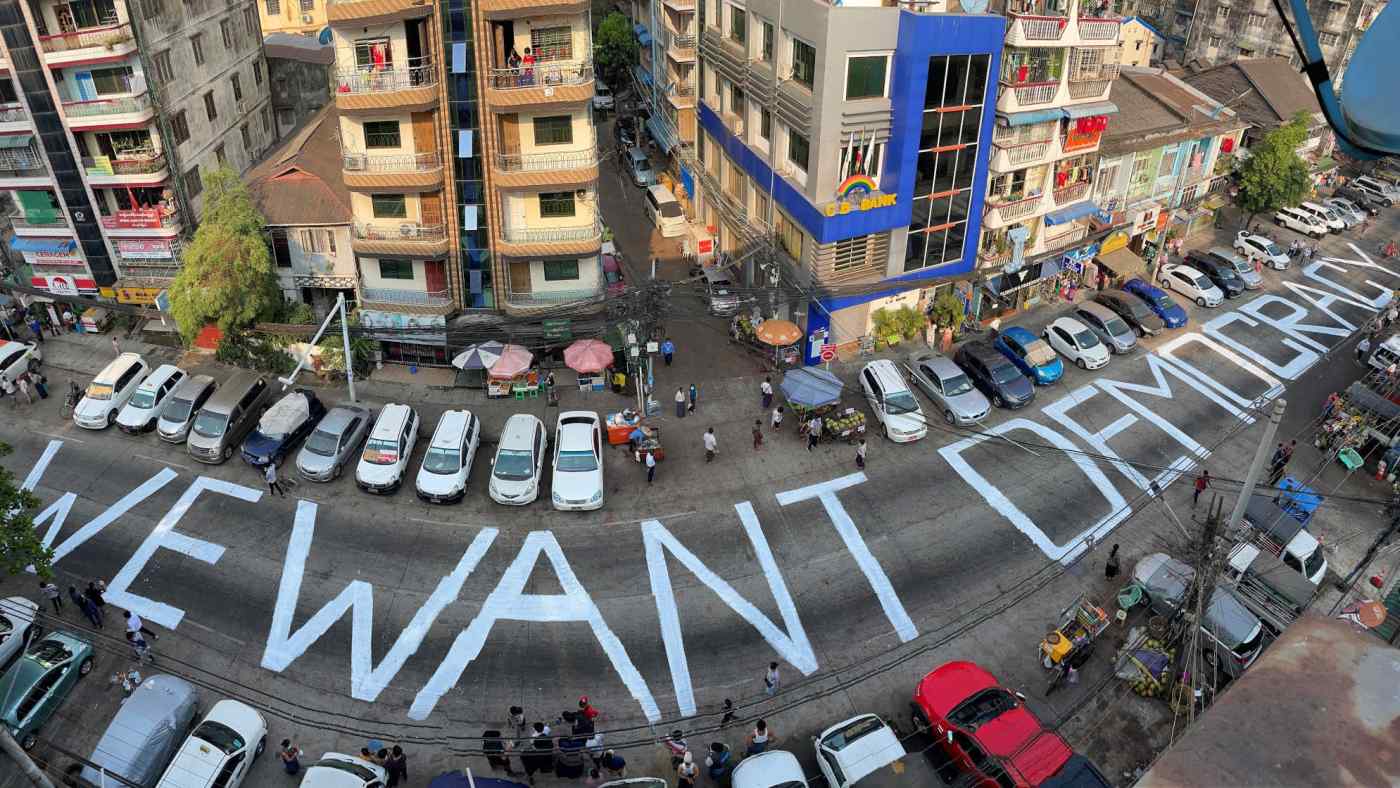 BANGKOK -- Fears of more deadly encounters between protesters and security forces hang over Myanmar as large-scale demonstrations against the military's power grab have been called for Monday.

Calls have gone out on social networks for rallies, with weekend violence only appearing to add to public outrage. The nation's biggest local retailer, City Mart Holding, will close supermarkets for business Monday in what appears to be preparation for unrest.

Meanwhile, international pressure on the coup leaders looks likely to rise. In a Saturday statement, British Foreign Secretary Dominic Raab described the shooting of protesters as placing Myanmar's military "further beyond the pale" and threatened "further measures, with our international partners, to hold to account those responsible for crushing democracy and choking dissent."

On Monday, foreign ministers of European Union members will hold a conference at which they are expected to discuss the situation.

Asset freezes, which the U.K. has used against Myanmar military leaders, may be on the agenda for discussion, as could proposals for sanctions on companies linked to the Southeast Asian nation's armed forces. 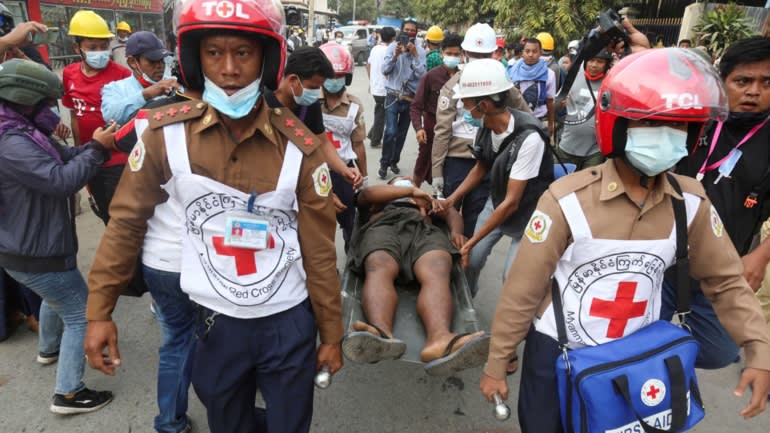 A neighborhood watch member in Yangon died Saturday, along with two protesters in Mandalay to the north, after reportedly being shot by police. Bystanders told the Yangon man's wife that police had arrived on the scene in a vehicle and opened fire, as the wife described it to local media.

Protests continued in both cities Sunday, with demonstrators holding a candlelight vigil outside the United Nations in Yangon, Myanmar's most populous city. Sunday also saw the funeral in the capital, Naypyitaw, for 20-year-old Mya Thwate Thwate Khaing, who became the coup's first known death Friday after having reportedly been shot by police Feb. 9. The authorities deny involvement.

The woman's sister, who took part in the same protest where Mya Thwate Thwate Khaing was shot, told Nikkei by phone that the international community must do more than simply watch the events in Myanmar unfold.

"We want all people to join this resistance movement," the sister said. A funeral procession for Mya Thwate Thwate Khaing, a 20-year-old woman who became the first death among Myanmar anti-coup demonstrators, rolls through Naypyitaw on Feb. 21.   © Reuters

Myanmar's garment exports to the U.S. and Europe have grown rapidly in recent years, thanks to preferential tariff treatment offered by Western nations in the 2010s following the transition to a civilian government. This trade has contributed to the blossoming of the local economy.

EU leaders appear wary of rolling back the preferential treatment at this point, given how it could harm ordinary Myanmar people's livelihoods. While EU foreign ministers may discuss sanctions proposals Monday, they are unlikely to act immediately. Another concern is that pressing the junta too hard would drive Myanmar closer to China.

For now, few observers expect new Western sanctions on Myanmar to have a serious effect. But if the death toll rises, EU members will likely face greater calls to review preferential tariff treatment.