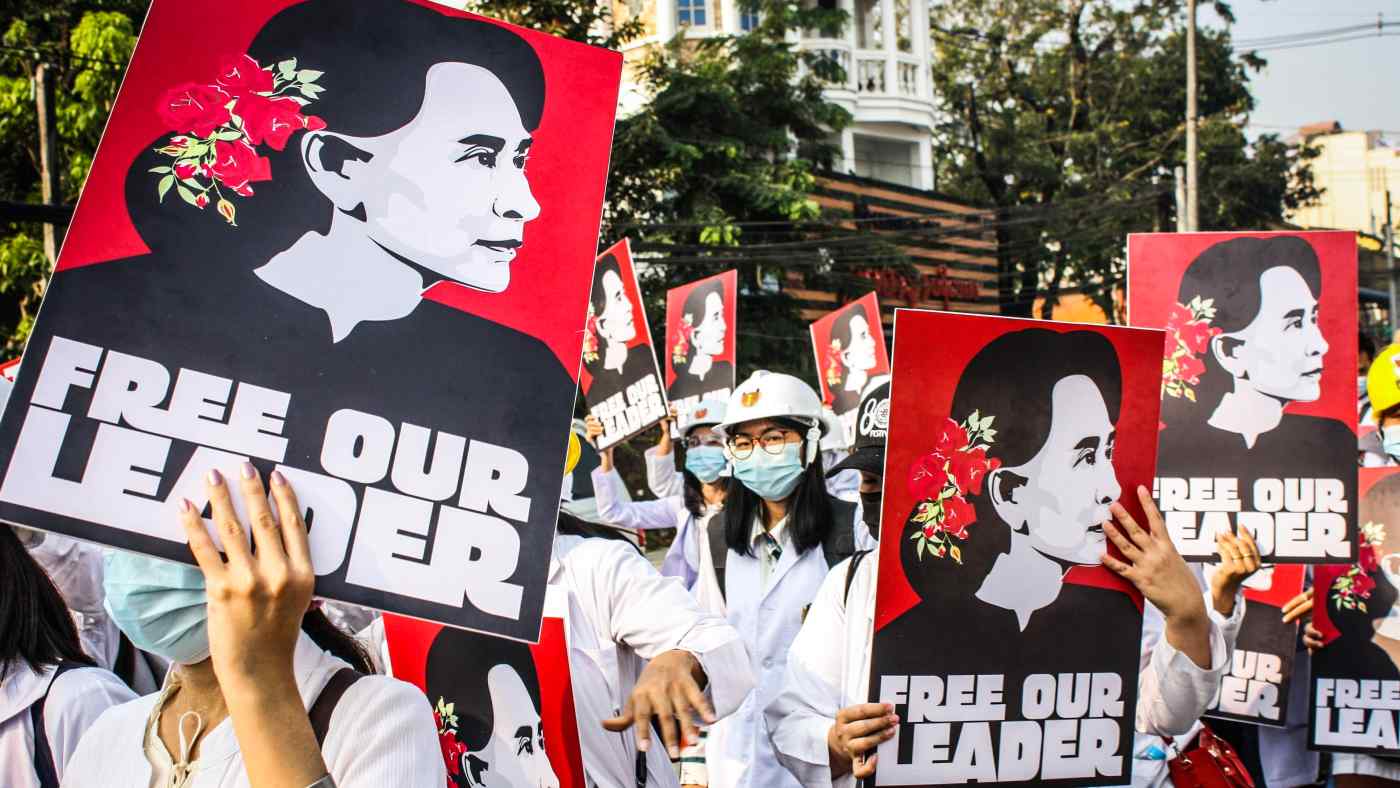 BANGKOK -- Myanmar's ousted leader Aung San Suu Kyi attended a court session on Monday, a day after police fired on protesters and killed at least 18 people in the worst violence since the military coup.

One month after the takeover on Feb. 1, the hearing at a district-level court took place Monday in Naypyitaw, according to her lawyer.

Furthermore, on Monday, the court filed two additional charges against her, a lawyer acting for her said. Suu Kyi appeared in good health at the court hearing held via video conferencing, according to the lawyer.

Min Min Soe, the attorney, told Reuters that Suu Kyi had asked to see her legal team during the hearing via video link. One of the additional charges was from the country's colonial-era penal code, which prohibits publishing information that may "cause fear or alarm." Another one was added under a telecommunications law, which stipulates equipment needs a license.

Min Min Soe said the next hearing would be March 15. Accounts of the proceedings were not made public but the trial is all but certain to be a lengthy process that keeps her in detention. If Suu Kyi is found guilty, her prison sentence could overlap with an election promised by the junta. If so, she would not be permitted to run for a legislative seat.

Meanwhile, Zaw Min Tun, spokesperson for the Myanmar military, told Nikkei that the junta's State Administration Council decided Feb. 19 to eliminate the office of state counselor, held by Suu Kyi for nearly five years before the Feb. 1 coup. Though Suu Kyi was not the official head of state, her ruling National League for Democracy party had maintained that as state counselor she stood above the president.

The NLD won the 2015 general election in a landslide, sealing a historic transition to a civilian government. But the military-crafted constitution barred Suu Kyi from becoming president because her children are foreign citizens. The NLD sidestepped that prohibition with a law establishing the office of state counselor.

The junta has begun preparations for the vote. Myanmar's election commission, with a new staff after the coup, met with party leaders in Naypyitaw on Friday. The gathering included representatives from over 50 parties, including the military-linked Union Solidarity and Development Party.

Conspicuously absent, however, was the NLD, which captured 80% of the elected parliamentary seats in November's election. The military alleged widespread irregularities with voter lists as justification for the coup.

Citizens who supported the NLD have taken to the streets in protest. Demonstrations continued apace Sunday across Myanmar, but the riot police forcibly removed protesters in multiple locations, with at least 18 people killed.