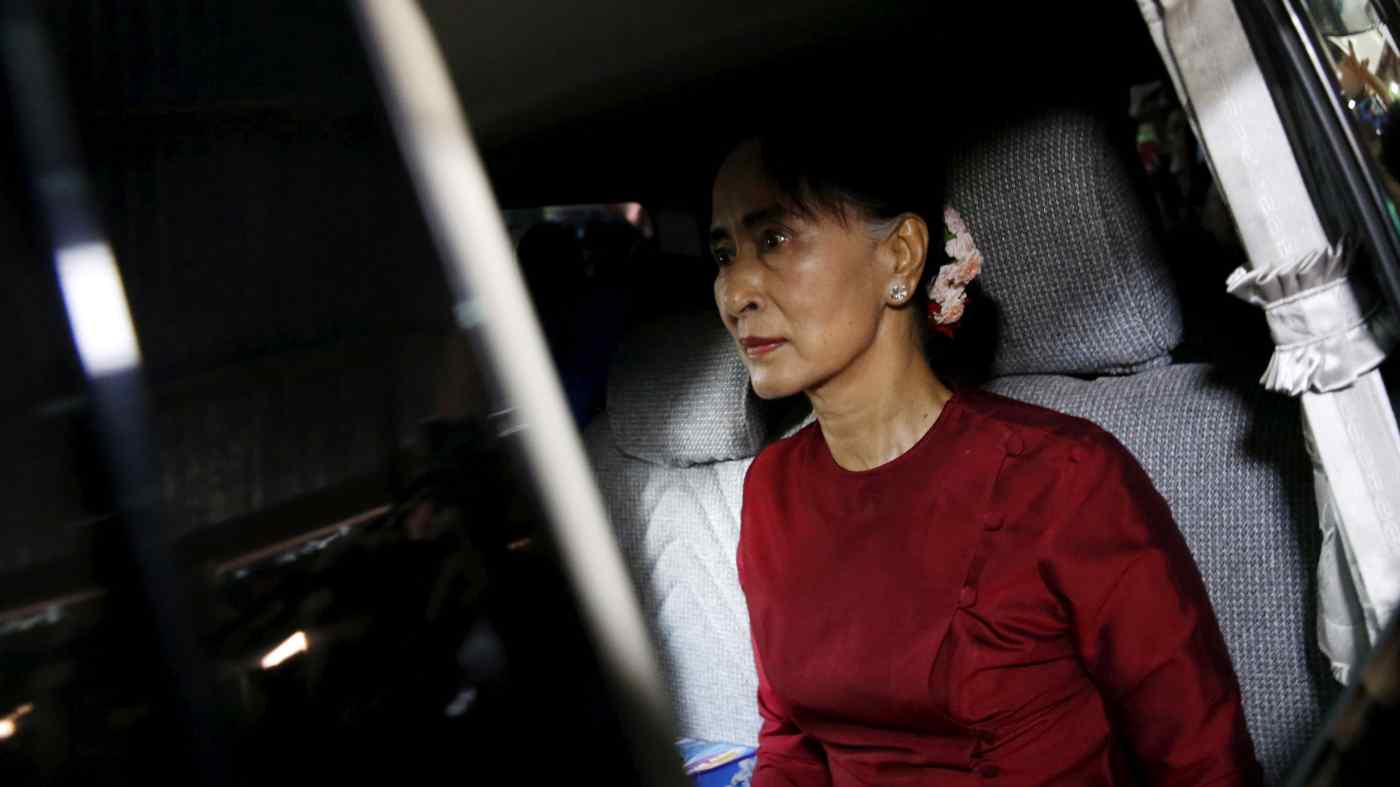 YANGON -- Myanmar's State Counselor Aung San Suu Kyi is under house arrest in the capital Naypyitaw, Nikkei has learned, after the military seized control in a coup on Monday.

A member of the lower house from the National League for Democracy told Nikkei on the phone that Suu Kyi was "detained by the military and then moved to her home," adding that President Win Myint is also under house arrest.

The source represents a district in central Myanmar and was staying at government quarters in Naypyitaw with other lawmakers ahead of the convening of parliament on Monday for the first day.

After the military seized control, government quarters were surrounded by soldiers and lawmakers were not allowed to leave. Members of other political parties are also in the same situation, the lawmaker said.

The military does not accept the results of the November election, which was won in a landslide by NLD. The military has alleged fraud in the election.