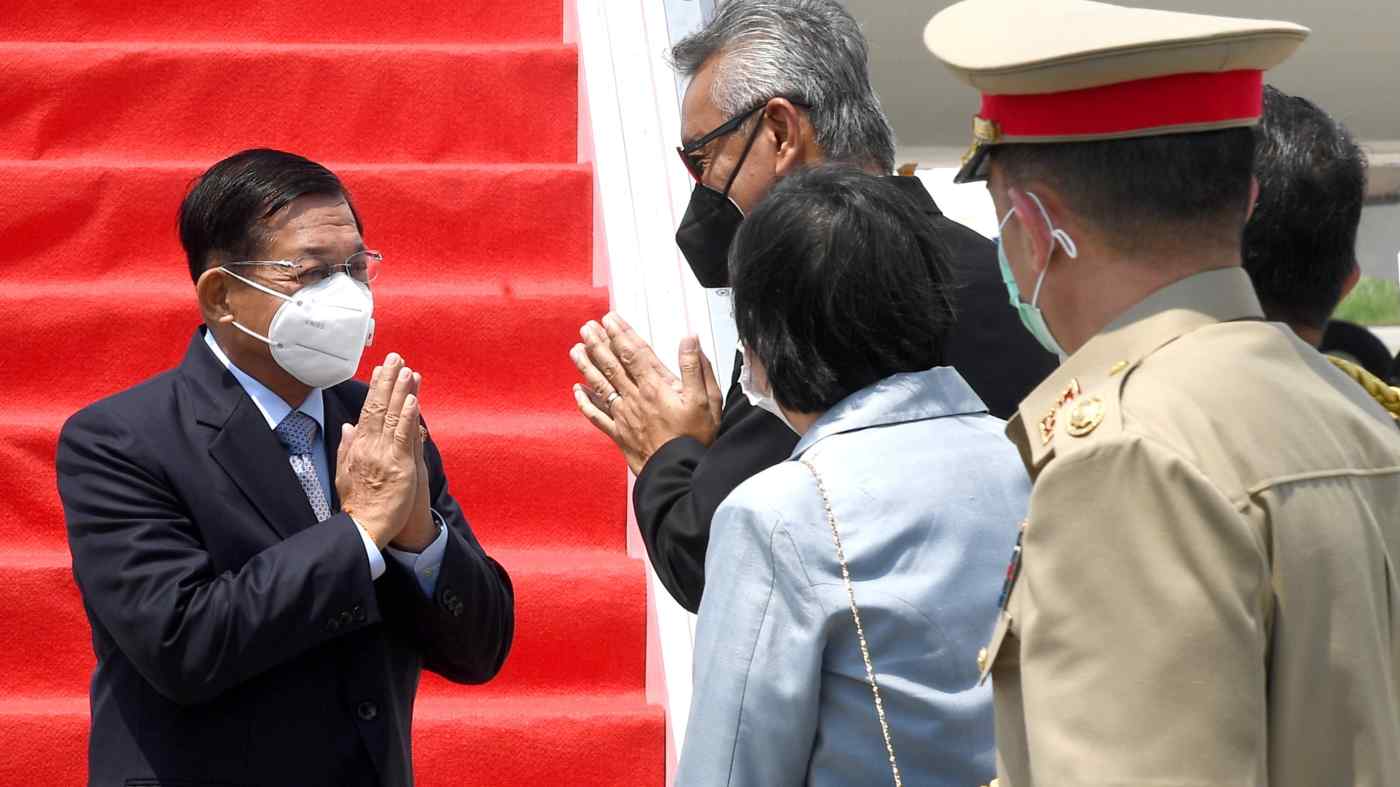 YANGON/BANGKOK -- The landmark meeting in Jakarta on April 24 between leaders of the Association of Southeast Asian Nations and Myanmar's junta chief, Gen. Min Aung Hlaing, has been portrayed as everything from a qualified success to a dismal failure.

According to ASEAN insiders, the meeting was a success in that it happened at all in an organization which prides itself on the principle of noninterference in each other's affairs. Some analysts say it was neither a triumph nor a defeat, but something in between. To the defiant coup leader, participation in the meeting was a vindication of his Feb. 1 power grab, as portrayed by the triumphant front page headline in the state media that proclaimed: "Myanmar keeps close cooperation with ASEAN member countries in accord with the ASEAN Charter: Senior General."