Armed rebels in rural Myanmar keep up campaign against military 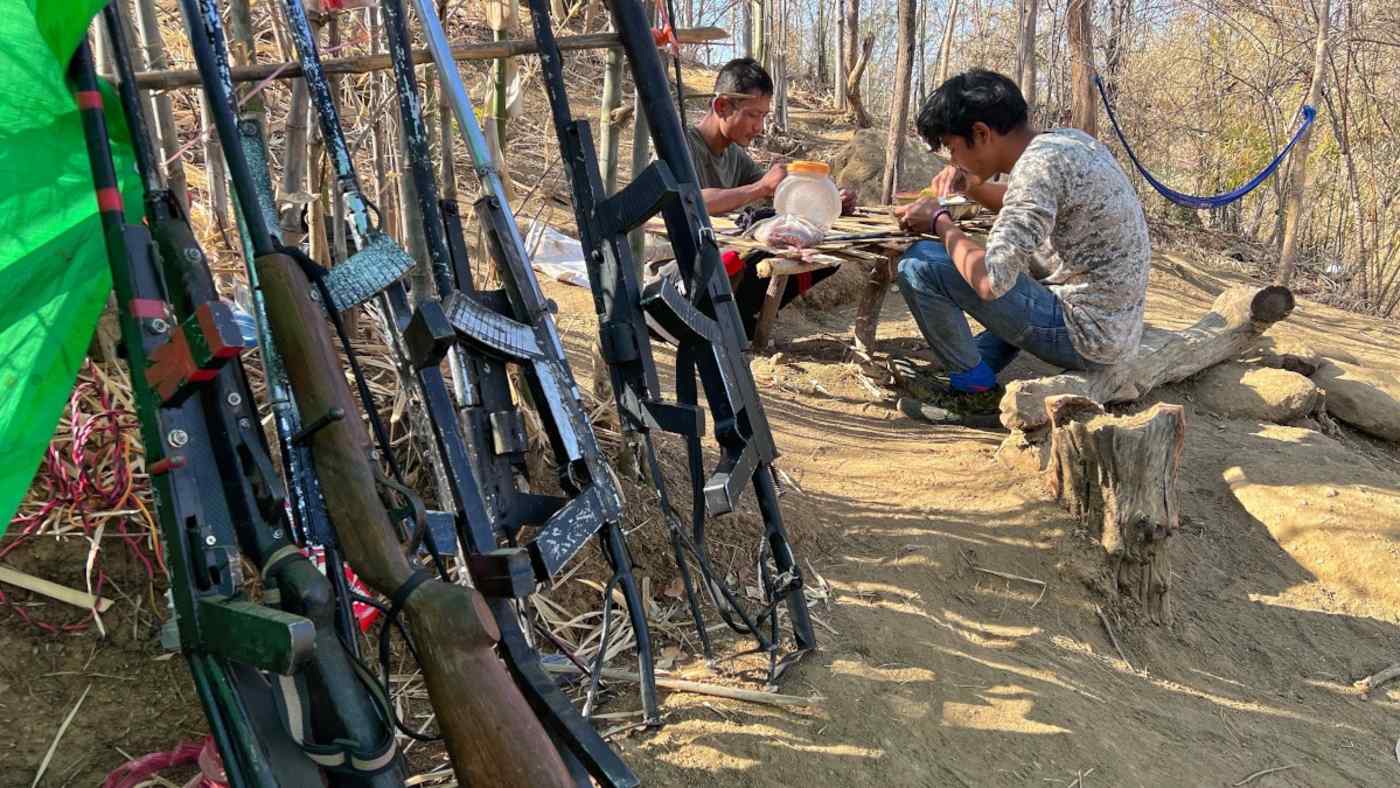 BANGKOK -- Overt pro-democracy activism has largely been quashed in Myanmar's cities, but out in rural stretches in the center of the country, insurgent groups wage guerrilla warfare from villages that elude the military's reach.

On one day in late February, members of a local unit of the opposition-linked People's Defense Force sat building guns at a "base" in the hills of central Myanmar's Magway Region. They can buy foreign-made automatic rifles through armed ethnic groups or other channels, but "they're expensive, so we're making our own," one member said. The group also uses scrap material to produce homemade mortars.