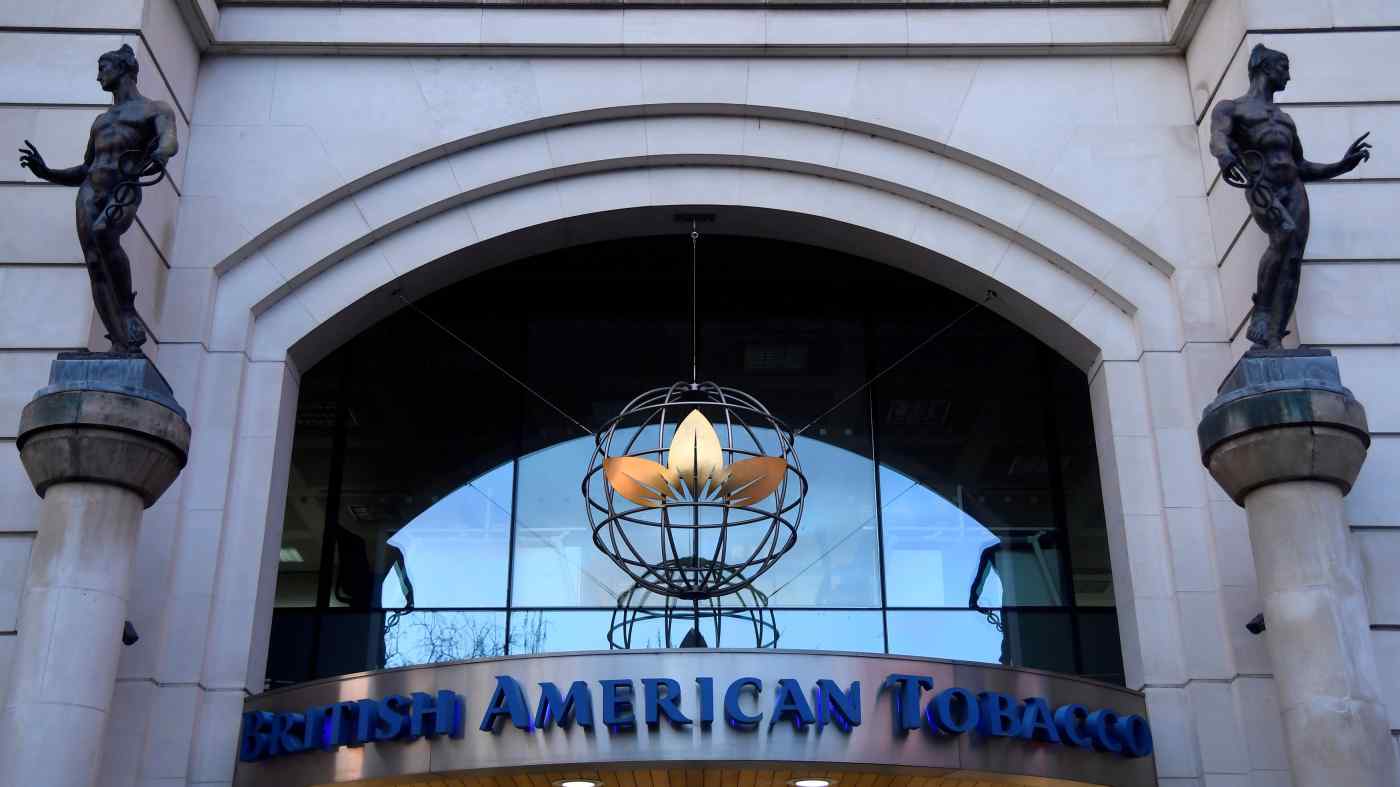 The London offices of British American Tobacco. The company had started operating in Myanmar in 2013.   © Reuters
October 13, 2021 18:24 JST | Myanmar
CopyCopied

British American Tobacco will cease all operations in military-ruled Myanmar and withdraw by the end of this year, the company said on Tuesday, the latest Western firm to pull out of the country in turmoil since a February coup.

Responding to a query from Reuters about the status of its operations in the Southeast Asian country, the company said the decision was taken having assessed the long-term viability of its Myanmar business.

"Like any global company, we continuously evaluate our operations around the world," the company said.

"Having evaluated the long-term operational and commercial viability of our business in Myanmar, we have taken the decision to withdraw from the country and cease all operations."

Myanmar has been in chaos since the coup, ending a decade of tentative democracy and economic reform that followed the end of a half century of military rule in 2011 and years of crippling Western sanctions.

Many big companies in Myanmar initially expressed their commitment to the country in the weeks after the coup, but a months-long army crackdown on strikes and protests and the killing of more than 1,000 civilians has forced many firms to rethink.

BAT did not elaborate on the reason for its decision to pull out of the country.

BAT started operating in Myanmar in 2013, two years after a quasi-civilian government led by technocrats and retired generals embarked on sweeping reforms to lure investors.

The country's fragile economy is now in dire straits, with the kyat currency losing more than 60% of its value last month, pushing up food and fuel costs. The World Bank has forecast an 18% contraction in gross domestic product this year.

The United States, Britain, Canada and the European Union have responded by imposing targeted sanctions on the military and its vast network of business interests.