Clash over Myanmar representation at UN averted for now

Ambassador was fired by junta but claimed to remain legitimate representative 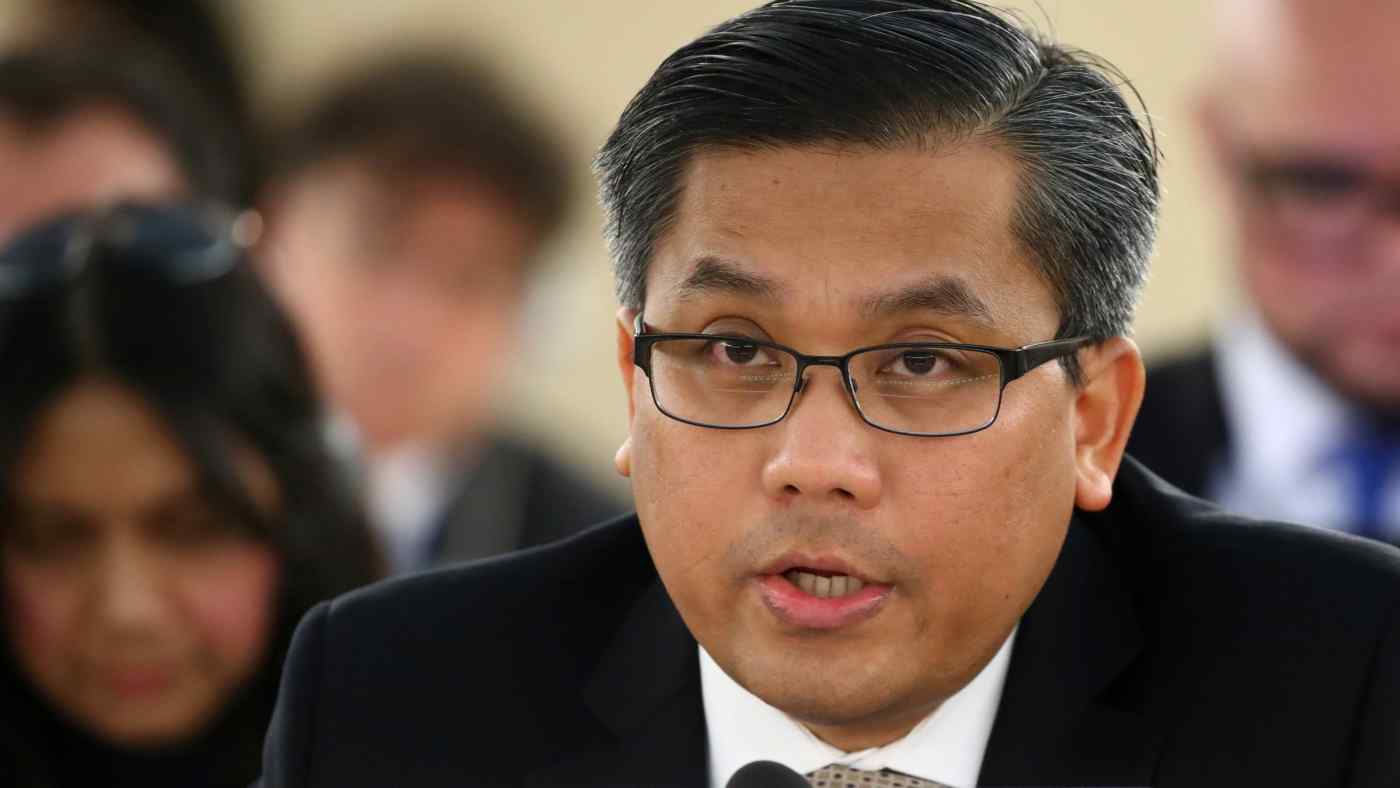 NEW YORK (Reuters) -- A clash was averted over who represents Myanmar at the United Nations in New York following a Feb. 1 military coup, after the junta's replacement quit and the Myanmar U.N. mission confirmed that Ambassador Kyaw Moe Tun remained in the job.

Kyaw Moe Tun was fired by the junta on Saturday, a day after he urged countries at the 193-member U.N. General Assembly to use "any means necessary" to reverse the coup that ousted the nation's elected leader Aung San Suu Kyi.

The junta appointed deputy U.N. Ambassador Tin Maung Naing to replace him, but he has since resigned and Myanmar's U.N. mission told the United Nations, in a note seen by Reuters on Thursday, that Kyaw Moe Tun remained the country's envoy.

In Washington, Myanmar's embassy also signaled a break with the junta on Thursday, issuing a statement decrying the deaths of civilians protesting the coup and calling on authorities to "fully exercise utmost restraint."

Police in Myanmar broke up demonstrations in several places with tear gas and gunfire on Thursday as protesters took to the streets again, undeterred by the rising death toll in a crackdown on coup opponents.

"Instead of demonstrating respect for the rule of law, pursuing dialogue and refraining from violence, the military has dramatically accelerated violence against the people of Burma," U.S. Ambassador to the United Nations Linda Thomas-Greenfield said on Thursday. "This is simply unacceptable."

Myanmar's representation at the United Nations could become an issue again if the junta tries to appoint a new ambassador. Rival claims on a seat at the world body are ultimately addressed by the 193-member U.N. General Assembly.

The U.N. special envoy on Myanmar, Christine Schraner Burgener, has warned that no country should recognize or legitimize the Myanmar junta.

Reuters was unable to reach Myanmar's ambassador to the United States, Aung Lynn.

A diplomat in the embassy resigned last month over the coup and at least another three other embassy staff posted on their Facebook pages on Thursday that they were joining the civil disobedience movement against the military government.

"I urge to respect the result of the 2020 November election and to return the state power to the people," the three wrote in similar posts, adding that the statements did not mean they were resigning from the embassy.

The U.N. Security Council is due to discuss Myanmar on Friday in a closed meeting. The 15-member council has voiced concern over the state of emergency, but stopped short of condemning the coup due to opposition from Russia and China.